RUSHLANEDAILY AUTO NEWS
HomeCar NewsMG Gloster could be the name of MG's first SUV for India...

To be launched by June 2019 in India, the all new MG SUV could be named Gloster. The name Gloster has been derived MG Motor’s British Heritage, reveals Economic Times.

MG Gloster SUV was has been now spied testing in Himachal Pradesh, on its way to Leh Ladakh. Almost every car maker in the country takes their upcoming cars to Leh Ladakh for road test. Same is true for MG Gloster SUV. The high-altitude, mountainous terrain of the region, will be a good test for the car’s capability.

MG Gloster will be a premium offering in the mid-sized C segment, where it will compete with the likes of Jeep Compass and upcoming Tata Harrier. MG Motor has released limited info about its upcoming Gloster SUV, which has led to plenty of speculation about its design and features.

MG Gloster SUV test mule has been heavily camouflaged, which makes it difficult to get a clear idea about its exterior features. Latest spy shots from Himachal reveal the signature grille with MG logo in the centre (most likely), LED DRLs and turn light indicators at top corners, ORVM integrated turn lights, prominent lower grille, and large alloy wheels with multi-spoke design. 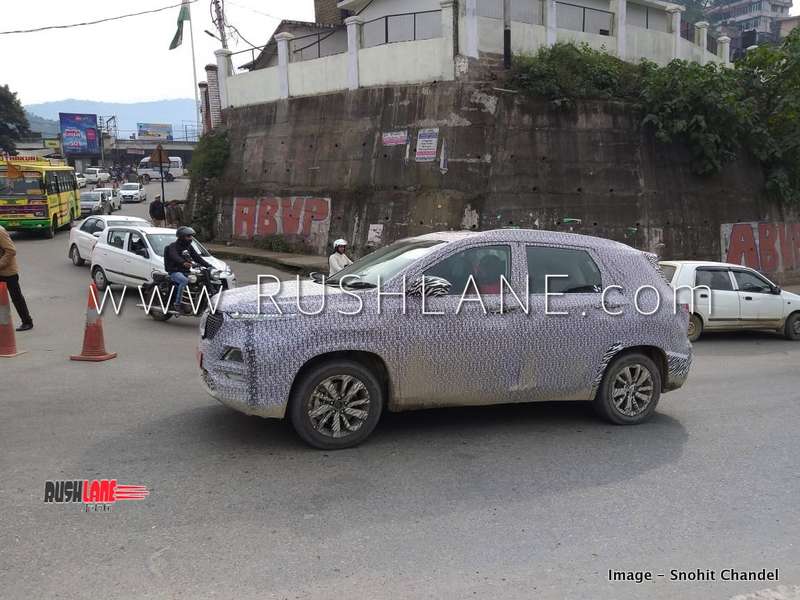 New MG Gloster looks huge and is most probably larger than rivals such as Jeep Compass. Reports claim that MG Motor SUV will be the biggest SUV in its segment, even bigger than the Harrier. Gloster is expected to be 4,655 mm length, 1,835 mm width and 1,760 mm height. It will be initially launched as a 5-seater premium SUV. This means that the MG Gloster will be longer and taller than Harrier, but not wider.

MG India Gloster SUV will be offered in both petrol and diesel variants. Petrol variant is expected to be powered by a 1.5-litre turbocharged petrol engine whereas diesel variant will most likely have Fiat sourced 2.0-litre turbo diesel engine, same which powers Compass and Harrier. Both engines will be compliant with BS-VI emission norms. 4×4 (4WD) and automatic transmission will be offered in top end variants. Expect prices to be in the Rs 18 lakh range.