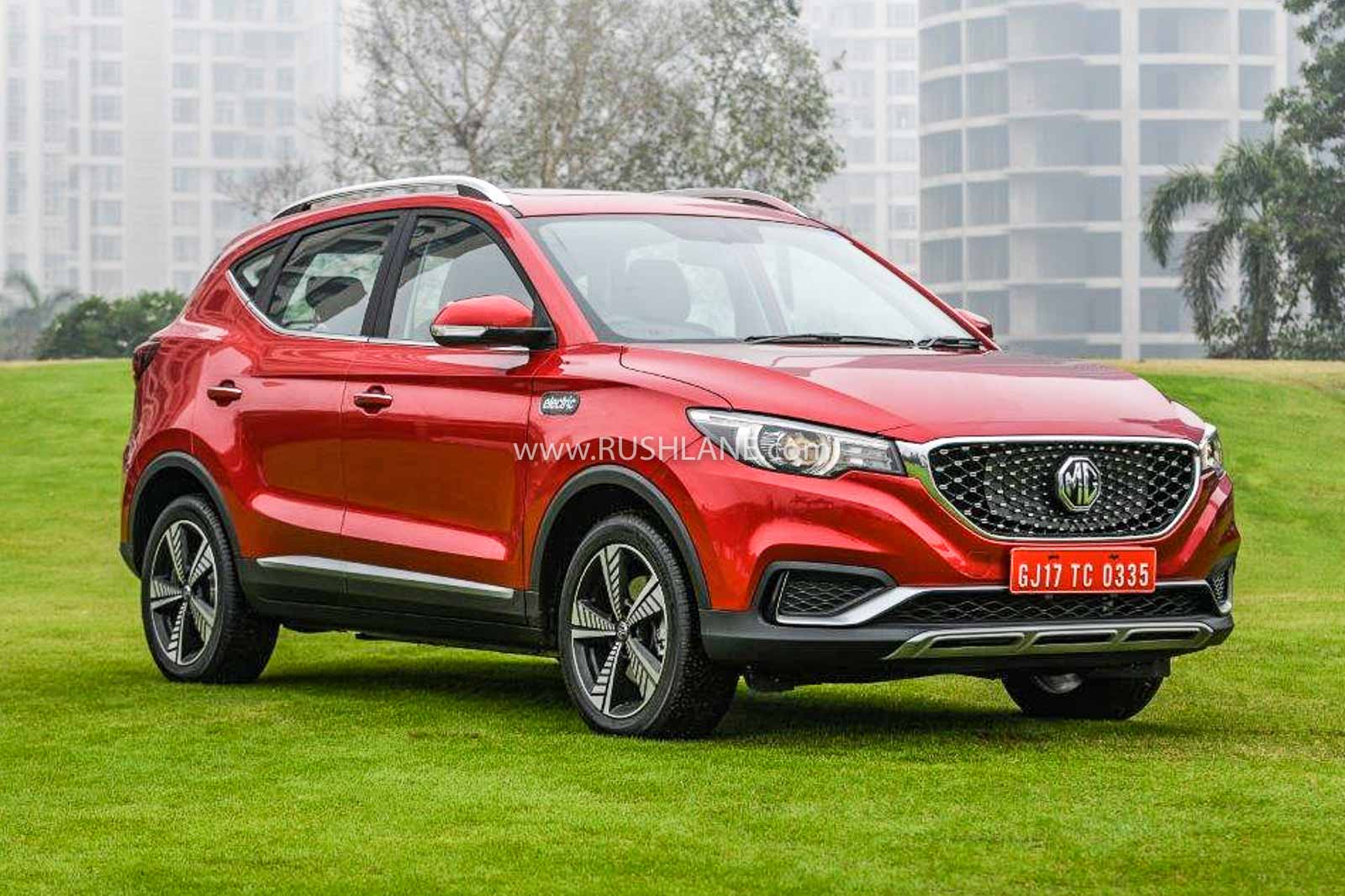 MG Motor India’s second car, ZS electric has received record number of bookings. And this is even before the car has been launched or price has been announced.

Bookings for the MG ZS EV were started back on December 21 for an amount of Rs 50,000 in five select cities: Delhi, Mumbai, Ahmedabad, Bengaluru and Hyderabad. Alongside its official unveiling, the company had shared that the first 1,000 customers of the EV would be getting exclusive introductory price figures.

But now, the company has revealed that bookings have crossed a record mark of 2,800 units – in just 27 days. But as the ZS EV is only going to be launched in five cities in first phase, only 2,409 bookings of the total 2,800+ received, will be honoured for now. The first five cities to get the car are – Delhi/NCR, Mumbai, Ahmedabad, Bangalore, and Hyderabad. The remaining of about 400 bookings will be honoured at a later date. 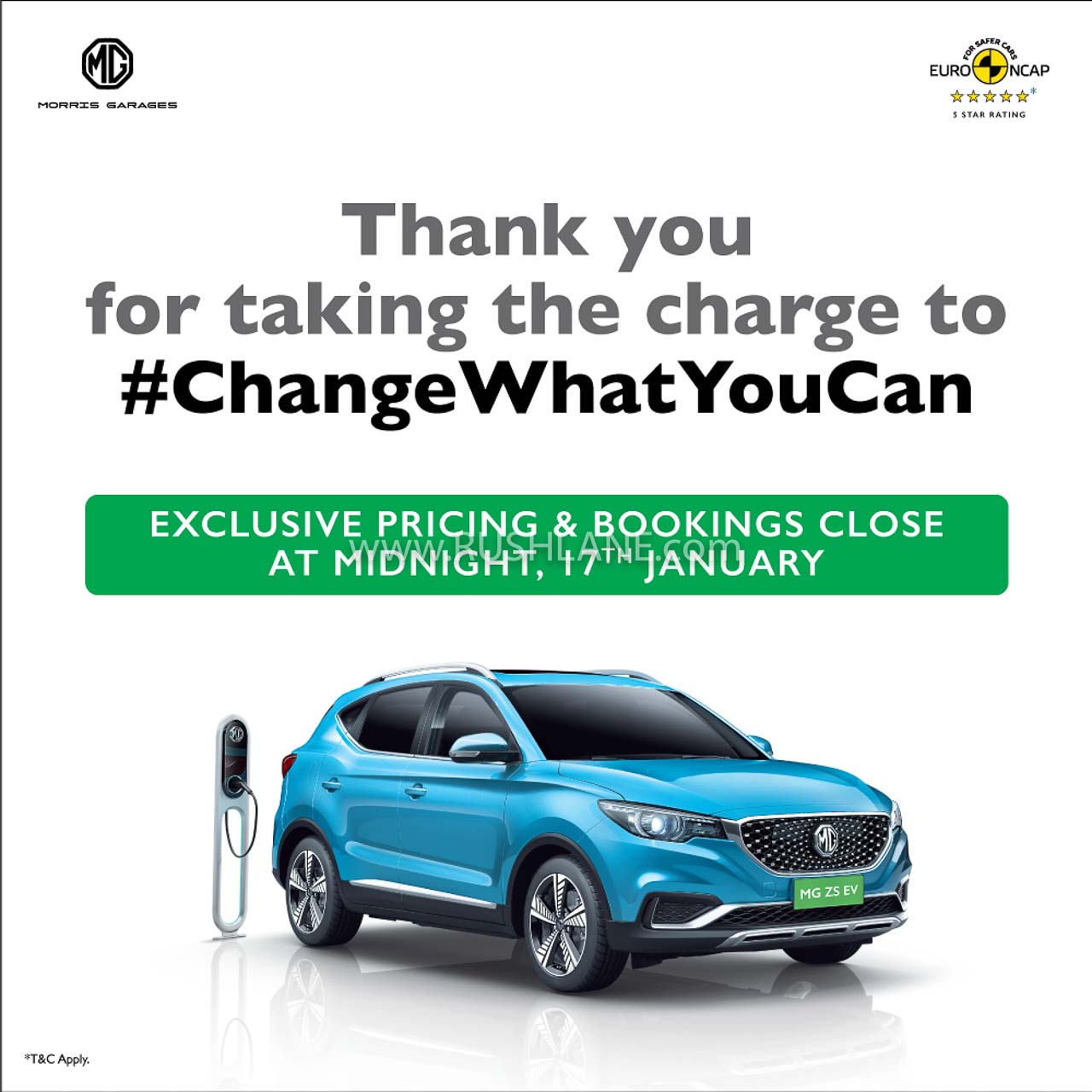 Of the 2,800 bookings received, highest is from Bangalore, followed by Hyderabad. About 40% of the bookings were made online. This booking number of 2,800 is more than the combined electric car sales of India in the year 2019 (which was at about 1,500 units). Just like their first car Hector, the MG ZS electric is also setting new benchmarks in sales.

Rajeev Chaba, President & MD, MG Motor India, said, “MG Motor India entered the EV space as a catalyst for the country’s nascent EV revolution by providing a complete, end-to-end ecosystem. The overwhelming response that we have received for the ZS EV validates our faith and highlights how ready the consumer market is for a new-age EV proposition when provided with the best-in-class product and infrastructure. We are compelled to announce a temporary halt in bookings, yet again, and would like to thank our customers for their belief in the motto of #ChangeWhatYouCan.”

The India-spec MG ZS (aka the eZS in certain markets) is a CKD (Completely Knocked-Down) product, assembled at the company’s facility in Halol, Gujarat. The electric four-wheeler segment of the Indian automotive market is still at a dormant stage with only a few players (with no direct rivals). However, OEMs are becoming more interested in the segment as the demand of EVs would only increase in the long term, thanks to stringent emission norms and government-subsidies for electric vehicles.

Expected prices for the MG ZS EV stay around Rs 20 lakh ex-showroom for the Excite and Exclusive variants. As mentioned before, the first 1000 customers will be able to drive home the EV with an additional discount from these figures. Once launched, the Hyundai Kona may be the only direct rival to the electric MG SUV while the Tata Nexon EV could act as a desirable, cheaper and smaller alternative in India’s emission-free driving scenario.

The MG ZS EV is powered by a 44.5kWh IP6-certified Li-ion battery back assembled at the Halol facility. Coupled to a synchronous motor, the powertrain generates 141bhp and 353Nm of torque. Maximum range is claimed to be around 340km on a single charge while the SUV has a rather impressive 0-100km/h acceleration time of 8.5 seconds.

The battery pack can be charged up to 80 per cent in 40 minutes using a 50kW DC fast charger. A standard 7.4kW wall charger pushes the charging time to seven hours. The company is seriously looking into installing DC super-fast-charging outlets across the country; starting with the markets in which the vehicle will be initially sold.