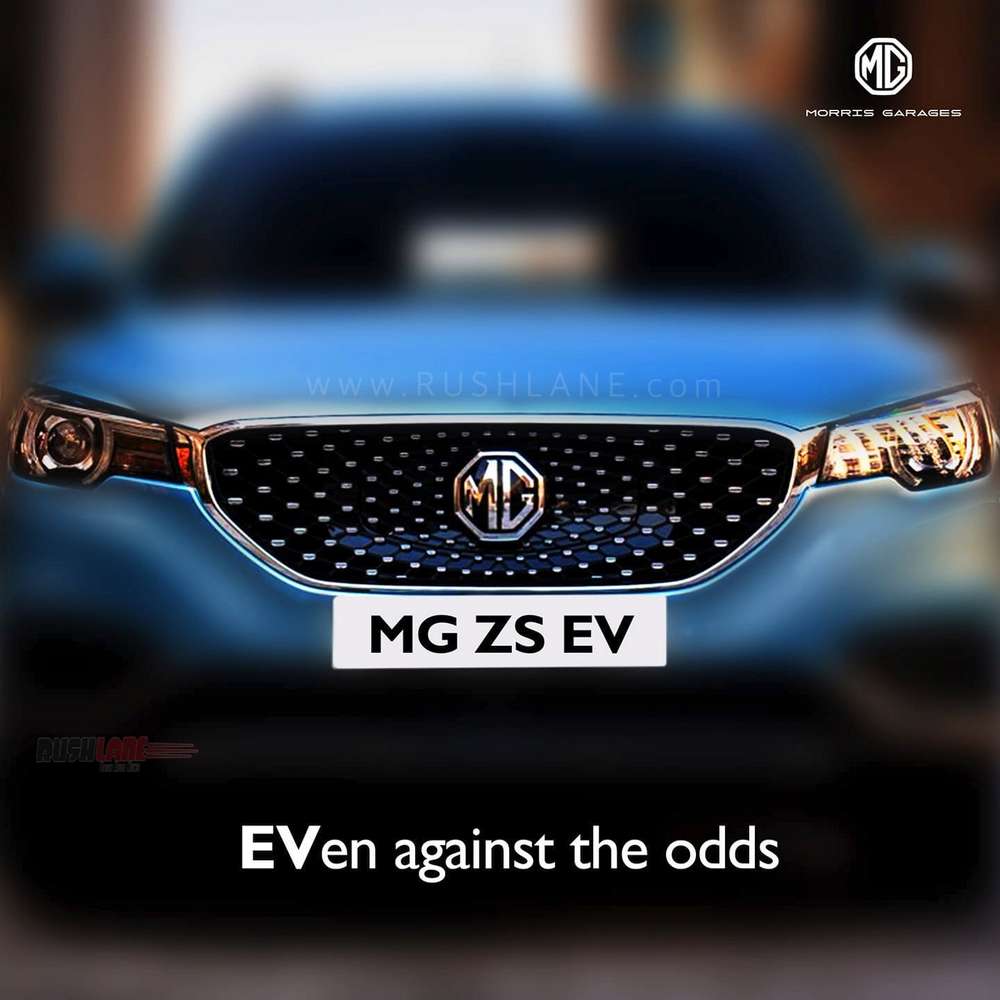 MG Motors has had a splendid start in the Indian market, especially considering the overall negative sentiment and sales trends in the industry. Hector bookings have crossed 43,000 mark.

However, MG realizes that it needs to expand quickly to stay relevant in the market and new product launches is clearly the way ahead. Earlier, we have seen Jeep struggling with sales due to over dependence on just one product, which was the Compass, coincidentally a close competitor of the Hector from MG.

As reported earlier, MG’s next product for India will be the eZS SUV which will make it the first electric car from MG. The SUV has now been teased officially by the company on their Facebook page.

The electric vehicle had made its debut earlier in 2018 at the Guangzhou Motor Show. From the outside, the eZS resembles its fossil-fuel counterpart, the ZS SUV, except that it does not feature a typical radiator grille and comes with a different set of alloys which provide lower aerodynamic drag. Just like the Kona from Hyundai, it looks more like a crossover and less like a conventional SUV.

The eZS has an overall range of over 300 kms (on a single charge). It derives its power from a water cooled 44.5 kWh lithium ion battery which supports fast charging. There is a single 148 bhp motor which dishes out a maximum torque of 350 Nm. It allows the car to do a 0-100kmph in 8.5 seconds while the top speed figure stands at 140 kmph. Just like its cousin (the Hector), expect the eZS to be loaded with multiple creature comfort features.

As far as production in India is concerned, MG has already aligned its Halol plant for manufacturing of the eZS. The eZS will also qualify for various incentives from the government under the FAME-II policy. Additionally, certain state governments have started to provide benefits to e-vehicle owners and the eZS will qualify for those subsidies as well.

The eZS will directly compete with the Kona electric which was launched earlier this year. The Kona is currently priced at INR 23.7 lakhs. However, considering the way MG has priced the Kona in UK, we can expect the eZS to undercut the Kona by INR 2-3 lakhs. Pricing is expected to begin around the INR 18-19 lakh mark.