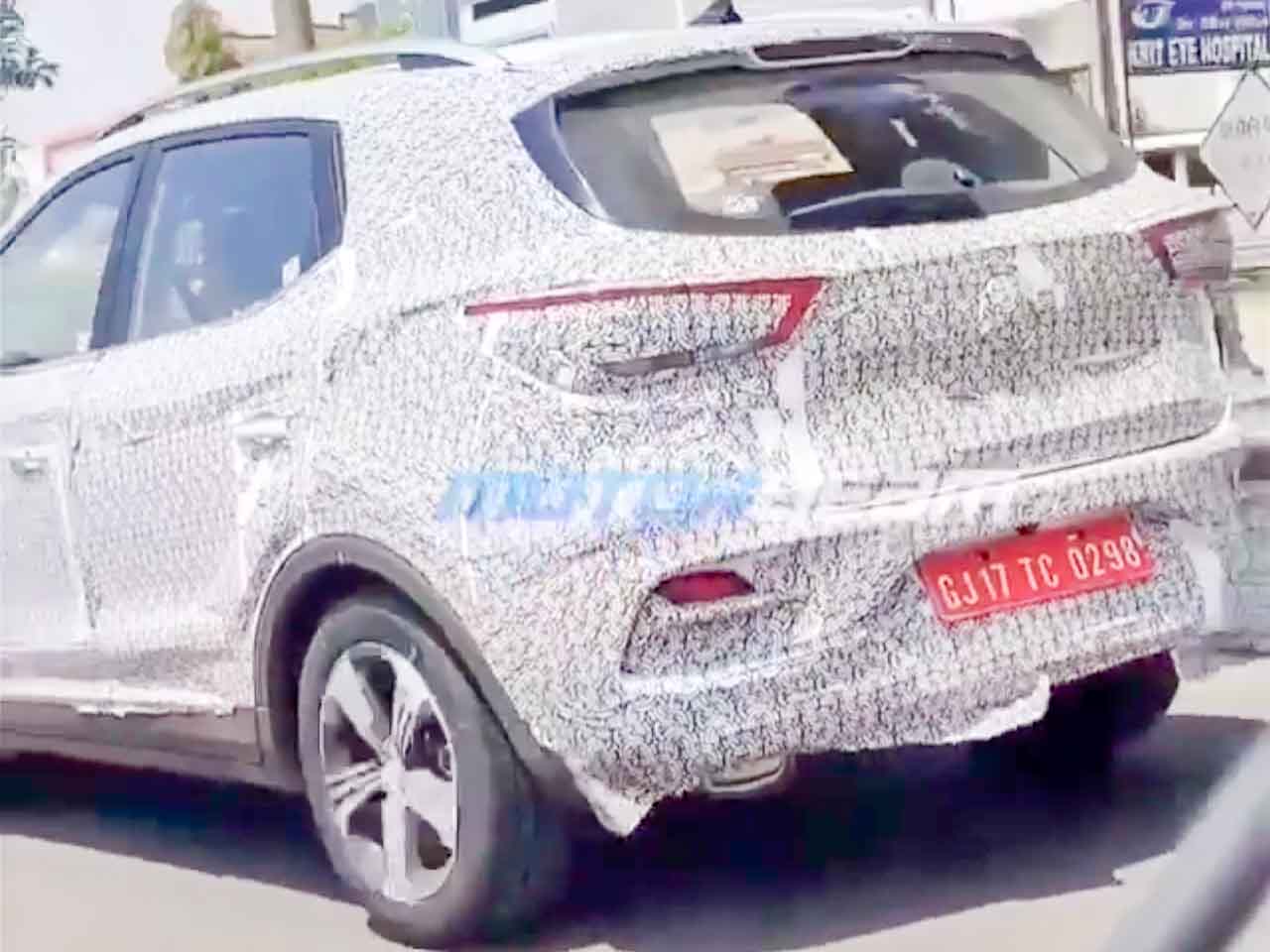 First showcased at the 2020 Auto Expo, MG will launch a petrol variant of the ZS SUV in India soon

In India, MG’s second product was the MG ZS EV. Hence, for most Indians, ZS resonates with an electric vehicle. However, in international markets, MG sells the crossover with multiple powertrain options, including petrol motors.

At the 2020 Auto Expo, MG had displayed the petrol version of the MG ZS. The Chinese owned British manufacturer had not committed about any launch plans of the petrol/diesel version of the crossover. However, recently a fully camouflaged test mule of what looks like a petrol ZS has been spotted testing in India.

In international markets, the ZS is available with multiple engine options. These include a 1.3 litre turbo petrol motor which dishes out 160 bhp & 230 Nm of peak torque. This engine is sold along with 2 transmission options, a 5-speed MT and a CVT. Other engine option includes a naturally aspirated 1.5 litre petrol motor which churns out 118 bhp & 150 Nm of max torque and comes mated to a 6-speed AT as standard. Both these engine options are available in China.

In Thailand, the same crossover is sold with a 1.5 litre naturally aspirated petrol motor which generates 112 bhp & 150 Nm of torque and comes mated to a CVT as standard. Hence, it remains to be seen, which motor will MG decide to bring in India. However, it is safe to assume that there will be a petrol engine option for sure. Chances of a diesel engine options are less, but can’t be ruled out completely.

Like its EV counterpart, the ZS will be a heavily loaded crossover. The top-end ZS should mostly pack a panoramic sunroof, 10.1 inch touchscreen infotainment unit which will be compatible with Apple CarPlay and Android Auto, air purifier, fully digital instrument cluster, LED headlights, LED tail lamps and 17-inch alloy wheels.

MG could potentially launch the ZS petrol in India by March 2021. Once launched, the MG ZS will be a direct competitor to vehicles like Hyundai Creta, Kia Seltos, Nissan Kicks, Renault Duster and the recently launched Maruti S-Cross. Pricing could be in the range of INR 9 – 14 lakhs. Effectively making ZS Petrol the cheapest offering from the company in India.

This will help MG to further improve its presence in the Indian SUV space. It already has MG Hector, MG Hector Plus, MG ZS EV and is also scheduled to bring in the MG Gloster. Segment’s best sellers like Creta and Seltos have been clocking monthly sales of around 8-10K units and with the ZS petrol, MG would want to have a slice out of the same pie.