MG Motor already announced that the second model for India is the ZS electric compact crossover. The SUV which is slated to compete with the Hyundai Kona has been spotted testing in India on several occasions.

MG’s recent filing with the government of India indicates that the newly entered automaker could also be thinking about introducing regular petrol variants of the car. Such filings are not obvious signals of launch plans as the company could simply be covering all the bases should an opportunity arise at a later stage.

As of now, the MG ZS electric will be made locally for our market and is expected to be launched in early 2020. The pure electric variant is powered by a motor which produces 143 hp and 353 Nm of torque. The motor is supported by a 44.5 kWh lithium ion battery pack. The vehicle has a range of 262 km as per WLTP driving cycle. Expect the ARAI certified range to be significantly higher. 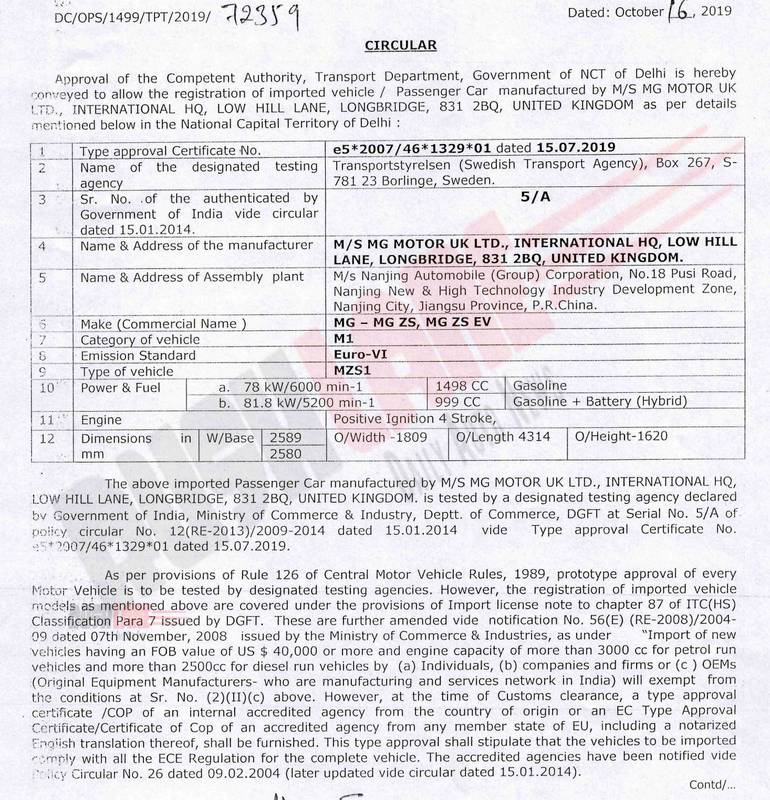 Through a standard charger, the eZS can be fully charged in about 6 hours while a DC fast charger can achieve 80% charge in just 40 minutes. During his previous media interactions, MG Motor India’s CEO Rajeev Chaba stated that the vehicle will be priced over INR 20 lakh.

The MG ZS petrol variants, if launched in India, should be priced well below the larger Hector which currently starts at INR 12.81 lakh. This would mean heavy localization which in turn would mean heavy investments. The Chinese-owned British brand will be making its future investment and product decisions based on the sustained demand for its maiden product, the Hector. 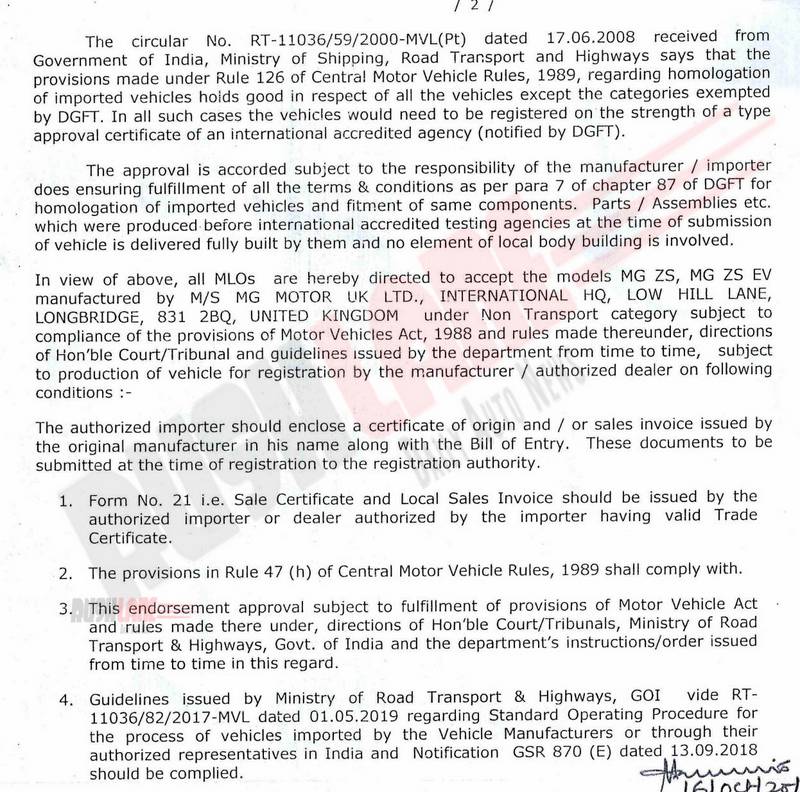 The ZS recently received a facelift in Chinese market. The compact crossover is available in two petrol engine options as specified in the filing. The base motor is a 1.5-liter naturally aspirated unit which is good enough for 106 hp. The top-end petrol variant is powered by a 1.0-liter turbocharged petrol motor with a hybrid system. Power output stands at 111 hp. The numbers are adequate but not segment leading.

It is reasonable to assume that only the MG eZS will be introduced in India for now. However, one can’t rule out the introduction of petrol variants at a later stage.