The limited-run Special Edition model can be booked exclusively on the brand’s official India website. Designed as a tribute to its mouthful moniker, the MINI John Cooper Works GP Inspired Edition has been developed to bring racetrack flair to the hatch and has been priced at Rs 46.90 lakh (ex-showroom, India).

BMW, the parent company of MINI, claims that the new MINI John Cooper Works (JCW) is an “intensive expression of motor-sport passion” and hence carries the same DNA as the first model of this range developed by its inventor John Cooper. Following on the footsteps of the 2006 and 2013 models, the design of the latest limited edition MINI is largely inspired by the first JCW GP model. 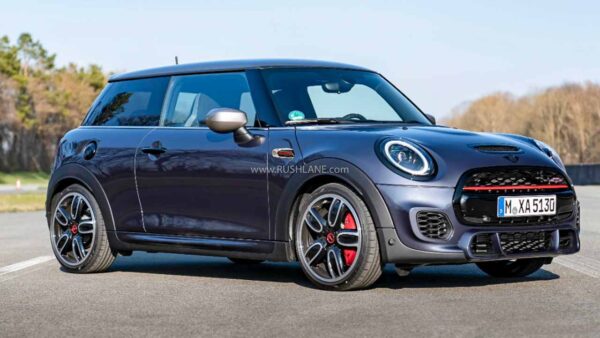 Stepping inside the cabin, it proves that it belongs to pure racing heritage as it features JCW Sports Seats in Leather Dinamica finished with GP badging. The GP logo can also be seen on the floor mats of the driver and front passenger whereas the rear floor mats are finished in red stitching. 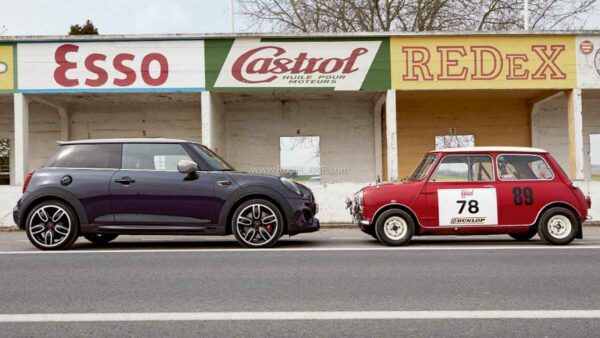 The steering wheel is wrapped in ‘Walknappa’ leather with red contrast stitching. Similar red accents are spread all across the cabin- both inside and outside. Even the key gets an exclusive 3D printed GP inspired keycap. JCW heritage can also be witnessed in door sill finishers with a GP badging and stainless steel pedal caps.

Coming to its equipment list, it is offered with a 6.5-inch touchscreen infotainment system with standard features such as AppleCarPlay, Radio MINI Visual Boost with touch functionality and MINI Navigation System. It is offered with a Harman Kardon Hi-Fi Audio System with 12 speakers and an eight-channel digital amplifier. 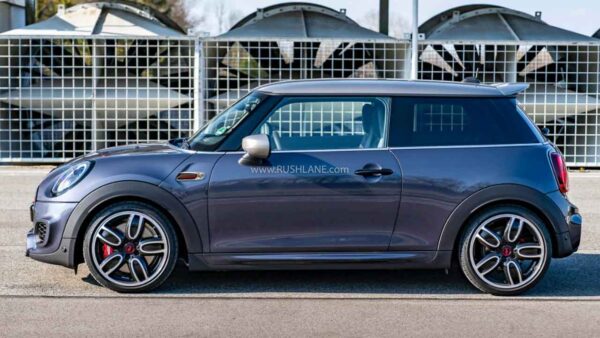 Speaking of its powertrain, it is powered by a 2.0 litre, 4-cylinder Twin-Turbo engine which pushes out 231 bhp and 320 Nm of peak torque. This unit is mated to an 8-speed Steptronic automatic transmission. Its racing DNA genes are further proved by its performance which does a 0-100 kmph sprint in just 6.1 seconds.