Mitsubishi showed off the Engelberg Tourer at the ongoing Geneva Motor Show. Named after a well known ski resort in the Central region of Switzerland, the Engelberg is a full size, 7 seater, plug in hybrid SUV that boasts of macho character, subtle and functional interior features and a host of onboard technology.

The cabin is large and spacious allowing for a comfortable travel to 7 adults. To cater to its off roading and all weather capabilities, it has a set of off LED lights affixed to the top of its roof. The front-end gains the brand’s dynamic shield grille with movable shutters to reduce drag and thereby enhance efficiency while other aero related features include a sleek roof box with LED fog lamps and massive alloy wheels with flat disc surface. 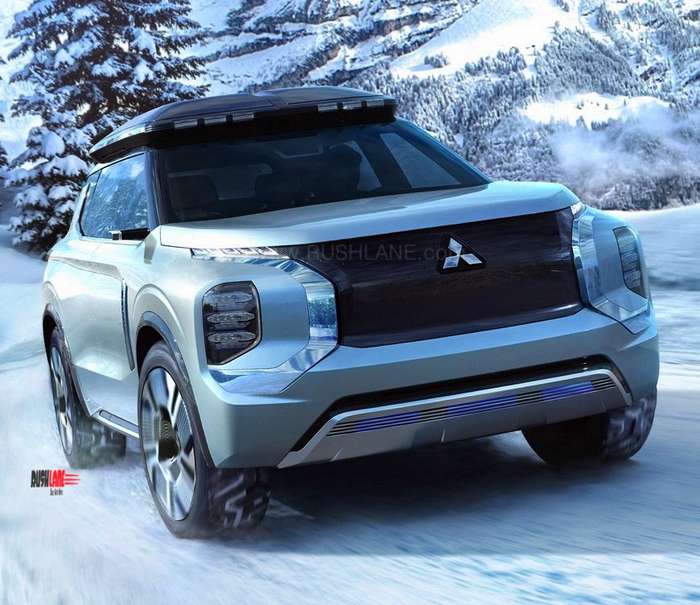 The interiors also sport an onboard navigation system with the driver setting destination. Once the destination is set, the system takes factors such as weather, temperature, topography, and traffic and road conditions into consideration, and accordingly adjusts the drive mode.

Mitsubishi Engelberg Tourer plug in hybrid electric vehicle. It comes with a large battery, which is fitted below the floor in the center of the vehicle. It gets a twin motor system that ensures better performance, and efficiency. All this in spite of it being a huge SUV with 7 seats and 3 row seating space. 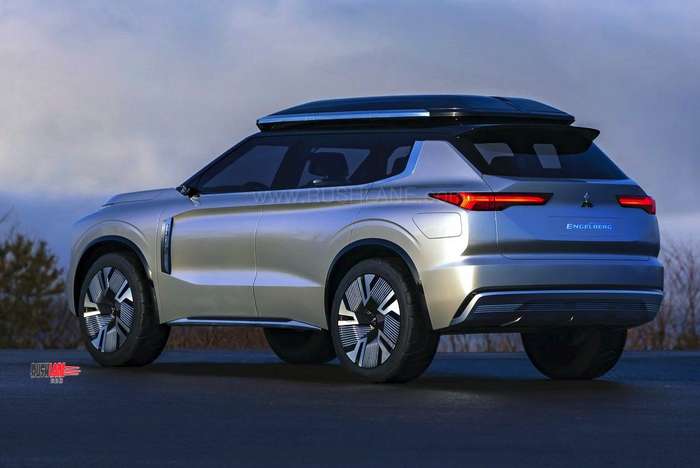 The 2.4 liter, 4 cylinder petrol engine gets mated to a 20 kWh battery pack, offering an pure electric range of 71 kms on the new Worldwide Harmonized Light Vehicle Test Procedure (WLTP) cycle. The combination of the fully charged battery and fuel tank extends this range upto over 700 kms. It was a similar engine set up that was seen on the Mitsubishi e-Evolution concept.

On the Mitsubishi Engelberg Tourer, the Japanese automaker is also previewing a home charging system called ‘Dendo Drive House’ (DDH). This system uses a bi-directional charger along with solar panels and battery which can be charged via solar panels; while at the same time allowing the car to supply electricity to the house in situations of emergency.

Though there is no official word, reports suggest that this SUV concept will be the inspiration to next generation of future SUVs of Mitsubishi. The design characteristics could define the upcoming new gen variants of Outlander and Pajero. Take a detailed look into the concept in the images below.