Mitsubishi Motors Thailand has now reported five million units produced at the Laem Chabang plant. A Mitsubishi Pajero Sport rolled out to commemorate the 5 millionth vehicle. Mitsubishi Motors began Thailand operations in 1961, and reached the first millionth production mark in 2003, the 2nd in 2010, the 3rd in 2013, and 4th in 2015. 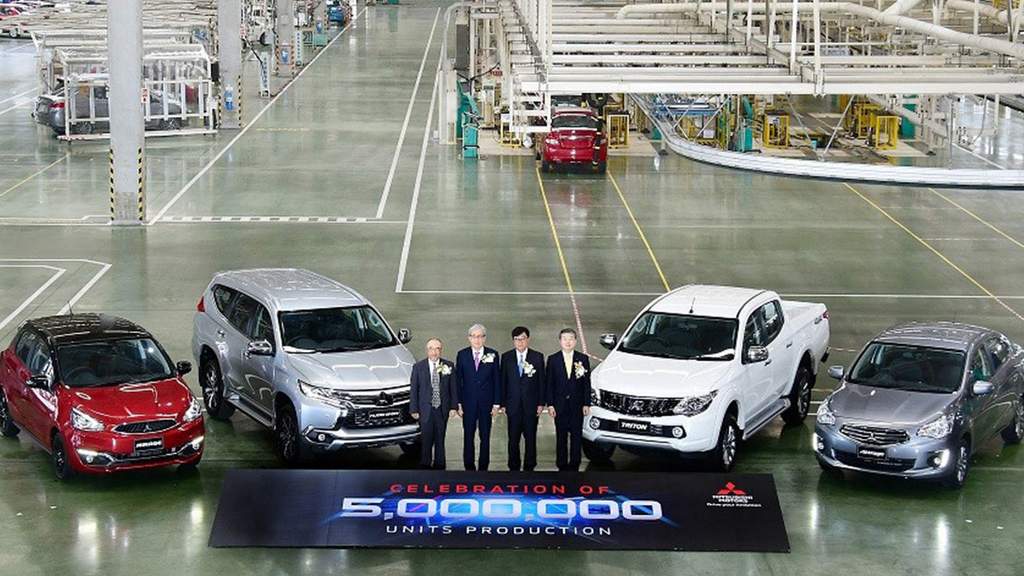 Dignitaries who attended the event include Somkid Jatusripitak, Deputy Prime Minister of Thailand; Mr. Shiro Sadoshima, Ambassador Extraordinary and Plenipotentiary of Japan to the Kingdom of Thailand; Mr. Osamu Masuko, CEO of Mitsubishi Motors Corporation and BOI’s Honorary Investment Advisor, among others.

Dr. Somkid Jatusripitak said, “Mitsubishi Motors Thailand’s milestone today underlines the role of the automotive industry as one of Thailand’s growth engines. The company’s commitment to Thailand, and its leadership in sustainable practices is initiative that will help us achieve our national economic goals.” 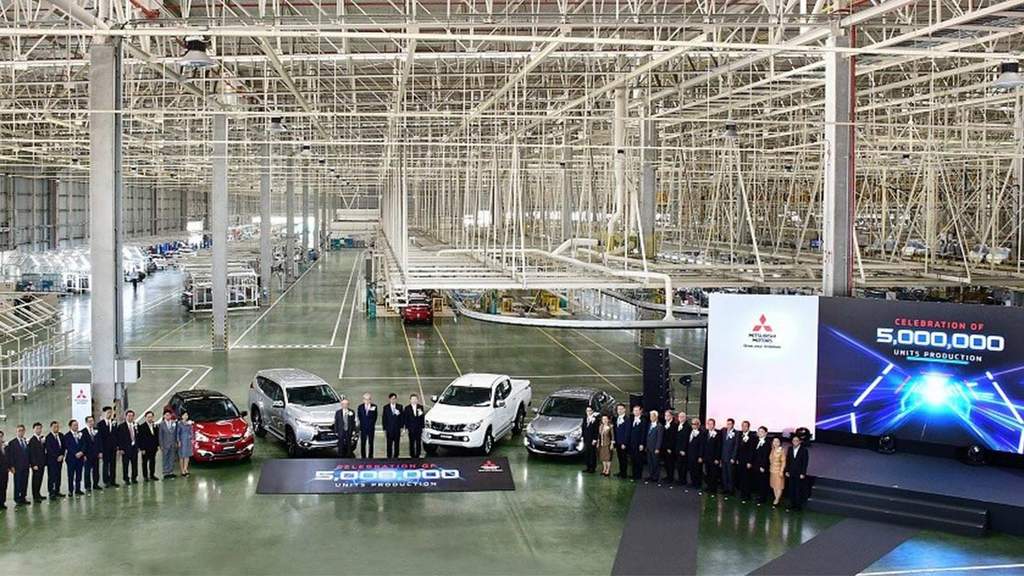 Osamu Masuko, CEO of Mitsubishi Motors Corporation said, “We have always had the confidence in Thailand’s potential for domestic market growth. Its long-term policies to grow the automotive industry also augur well for our business.”

Morikazu Chokki, President and CEO of Mitsubishi Motors (Thailand) says, “We will continue to pioneer new segments and technology. We will innovate and enhance hard and soft technology into human-centric packages, and deliver versatility, driving confidence and functionality. This forms the basis of our global tagline ‘Drive your Ambition’ and is our commitment to our drivers.”