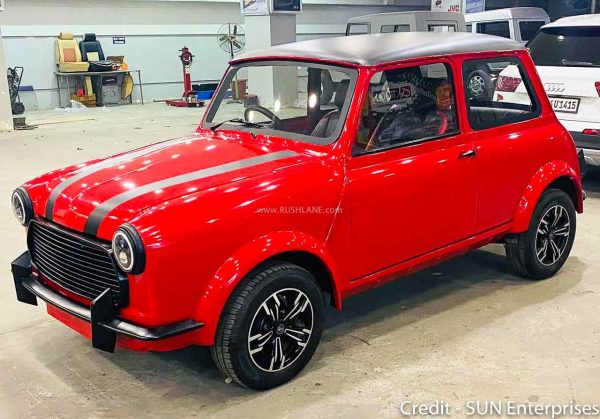 At a quick first glance, most people would be sold on the idea that this cheerful little red thing is indeed the original Mini Cooper from yesteryear. But keep starring at it for a little longer and you would realize it is not as mini as a Mini should be! Whoever imagined that the Premier Padmini would make a good Mini Cooper has to be appreciated.

Popularly known as the Fiat Padmini by many, it is basically the Fiat Millecento; which arrived in India via Premier Automobiles in the 70s. It once dominated the Indian automotive market along with the HM Ambassador. So, it is no surprise that there are still enough of them in working order across the country.

A good proportion of the Padmini owners either choose to restore the vintage sedan or modernize it to some extent. Coimbatore-based Sun Enterprises, however, decided to go on their own way by modifying the Padmini to look very similar to the Mini Cooper. It must be said that they did a pretty good job of it. 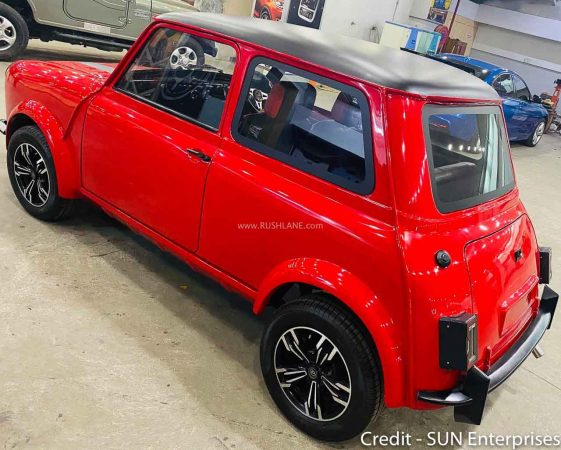 Mimicking the iconic compact hatchback means the Pandmini’s boot has to be amputated. The modified rear fascia features a tiny low-mounted hatch lid just like the original Mini. The modified Premier Padmini also sacrificed its rear doors in the interest of looking like the iconic British small car.

The red-black color combination has been extended to the interior as well. Most of the cabin is covered in red-black faux leather appointments while the dashboard receives classic looking dials on the centre console and a custom steering wheel. Access to the rear seats is via a folding front passenger bucket seat. 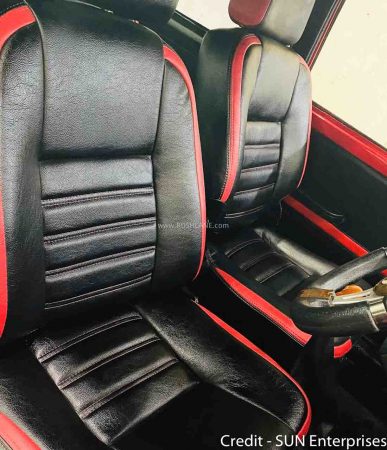 The details of powertrain and mechanical modifications under the skin are not known. We do hope that this modified Premier Padmini has the sound track to go with its appearance. The modification is said to cost nearly INR 8 lakh which is a bit steep but if you can make your good old Padmini look this unique and attention grabbing, then why not?

As evident from the pictures, Sun Enterprises modifies and restores pretty much all types of cars ranging from a good old Padmini to the modern BMWs and Audis.