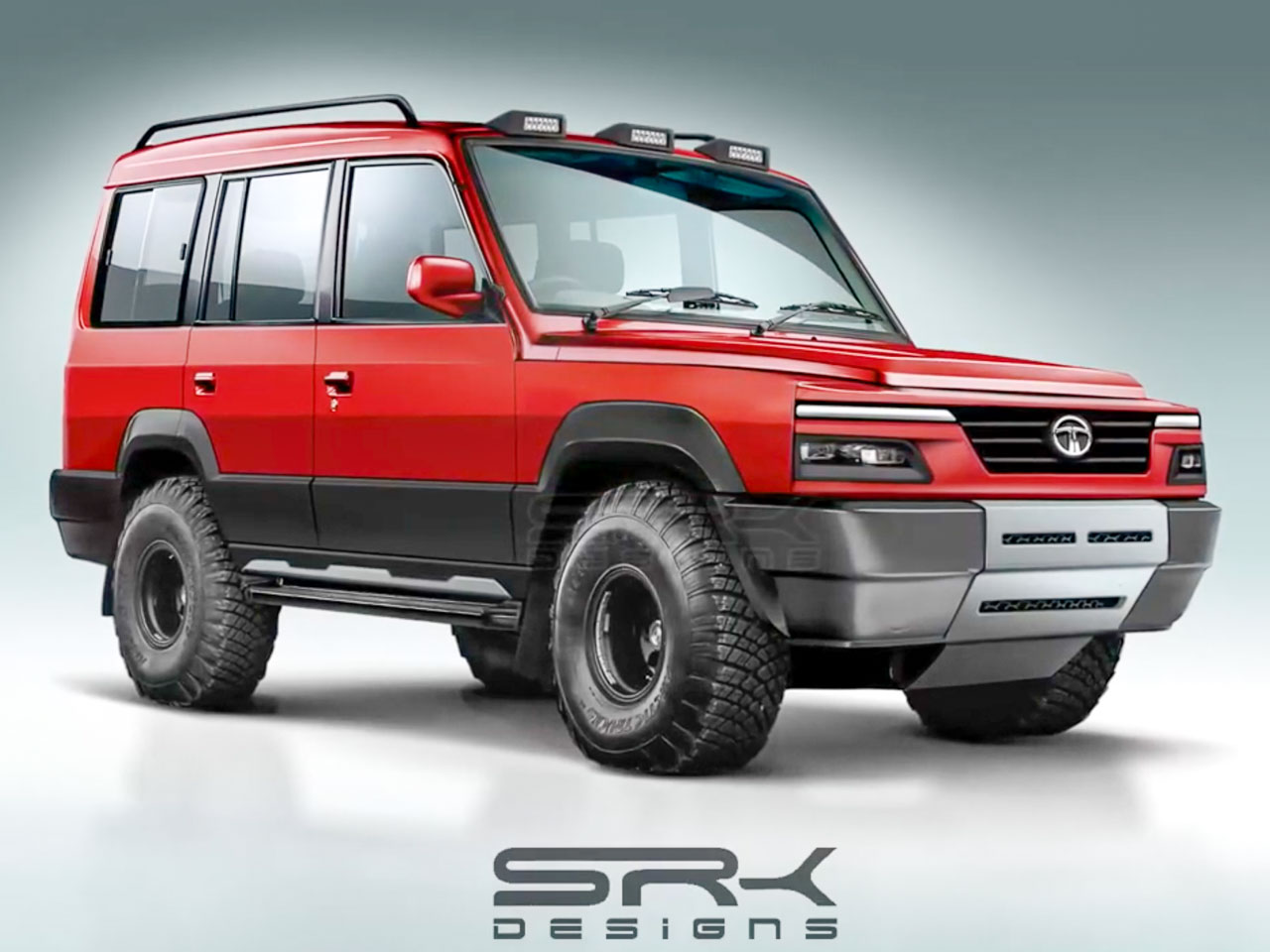 As things stand now, the Tata Sumo is a thing of past. The utility vehicle with simple mechanical configuration had a pretty decent run for several years but when the time came for Tata to make a decision about its future, the market conditions weren’t exactly encouraging enough to spend a fortune on keeping it alive. Moreover, the company’s direction with its successor, the Sumo Grande, proved to be a wrong one. So, the good old Sumo drove into the sunset rather unceremoniously.

As a tribute to the iconic nameplate, rendering artist Shoeb Kalania (SRK Designs) has modified the boxy SUV virtually. The design inspirations for this modified Tata Sumo Gold comes from the brand’s IMPACT 2.0 language with narrow LED signature lights supported by auxiliary units below them. The virtual tweaks to the front fascia also includes smaller grille and a bolder bumper with silver skid plates.

In profile, the taller ride height, small wheels with high-profile off-road tyres, silver accented foot boards, black plastic lower body cladding and roof rails give the otherwise modest looking UV a purposeful stance. The LED spot lights on the roof add to the vehicle’s off-road appeal. So, if you happen to own a Sumo Gold and are thinking of personalizing it, this particular design is not a bad idea at all.

We can’t help but wonder if Tata Motors gave up on its Sumo a bit too soon, especially when you consider that its primary rival, the Mahindra Bolero, continues to be a sales success despite a lack of major mechanical changes.

Moreover, with SUVs dominating the market, it would be a good idea to have a traditional SUV with rugged hardware in the portfolio to address the rural market. We believe there is enough room for both Sumo and Nexon to coexist, notwithstanding a possible price overlap.

As far as the possibility of Tata Motors reviving the Sumo goes, it is anybody’s guess. That said, the company demonstrated its nostalgia by showcasing the Sierra design study at the Auto Expo. With that in mind, we don’t think revival of Sumo is too far fetched an idea.

Tata Motors’ current focus, however, is to introduce the Gravitas (Harrier 7-seater) and a compact SUV codenamed Hornbill (production version of H2X). The company is also busy trying to figure out a best strategy to turnaround its ailing JLR subsidiary.