Morris Garages Motor India (MGMI) – Who, What, When?

After winning hearts in China, UK, Australia, Middle East, Thailand and Philippines, leading carmaker Morris Garages (MG) is gearing up to launch operations in India. MG Motor India (MGMI) has already been incorporated in 2017 and the first of its advanced cars are likely to be launched in 2019. The Indian entity will function as a fully-owned subsidiary of SAIC Motor Corporation, which is China’s largest carmaker and ranked at 36th position in Fortune 500 list. MG is keen on India launch, as the market is huge and presents a significant opportunity for the carmaker.

MG started its journey way back in 1924 in the UK and it became hugely popular for its roadsters, sports cars and cabriolet series. MG cars were among the preferred option for many celebrities and British Royal Family. Over the years, MG has continued to evolve and its current products represent the best that the automotive industry has to offer in terms of technology and innovation. MG now leads in various domains such a new energy vehicle, innovative research capability, advanced powertrain systems, internet and intelligent driving technology. 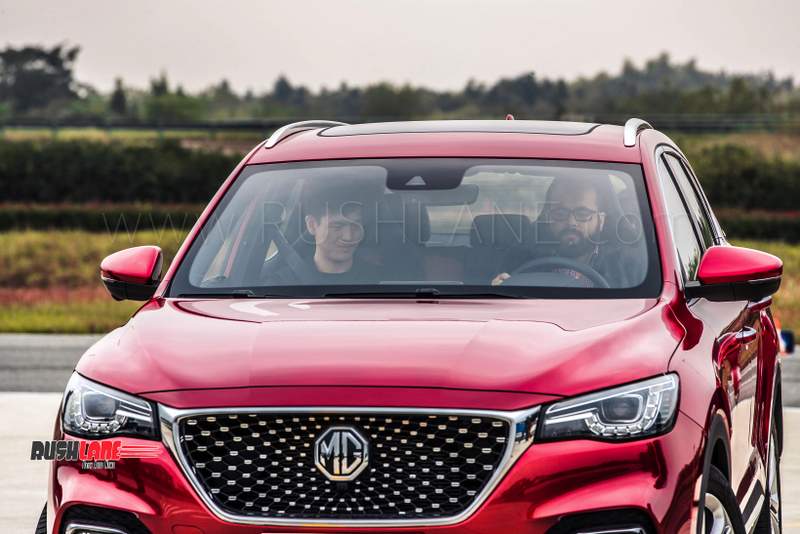 MG manufactures all types of passenger cars, including SUVs. MG vehicles are produced at various locations in China and Thailand and now they will also be produced at MG’s Halol facility in Gujarat, India.

SAIC Motor Corporation, the parent company of MGMI, and also the largest car company in China – excels in automotive research, having established state-of-the-art technical centres in Longbridge & London in UK, Anting and Nanjing. It also has a global independent R&D team comprising over 6,400 engineers who work non-stop to track global advancements in new technology.

SAIC design centre in Anting has been credited with developing innovative vehicle designs, which have received appreciation and acclaim across the globe. We visited the facility during our visit to China. Construction for SAIC R&D centre in Anting began in 2005 and it has been built with massive investments worth four billion Yuan. The huge facility is spread over an area of 419,000 square meters and 242,000 square meters. 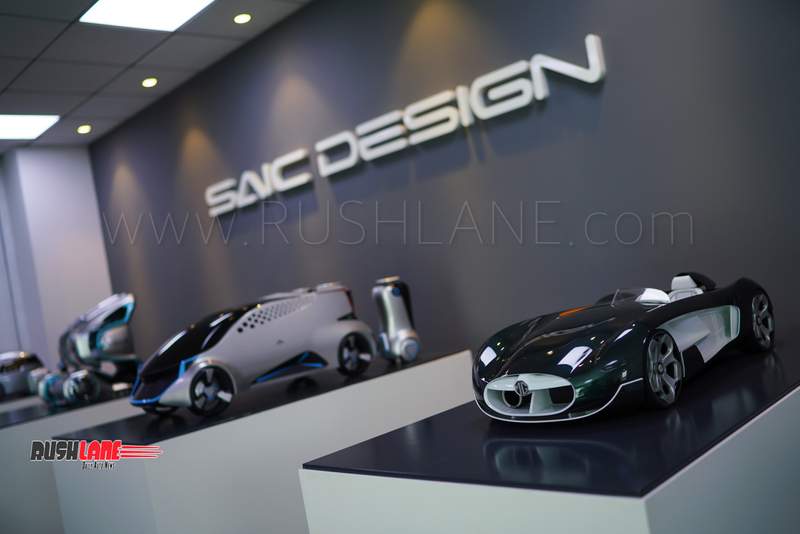 SAIC’s GuangDe Proving Ground is another great asset, as it is the largest such facility in the entire ASEAN region. Launched in 2012, it covers an area of more than 5.67 square kilometres. This is where some of the world’s most advanced vehicles are tested before launch, helping in offering the highest level of performance, quality, durability, and safety to consumers. 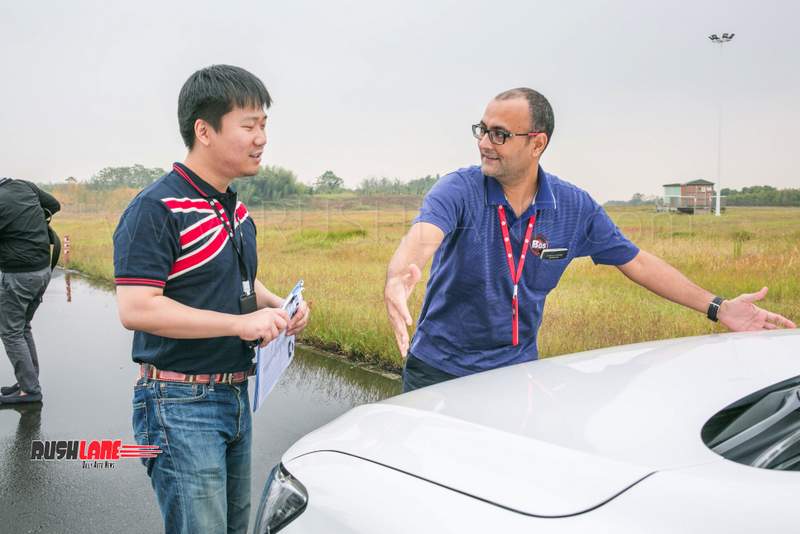 GuangDe Proving Ground also has fully-equipped test roads that are the largest in scale in China. Located in Anhui Province, the field was completed in 2012. Test roads are more than 60 km long and they have over 70 different types of typical pavements. On these test roads, SAIC vehicles have undergone stringent tests, covering more than 20 million kilometres. GuangDe Proving Ground has various test facilities such as durability test, oval track, hill test, environment test, ride and handling, long straightway, low adhesion coefficient and vehicle dynamics. We tested MG and Roewe cars on the proving ground during our visit to China. 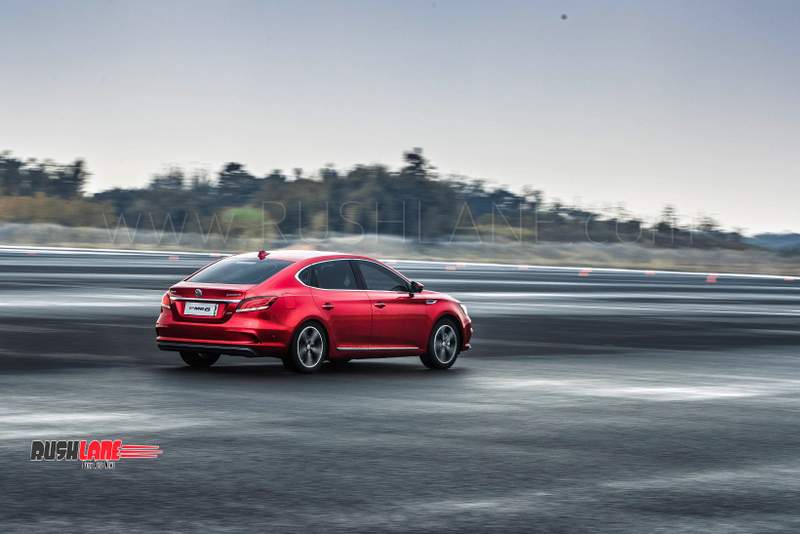 SAIC Motor Corporation owns both MG and Roewe brands and these names can be used interchangeably. The primary difference is that Roewe caters to mainstream Chinese automotive market, whereas MG has global aspirations. MG has shown good growth in 2017, registering sales of more than 160,000 units across the globe. This is 36 per cent more than 2016 sales, which stood at 118,000 units. MG has also registered phenomenal results in home market China, where it has sold more than 180,000 cars in the first nine months of 2018. This represents a whopping 89 per cent growth, as compared to last year.

SAIC is also leading the way in electric vehicles, as the Roewe MARVEL X (electric SUV) was showcased for the first time in Beijing in April 2018. SAIC had also partnered with Alibaba in 2014 to develop the BANMA internet car system, which has led to the launch of Roewe ERX5. Various other internet vehicles have been launched since then including Roewe i6 and Roewe RX3. 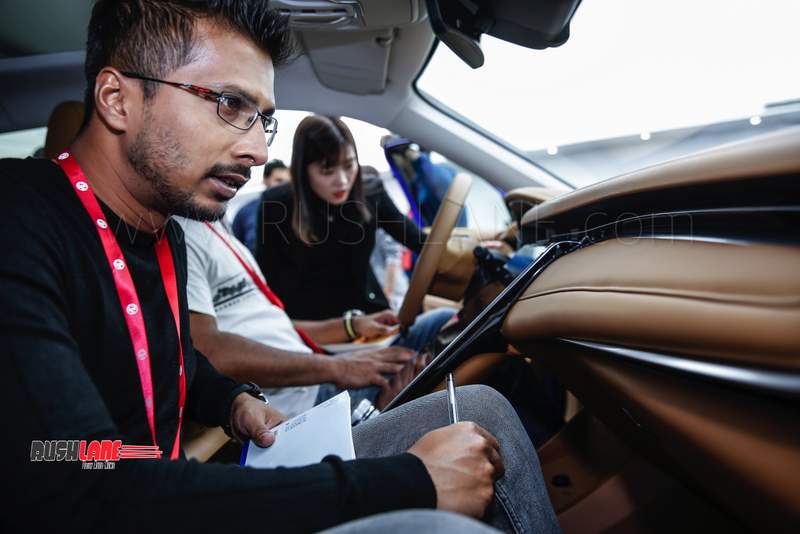 One of the greatest creations of SAIC in terms of SUV innovation is Roewe MARVEL X, which has been tagged as the world’s first mass-produced intelligent vehicle. Roewe MARVEL X is based on the Vision-E concept and it is a pure electric vehicle. It can zoom from 0 to 100 kmph in just 4 seconds, something that puts to shame many of the popular diesel and petrol powered SUVs. Roewe MARVEL X is also the first mass-produced SUV to feature integrated augmented reality (AR), which makes navigation a lot easier and precise. The SUV is equipped with SAIC’s advanced internet car system Version 3.0, which comes with a massive 14-inch screen. The large screen provides enhanced interactive experiences to the driver.

A supercool feature in Roewe MARVEL X is that the vehicle can sense the driver approaching and as soon as it does, the SUV unlocks automatically and other controls also get activated. Another great feature is that it has wireless charging system, which is really unique in the automobile world. The SUV can also find a parking slot and park autonomously. 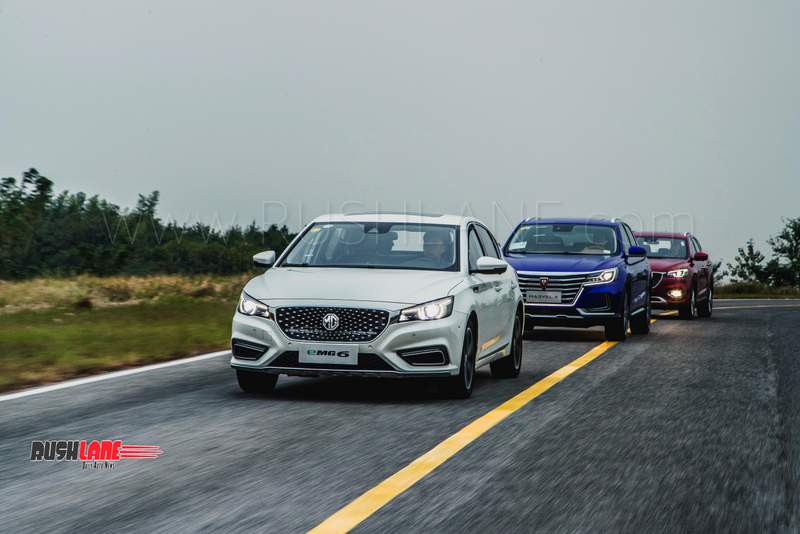 There are various other world-leading cars in SAIC’s stable. For example, there’s MG E-motion, a 2-door roadster powered entirely by an electric motor. E-motion captures the true essence of MG brand, as it has some of the most advanced features and meets the existing requirements of high-profile car buyers. With its sleek sportsback-style design, the all-electric roadster pays tribute to MG’s rich heritage that’s almost 100 years old. It leads the way in adding some fun and style in the seemingly dull and drab world of low emission marketplace.

Another good example is MG HS SUV, which is based on the X-motion Concept. It was launched recently as MG’s global flagship SUV. It is especially developed for young drivers who prefer to have superior style and sophistication in their big cars. Some key features in MG HS SUV include BOSE sound system as standard, 10.1 inch central touchscreen infotainment system, 12.3 inch digital dashboard that replaces the conventional dials, panoramic sunroof and interior ambient lighting configurable in 64 colours. MG’s global flagship SUV also has MG Pilot, an advanced semi-autonomous driver assistance system that performs various critical functions such as adaptive cruise control, lane-keeping assistance and blind spot monitors.

After spending a couple of days understanding MG and their cars, we can say one thing for sure that they do make world class cars of top quality. MG cars can be a true delight for Indian customers, as the carmaker would be offering many segment-first features. Customers can also expect superior performance, durability and safety, as MG cars are synonymous with innovation and advanced technology integration. For those who want to experience the best in automobiles, the wait will be over soon when MG makes its entry in the Indian market in Q2 2019. They will first launch a C segment mid sized family 5 seater SUV with petrol and diesel engine options. The SUV will be priced aggressively and will be bigger than Honda CRV in size. More details will be revealed closer to launch.