MS Dhoni, World Cup winning captain is passionate about cars and bikes and has a massive collection of high end vehicles which include a Ferrari 599 GTO, Hummer H2, GMC Sierra along with two wheelers such as the Kawasaki Ninja H2, Confederate Hellcat, BSA, Suzuki Hayabusha and Norton Vintage. In his possession are over 50 cars and bikes.

He has now added another car to this collection that is the Nissan Jonga one ton truck that has been modified according to Dhoni style at SD Offroaders in Nakodar, Punjab. The Jonga that Dhoni bought was known as the 1 Ton but is actually a 4W70 series vehicle and Jonga is an acronym for Jabalpur Ordnance and Guncarriage Assembly (JONGA).

MS Dhoni latest car, this Nissan 4W73 series truck is painted in a brilliant green. Dhoni rode in this vehicle when he went to meet with Team India members at the Ranchi Stadium after the Test match against South Africa. 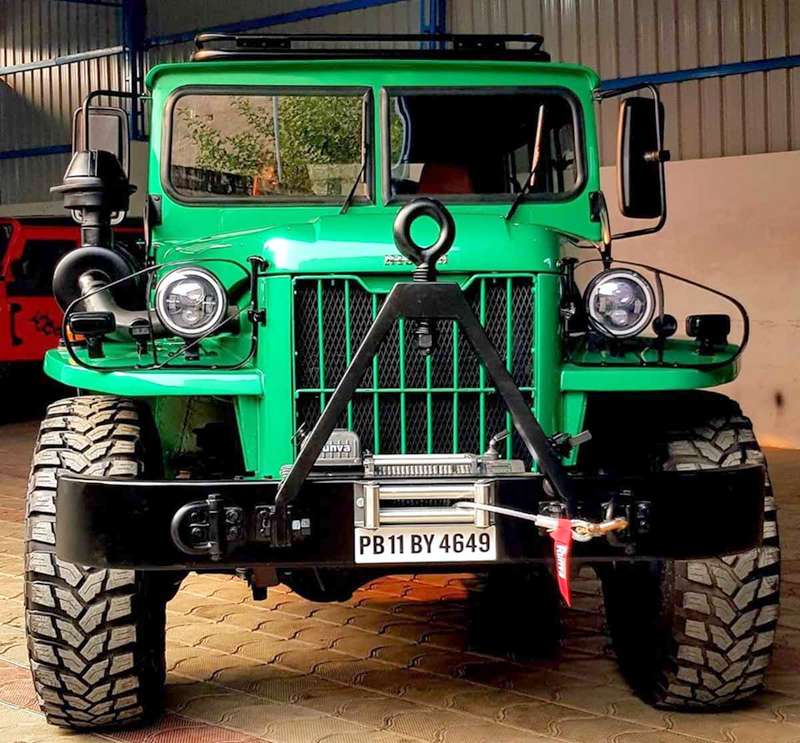 It may be recalled that Nissan used to produce this SUV exclusively for the Indian Army until 1999. Dhoni had purchased this 20 year old Jonga and modified to his taste and painted in bright green. It gets new headlamps, rounded LED DRLs, new bumper painted in a contrasting black colour scheme while the Jonga now sits on chunky studded tyres.

It also gets modified with massive fenders, large mirrors, new tail lamp and black roof rails. The interiors also get modified with contrasting tan coloured seats, a black finished dashboard and central console and green accents seen on AC vents, steering wheel and central console. The Jonga continues to be powered by a 6 cylinder petrol engine with a 4×4 system.

It is not known how much Dhoni must have paid for this Jonga but it could be a hefty price considering the rarity of a car of this caliber. It is possible that Dhoni could have purchased the vehicle from the Army itself especially considering his brief stint in the Paramilitary Forces.

The 5 seater Nissan Jonga of MS Dhoni is powered by a 3 liter petrol engine. It is mated to a manual transmission which delivers power to all 4 wheels. It gets hydraulic brakes at the front and rear. Take a look at the detailed photos of Dhoni’s SUV below.