MS Dhoni Adds Another Feather To His Garage – A Pontiac Firebird 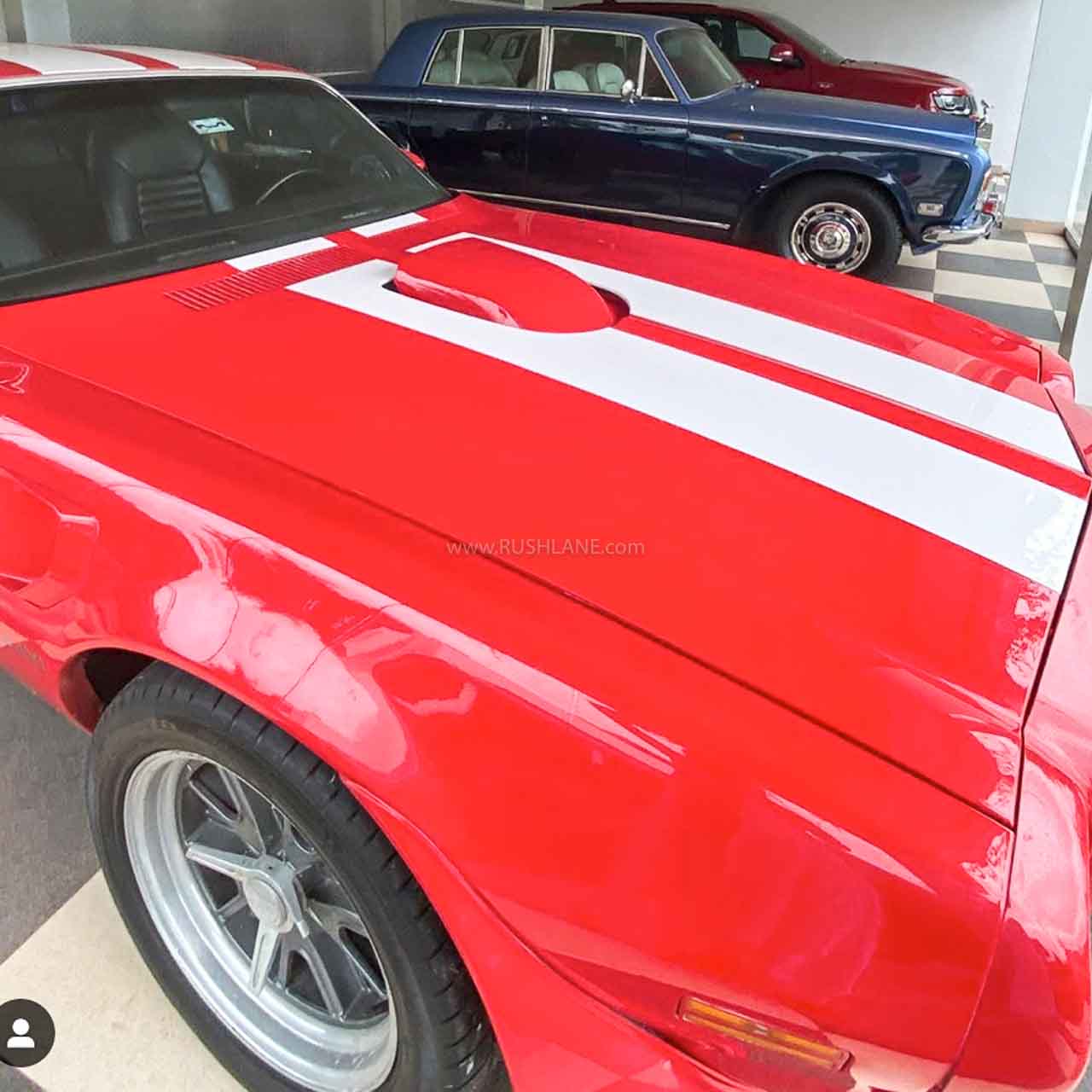 The most successful Indian captain and also one of the greatest Indian cricketers ever to play the game bid adieu to the sport on Independence Day. The cricketer has a long list of achievements as well as a long list of bikes and cars. Everybody knows that Dhoni is a big auto buff and huge collection of bikes and cars and this list has seen another addition recently. The former Indian captain has added a classic Pontiac Firebird Trans AM.

The development was confirmed by Dhoni’s wife- Sakshi, who took to her Instagram to share the picture and video of the vintage car. While the entire image of the car is not available, from whatever is shown on the image on Instagram, it shows that it is red in colour with stripes of white on the bonnet extending up to the rooftop and probably till the trunk door at rear.

The car was added to his collection the day after he packed his bags and left for Chennai to attend a training camp ahead of the 13th Indian Premier League (IPL) which will start in UAE from September 19. The Firebird was a product of American automotive brand Pontiac which ran production from 1967 to 2002.

Interestingly, from the picture, it can be gathered that it is a Left Hand Drive car which could be a little tricky on Indian roads. There is also a video, seen above, where you can see the car being driven inside Dhoni’s bungalow in Ranchi.

Although details about the car haven’t been shared, from the looks of it seems to be a 1970’s Trans AM model of Pontiac Firebird. The Vintage muscle car is powered by a huge 6.6-litre V8 Big Block engine and is coupled with a 4-speed Muncie transmission with Hurst Shifter. This unit delivers a maximum power of 365 bhp.

Other Cars From Dhoni’s Collection

However, it is yet to be known how much Dhoni did spend on this mighty machine. But its price can be gauged from the fact that one of such Pontiac Firebird Trans Am Classics was sold at a recent auction in Mumbai for Rs 68.31 lakh. Apart from this, Dhoni already has a large collection of bikes amounting to over 100. His other line of cars included in his garage includes the Jeep Grand Cherokee, Nissan Jonga Patrol, Audi Q7, Hummer H2 and Mitsubishi Pajero SFX to name a few.

Some of these above mentioned cars could also be seen in the video shared by Sakshi. Dhoni’s collection of bikes and cars are stored in his humongous garage at his 7-acre spread farmhouse in Ranchi. With bidding goodbye to cricket, he might have more time to play with his toys now.