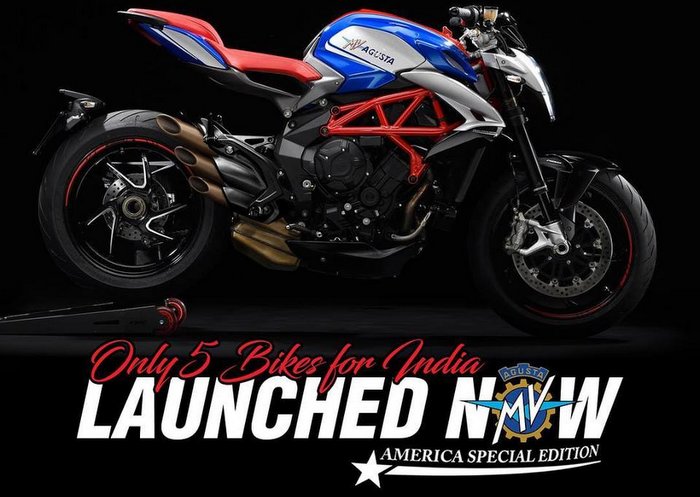 Kinetic Motoroyale, Indian partners of Italian Motorcycle makers MV Agusta, have officially launched the Brutale 800 RR America in India. This is a limited edition model that is limited to 200 units globally of which only 5 units will be available for sale in the country, each of which will command a price tag of Rs.18.73 lakhs, ex-sh.

MV Agusta Brutale 800RR America is a sports naked bike that is immediately recognizable on the road due to its vivid colors of the American flag in red, blue and white. It gets its design inspired by the 1973 MV Agusta S America 750 and sports a distinctive “America Special Edition” badging with the production number of the motorcycle along with a star spangled logo on its fuel tank. 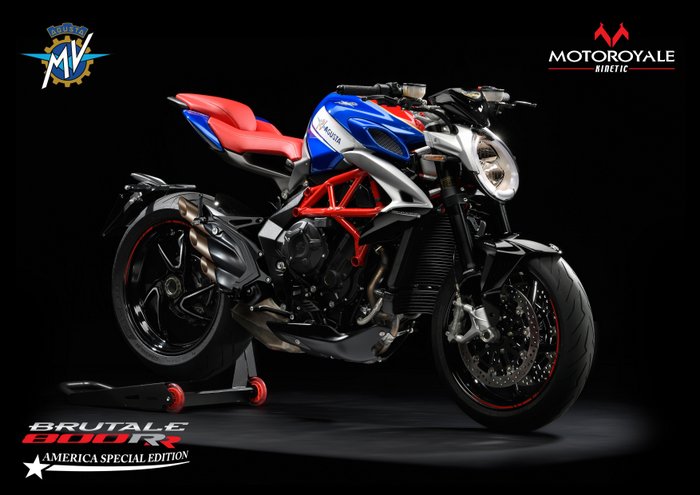 It also gets slipper clutch and a two way quick shifter with 8 level traction control system and ABS. Braking is via 320mm disc brakes in the front and 220mm single disc at the rear. Suspension is via 43 mm Marzochhi inverted forks in the front and Sachs monoshock at the rear with Brembo calipers at both ends. The limited edition bike receives MV Agusta signature Rear Lift Mitigation to keep rear wheel stable in conditions of heavy braking. It commands a kerb weight of 172 kgs making it one of the lightest and fastest naked motorcycles in the market.

Ajinkya Firodia, Managing Director of Motoroyale Kinetic said, “MV Agusta bikes have a legacy of innovation, safety, speed and style. The limited edition ‘America’ model has it all- striking looks, maximum performance and the sportiest ride. With the launch of the Brutale 800 RR America, we at Motoroyale have reinforced our objective of bringing the most premium bikes in the world to riders in the Indian market. In 2018, we launched seven models from some of the biggest global brands and we are building on our exceptional product repertoire with this first launch in 2019.”