The Navratri festival that ended on Sunday with Dussehra , was preceded by 9 days of festivities. This auspicious period saw four wheeler makers in the country record double digit growth. At the other end of the spectrum, two wheeler firms did not do as well. Two wheeler sales were almost similar to last year figures.

Maruti Suzuki India Limited sold 95,000 cars during the 10 days of Navrarti season of 2020; as compared to 60,000-65,000 cars sold in the same period of last year. This draws attention to the marked revival of the four wheeler market in India following the earlier slowdown and lockdown announced in March 2020 in view of controlling the coronavirus pandemic.

Maruti Suzuki had introduced a special pre-Navratri booking scheme earlier this month offering benefits and discounts across all models sold via its Arena and NEXA outlets for customers who took delivery during the 9 days of the festival. Buyers took advantage of these discounts and dispatches were seen in good numbers with special emphasis on the company’s entry level models such as the Alto, S-Presso, Celerio and Wagon-R.

Hyundai Motor India retailed 36,000 cars during the Navratri festival, 25 percent more as compared to sales in the same period of the past year. Among the company top favourites were the Creta and Grand i10 NIOS. 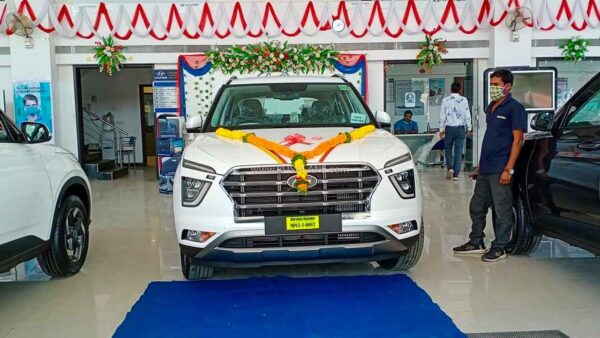 Even the i20, which will soon be replaced by a new gen model, saw much demand due to the hefty discount schemes offered by the company. Most dealers are now out of stock for the current i20, as the new i20 bookings open today officially – with launch on 5th Nov.

Kia sales were equally impressive. The company portfolio currently includes the Seltos, Carnival and Sonet. Although the Sonet has been a recent addition, sales were better than most of its rivals. Toyota Kirloskar Motor also recorded 13 percent growth in retail sales during the 9 day period as against sales over the same period from 2019.

Honda Cars India also reported a 10 percent increase in sales during this period while Renault’s Navratri sales increased 12 percent to 4,281 units as compared to 3,821 units sold during the same season of 2019. Among the other automakers, Tata Motors, Mahindra, Skoda, MG also posted increased sales for the same period.

The auto industry has always looked forward to increased sales during the festive season. With Diwali around the corner and Christmas to follow soon after, the industry is hopeful to see better sales in the last few months of 2020 to make up for a dismal start. Almost every automaker has plans of new launches which would also bring about some revival to the industry.