Japanese automaker Toyota has finally launched its updated Fortuner mid-size SUV in Thailand. In 2021MY format, the new Toyota Fortuner facelift gets a ‘Legender’ tag to stand apart from its previous version, sold alongside in the Thai market. It comes in four diesel variants: 2.4 2WD, 2.4 4WD, 2.8 2WD and 2.8 4WD. Each variant is mated to a 6-speed TC automatic transmission (with paddles) and there is no manual option. Prices start at 1,577,000 Thai Baht or roughly Rs 37.68 lakh ex-showroom.

Toyota’s new Fortuner Legender is available in only three colour choices: White Pearl / Black, Emotional Red / Black and Attitude Black. Compared to its predecessor (or the current Indian counterpart), the Toyota Fortuner Legender sports a sharper front-end and bigger 20-inch 5-spoke wheels. Full-LED lighting with sequential turn signals is another welcome addition. Being a facelift, the side profile or silhouette remains mostly identical. 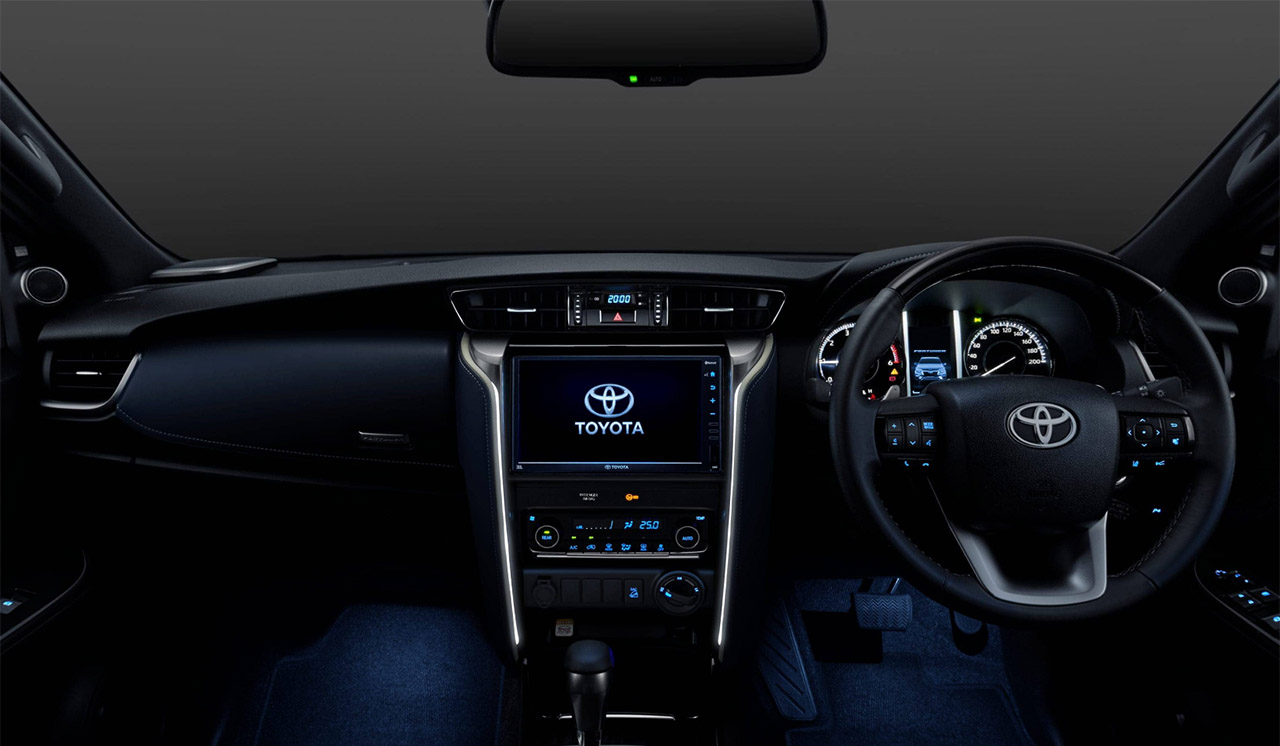 In terms of safety, equipment on top trims includes 7 airbags, traction control, electronic stability control, hill-start assist, trailer-sway control, etc. Some of these features will be limited to just the automatic format. The Indian market could get the facelifted Toyota Fortuner in a 6-speed manual version as well.

Over the months, the internet saw several speculations and imaginative renders of the facelifted Toyota Fortuner. In fact, most of them were pretty close to the real deal. We have also shared a few early spy shots of the “premium 7-seater SUV” in both test mule and undisguised avatars. It is safe to expect an Indian debut by the end of this year.