Ford had launched the 2018 Ford Aspire last year in October. It was basically a facelift of the model which was already on sale in the past. Now, new images of a ‘Blu’ edition of Aspire have surfaced online. The test mule was spotted testing outside Ahmedabad (close to Ford’s Sanand plant) which makes us believe that Ford will be launching the special edition in upcoming months.

As far as looks are concerned, the ‘Blu’ edition looked similar to the regular Aspire but came along with its own styling elements. To begin with, there were large ‘Blu’ decals on the side and the boot. The ORVMs had received an all-black treatment and the roof too sported gloss black finish. It has also been reported that it had blacked-out alloy wheels and black inserts in the front grille, though these are not visible in the spy-shot. 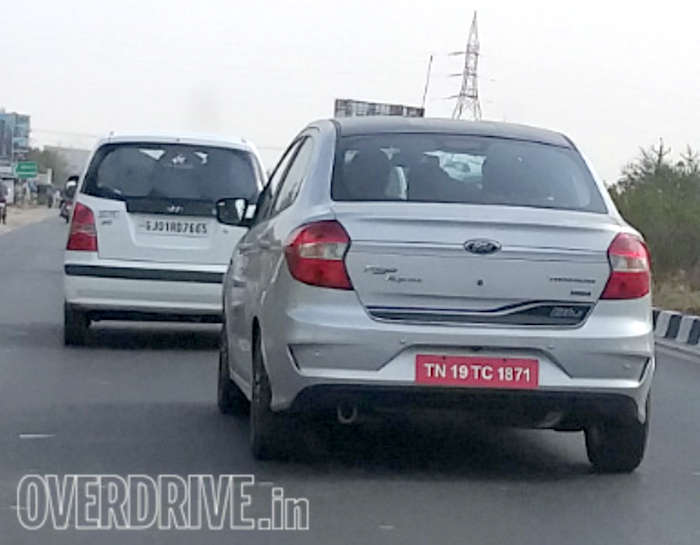 It is believed that the ‘Blu’ theme will carry on the inside as well and there could be additional piano black inserts in the cabin. Also, we won’t be surprised if there is a special upholstery option or seats with a ‘Blu’ badging are offered. The ‘Blu’ edition will mostly be based on the ‘Titanium’ trim so that would mean it will get all features available in the top-of-the line Aspire. However, with the ‘Blu’ edition, Ford might add in a feature or two to make it more attractive, compared to its rivals.

The car which was caught testing had a 1.5-litre turbo diesel motor (99bhp) however it is expected that the ‘Blu’ edition will be available with the 1.2-litre petrol engine (94bhp) as well. Both the powerhouses are mated to a 5 speed manual transmission and we don’t think that Ford will be making any change to the power-train. 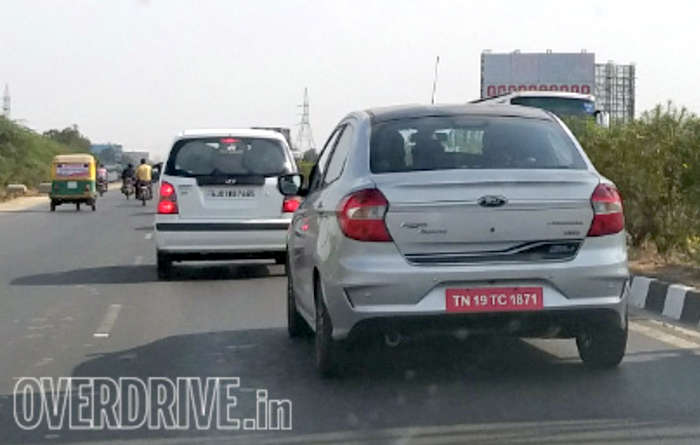 The Aspire is a potent vehicle in the compact sedan segment however it hasn’t witnessed deserving sales. While the segment leader, the Dzire manages around 18-20k monthly sales, others like the Amaze and Xcent too get around 7k and 3k buyers (monthly), respectively. However, sales figures for Aspire have consistently been in the 1.5k-2.5k range. Ford will be counting upon the new edition to gather some extra customers.

We expect that with the Blu edition, Ford will most likely charge a premium. The prices will probably start at an additional cost of around INR 15,000, thanks to the added features and design elements. Ford Figo hatch with Blu badge was also spotted a few weeks back.