Almost every OEM in the world is scrambling to prepare a comprehensive SUV portfolio and Ford is no different. In this scenario, the iconic Bronco nameplate is too attractive for Ford to not use it. The news of new Ford Bronco being in the works has made a lot of fans wait with anticipation.

Ford finally confirmed the existence of the SUV after the camouflaged prototypes were spotted several times. The new Ford Bronco was initially supposed to make its world premiere on July 9th but the company has decided to push it to July 13th. The pandemic appears to be one of the reasons for postponement but the fact that July 9th is also O.J.Simpson’s birthday is a coincidence that can’t be ignored!

For the uninitiated, O.J. and his white Ford Bronco was involved in what turned out to be one of the most talked about police chases in the American history. Watch the Netflix show if you are not aware of this episode but interested in knowing more. 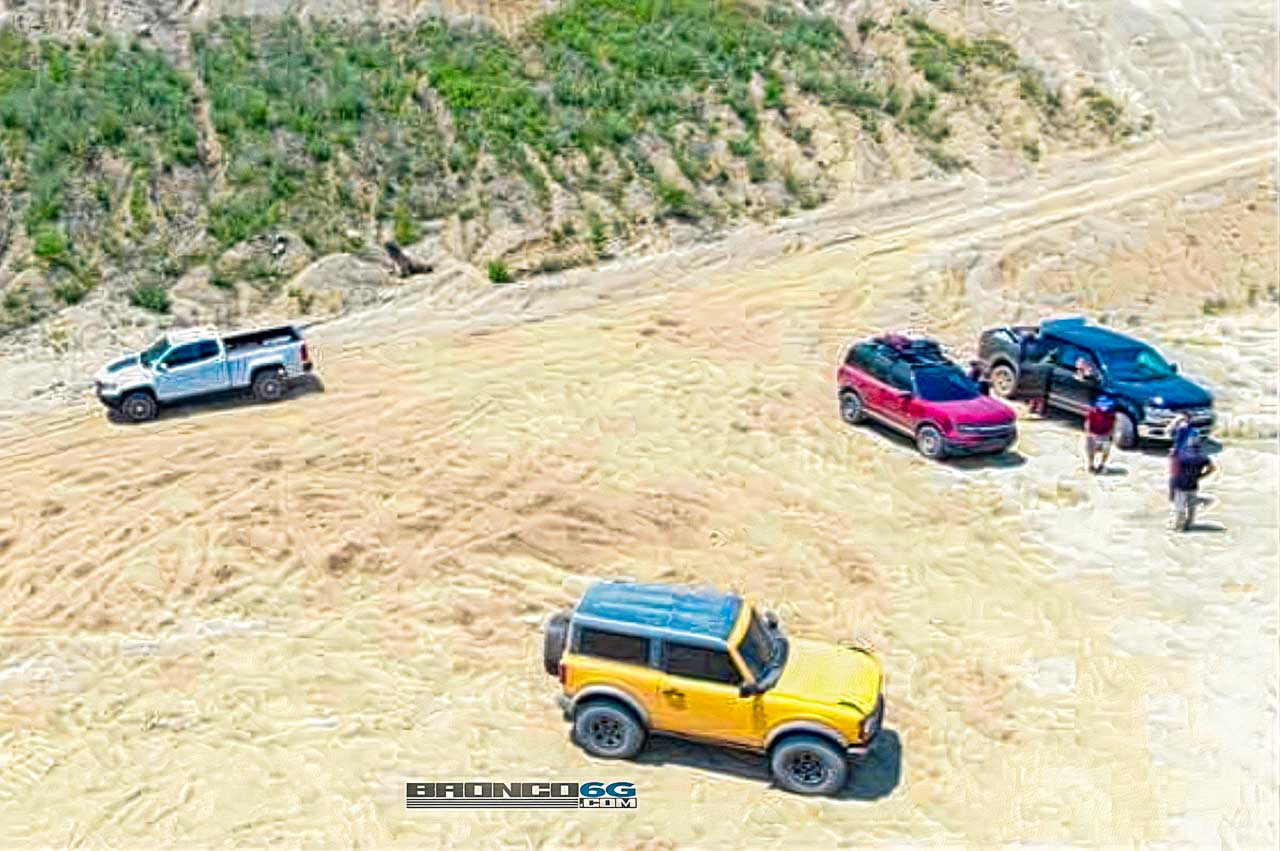 As the world waits for the new Ford Bronco and Ford Bronco Sport to be official revealed, new photos of undisguised vehicles have surfaced online. The Bronco and Bronco Sport were apparently spending some quality time in the desert during a TVC shoot. This is the first time the 2-door version has been spotted without any camouflage.

According to the US media reports, the will be three Bronco variants of which the two-door and four-door off-road-ready variants are underpinned by the capable Ranger pickup platform. The Bronco Sport, red-black SUV in the spyshot, is a milder variant which is said to derive its platform from the Edge. It gets smaller wheels and a mellowed down styling.

The powertrain lineup of the new Ford Bronco is still anybody’s guess. The 2.3-liter EcoBoost turbocharged petrol engine which serves the Ranger pickup is expected to power the base models. The American automaker’s CEO recently confirmed that the Bronco will also feature a hybrid powertrain. We will know more next month.