The new Ford Bronco will come in three variants, and will cater to a wide range of customer preferences 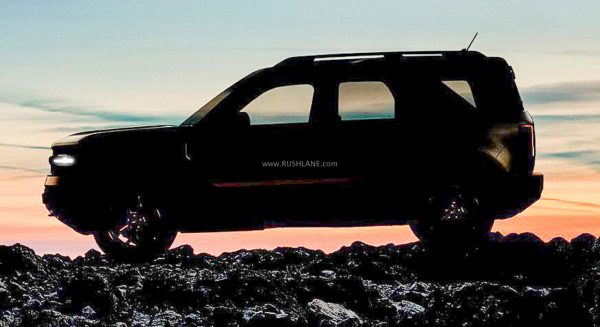 Ford is on the verge of bringing back its iconic Bronco SUV nameplate from the oblivion. As the previous spyshots revealed, the boxy new Ford derives its salient design features from the original Bronco.

In an attempt to widen the new car’s appeal, Ford chose to develop three variants of which two are based on its rugged Ranger pickup’s ladder frame platform to target off-road enthusiasts. The new Ford Bronco Sport, the mildest of the three, is based on the FWD Escape crossover to appeal to urban audience.

Ford has released new teaser images which gives us a sneak peak at the silhouettes of all 2020 Bronco variants. The image shows a roof-less hardcore 2-door variant, an equally rugged and longer, 4-door hardtop version, and a softer Bronco Sport. Though the image is darkened, we can clearly notice that the third model (Bronco Sport) adopts a different styling. 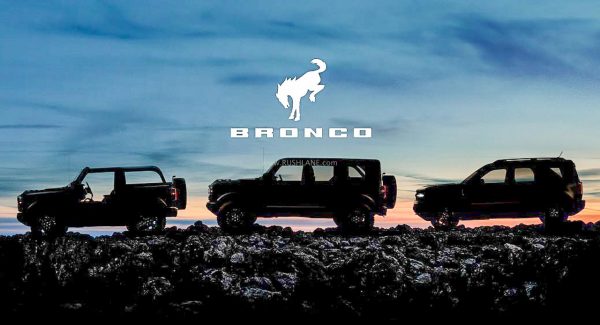 Though there are obvious cues from the old Bronco, the latest iteration sports modern elements like LED headlights with DRLs, LED taillights, alloy wheels and so on. The interior has been kept secret so far but we are willing to bet that all the three variants will be equipped with a comprehensive touchscreen infotainment system as well as a complete array of safety and assistance systems.

Details of the powertrain lineup are scarce but one could expect each variant to offer at least one hybrid system eventually, if not from day one. The new Ford Bronco Sport is reported to offer 1.5-liter and 2.0-liter turbocharged EcoBoost petrol engines with 187 hp and 250 hp respectively. We will have to wait a few more days to know more about the off-road variants.

With the whole world going crazy over SUVs of different shapes and sizes, bringing back the Bronco nameplate was a no brainer move for Ford. The cult status of the brand could mean a bit of premium when it comes to pricing but the Bronco would be positioned as an important volume generator for the brand in North America. Ford may even take its latest SUV family to other international markets to maximize its potential.

As far as India is concerned, the American automaker has entered into a partnership with Mahindra to develop a crossover based on the latter’s new XUV500 platform. The crossover in question is expected to be ready in about two years. The new Ford Bronco is scheduled to make its world premiere on July 13.