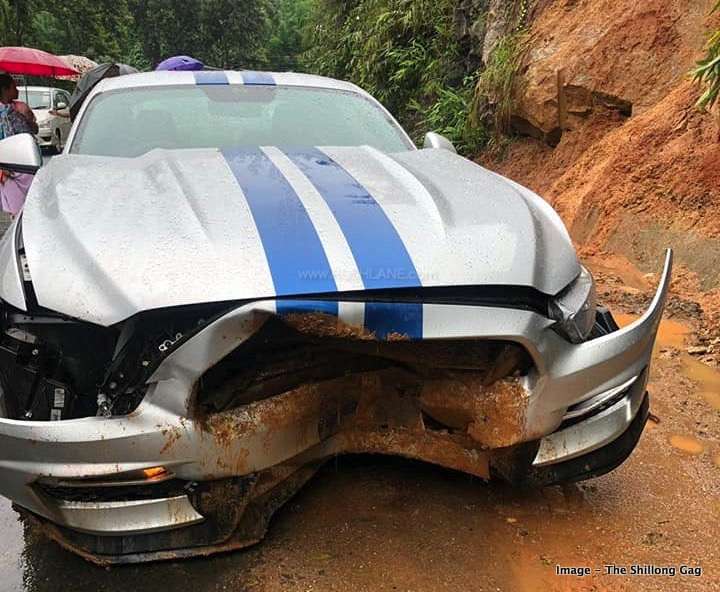 A brand new Ford Mustang worth more more than Rs 80 lakhs on-road, has met with an accident just a few days after purchase. It is believed to be the first Ford Mustang of Assam. Because of its exclusivity and high price, there are no Ford dealerships which will deliver the Mustang in Assam, and thus the owner took delivery from Gautam Budh Ford dealer, which is located in Noida, Uttar Pradesh.

The car was spotted in Assam for the first time earlier this month. A video was shared on Facebook by Guwahati Times. The car was such a phenomenon in the region, that many automotive enthusiasts and car fans from Assam started posting photos of them spotting the Mustang on social media.

Unfortunately, earlier this week, the brand new Ford Mustang met with an accident in the state of Meghalaya, which borders Assam. It was still wearing the temp no plate from UP. The Mustang in question is believed to have lost traction on the wet road, which resulted in crash. Luckily no one was injured in the accident, and the car was later towed away. Photos are credit to The Shillong Gag on Facebook.

Driving during rains can be tricky, especially due to the decreased grip on the tarmac and the mist which blocks the view. Things can become even more challenging if some unwanted elements are added to the scenario. A recent report from Guwahati Plus claims that a group of miscreants have been purposefully spilling motor oil on certain stretches of roads which makes them even more riskier to travel upon.

Due to the oil on the surface, and the already poor grip due to rains, vehicles tend to slide of and fall into ditches. Then the same group of miscreants come around to offer help, but at a cost. The cost can range from INR 5,000 to INR 15,000. The victims then have no other option but to take help from these locals to get their vehicles out of the ditches/drains.

The group has 2-3 cranes which they use to move these vehicles back to the road. As per the report, most of these incidents are happening around the Barapani area, which is close to the Shillong airport. But as per Meghalaya Police, no such incidents of alleged oil spill have been reported. 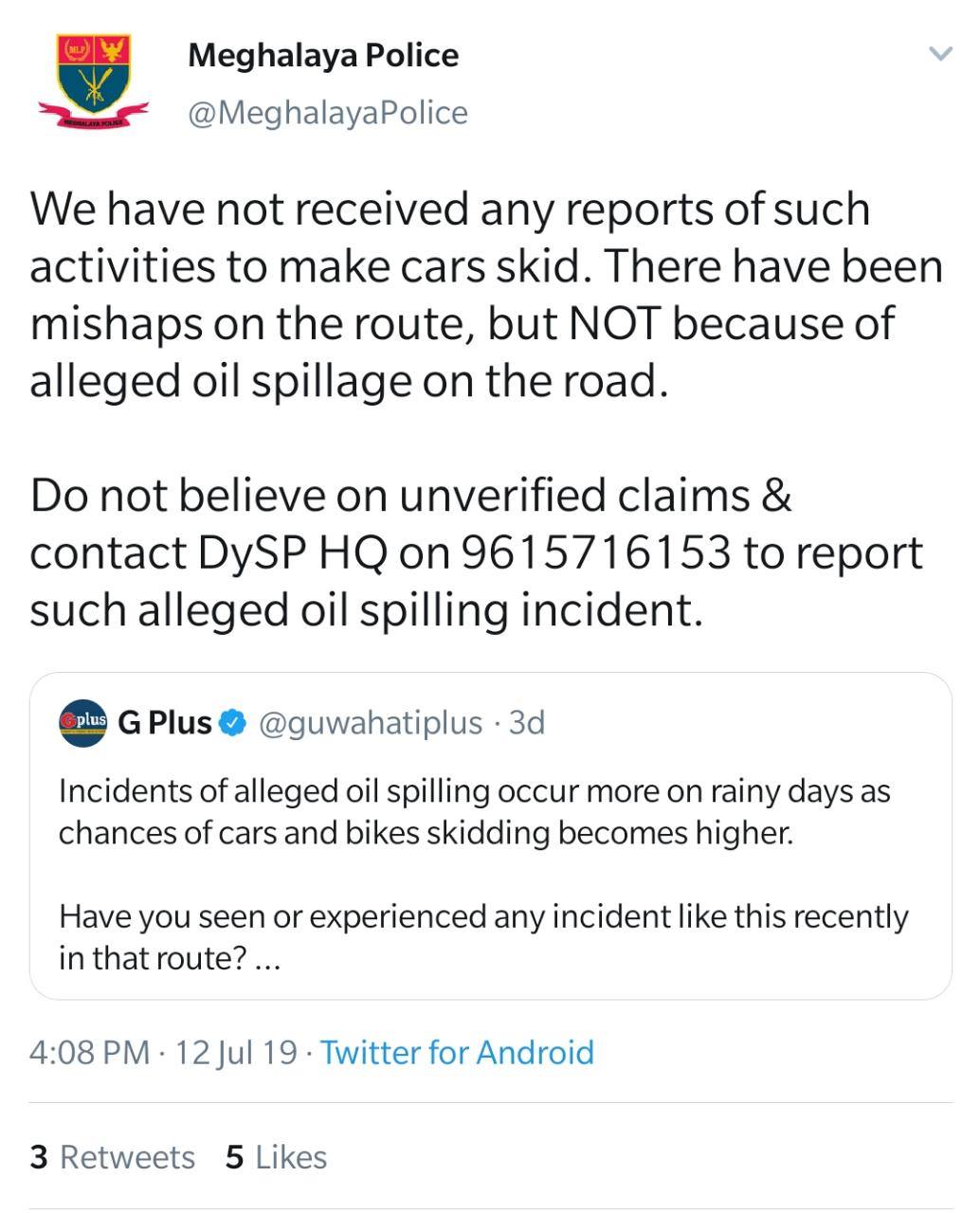 Driving and riding in the rain can be relaxing and pleasurable, however, one needs to be extremely careful as well. Regular check up of one’s vehicle, especially of the tires and brakes are critical. Over speeding is certainly a big no, especially on curves. Drive Safe so that you can Drive More!