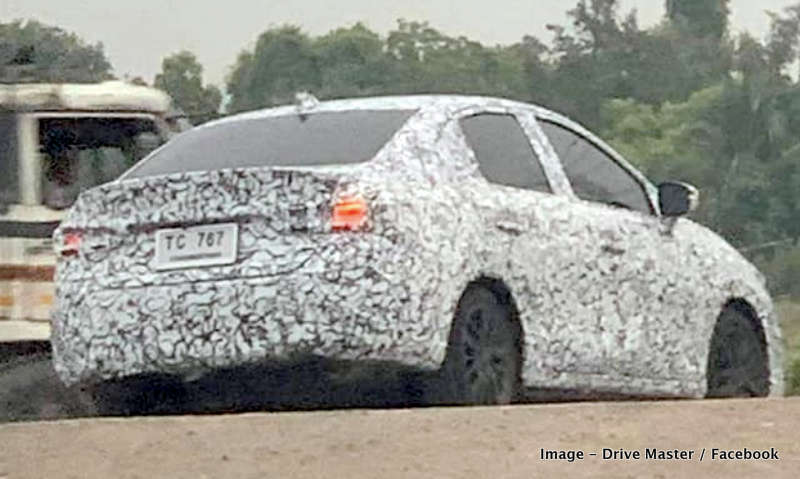 The next generation Honda City which is currently in the advanced stages of development has finally been spotted in public. A heavily camouflaged test mule was seen doing rounds in Thailand, giving us a fair idea on what to expect from the C-segment sedan.

The fourth generation City which was launched in India back in 2014 has now been relegated to third spot in the segment by the newer Hyundai Verna and Maruti Ciaz.

Though the entire mid-size sedan segment is feeling the heat from compact crossovers, the space still remains lucrative enough for the incumbents. With the heavily upgraded next generation model, Honda would be hoping to snatch the leadership back from Hyundai. 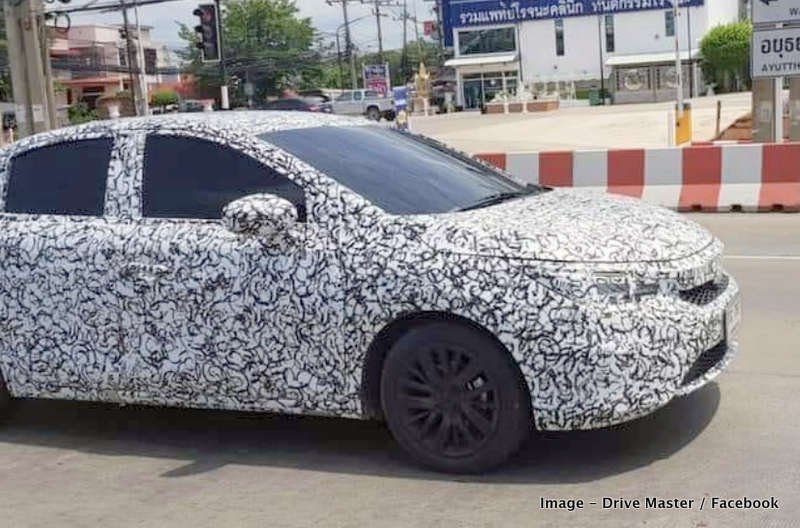 As expected, the 2020 Honda City adopts an evolutionary design. The side profile and overall dimensions remain more or less the same but the front and rear fascias have undergone significant cosmetic changes. The nose is edgier than before and derives design cues from the new Honda Accord.

The sedan is equipped with sleek LED headlamps and a prominent chrome highlight above the front grille. The BMW-like rear sports re-profiled boot lid and fresh combination lights.

We expect the interior to receive upgraded touchscreen infotainment systems with additional features, a slight revision of dashboard and instrument console design and a new steering wheel. The current City offers ample interior space for all occupants and there is no reason to expect anything less than that from the next iteration.

Honda Cars India is likely to offer a mild hybrid system with the petrol variant of the new City to take advantage of FAME-II scheme. An Integrated Starter Generator (ISG) paired to the 1.5-liter i-VTEC petrol engine would improve the fuel economy considerably and offer torque assist to the engine when needed. The company has also confirmed that it will continue to offer its 1.5-liter i-DTEC diesel engine in BS-VI avatar. The diesel could receive CVT option like in the updated Amaze.

The 2020 Honda City would make its world debut later this year. Given that India is its largest market, the sedan could make its first Indian appearance at the Auto Expo 2020.