2020 Hyundai i20 spied in Hyderabad with reduced camouflage

South Korean automaker Hyundai Motor has already unveiled the latest version of its popular supermini, i20. The global-spec 2021MY Hyundai i20 was supposed to make its official debut in March at Geneva International Motor Show (GIMS) 2020. However, the prestigious automotive show had to be cancelled due to COVID-19 pandemic.

Even before its online unveiling, the next-gen Hyundai i20 was spied testing on Indian roads under heavy camouflage. This proves how much Hyundai priorities its Indian operations and gives an insight into the i20’s position on our market. The “premium hatchback” primarily rivals the Tata Altroz (turbo petrol variant in the works), Maruti Suzuki Baleno, Toyota Glanza, Volkswagen Polo and Honda Jazz BS6 (bookings open).

Meanwhile, Hyundai Motor India sells the outgoing second-gen Elite i20 facelift only in BS6 petrol format. Powered by a 1.2-litre Kappa NA petrol engine, the current i20 makes 82bhp and 114Nm of torque while mated to a 5-speed transmission. Prices start at Rs 6.50 lakh ex-showroom.

Automotive enthusiast Saran Raparthy shares with us a fresh set of third-gen Hyundai i20 spy pics from Hyderabad. It is worth mentioning that Hyundai Motor India has an R&D facility in Kondapur, Hyderabad. Unlike previous sightings, this particular test mule wore slightly thinner camouflage. It still remains a far cry from the final production model. 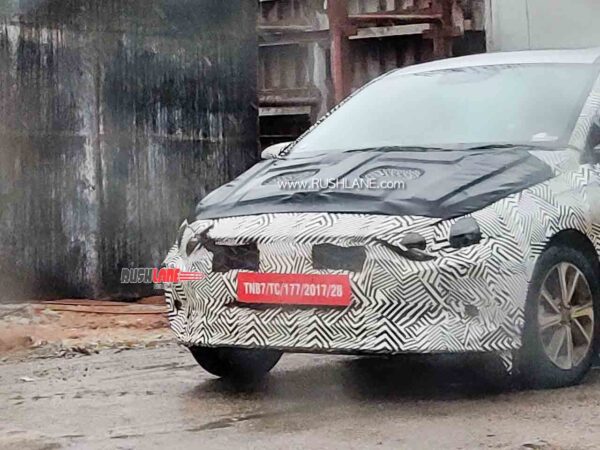 Recently, a crossover version of the 2021MY international-spec Hyundai i20 was spied in Germany. It seemingly sits above the Hyundai Venue and would most likely share internals with the all-new Kia Stonic.

It could even come with the revolutionary iMT (intelligent Manual Transmission) technology, which essentially does away with a traditional clutch pedal without being an automatic. Venue already has the iMT. The same will be available in Kia Motors India’s latest offering, Sonet.