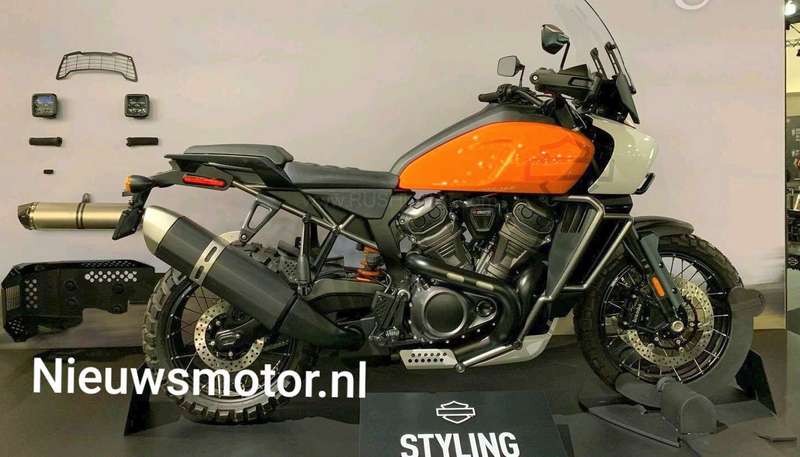 Harley Davidson gears up for launch of two new motorcycles which were unveiled globally last year as concepts. Now the production ready prototypes of the same two motorcycles from HD, have been leaked.

These two motorcycles are Pan America adventure tourer and Streetfighter sportsbike. Both could be unveiled at the 2019 EICMA Show, which will be held from 5-10 November later this year. First country to get these two machines will be the US. Launch is slated for sometime early next year.

The bikes being tested sports a board reading ‘Styling Prototype’ but appear to be in production ready formats. Harley Davidson Pan America and Streetfighter were also on display at a trade show to show off its aftermarket parts which will be offered on these models at the time of launch. The bikes are so designed to instantly attract the attention of a younger segment of buyers. 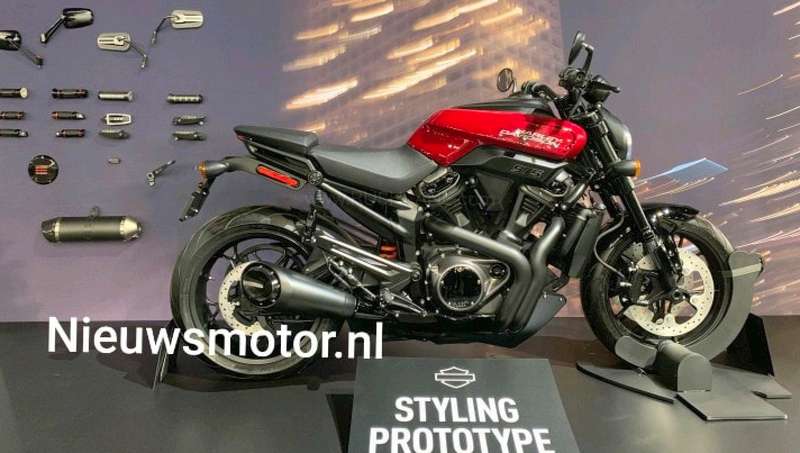 While there are no details revealed as on date, the Pan America touring motorcycle could come in powered by a 1,250cc, V Twin engine. The more aggressive looking Streetfighter could get a 975cc, liquid cooled, V Twin engine, though more details will be revealed once the bikes are displayed later this year.

Earlier this year, the company had also filed patents for these new models with the European Union Intellectual Property Office. The bikes were patented with saree guard, indicating launch is also being planned for the Indian market.

Harley Davidson considers India an important market. It is the company’s entire international lineup that is on sale in the country. It is from India that Harley also manufactures and exports models such as the Street 500 and Street 750. Being a fast growing market for two wheelers it is only obvious that the upcoming models would go on sale in India.

Once launched, the Harley Davidson Pan America and Streetfighter would find themselves competing with the Ducati Multistrada 1260, Triumph Tiger 1200 and the BMW R 1200 GS. Harley Davidson plans launch of the Pan America series in international markets by 2020-21 with launch in India sometime later in the second half of 2021. It could be priced close to the Ducati Multistrada 950 and 1260, which retails between Rs 14-16 lakhs.