Honda Motorcycle & Scooter India (HMSI) plans to launch an all-new product in the highly active 150-200cc segment. At the moment, the Japanese automaker offers nothing to the Indian market’s widening single-cylinder sports or sports commuter motorcycle category, except for the Honda CB300R. The neo-retro naked sports motorcycle has not been updated to BS6 emission norms yet.

The 2020MY Honda CB300R BS6 might be launched by the end of this year. Sold exclusively via Honda Wing World outlets, the streetfighter was removed from the official HMSI website a few months ago. In BS4 format, prices started at Rs 2.41 lakh ex-showroom.

At the moment, the 150-200cc motorcycle category in India is dominated by the likes of Bajaj Auto, KTM India, Yamaha Motor India and TVS Motor Company. Hero MotoCorp has also strengthened its presence by launching the Xtreme 160R. Meanwhile, Honda Motorcycle India is stronger in the mass-production budget commuter segment. 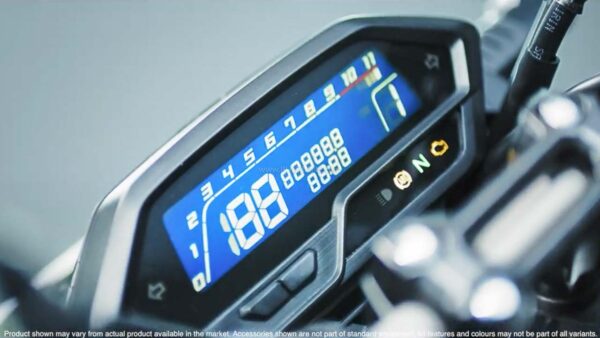 After discontinuing the sought-after Honda CBR250R faired sportsbike ahead of BS6 emission norms, the company has not introduced anything that is as desirable as popular names in the category mentioned above. However, an upcoming 200cc Honda motorcycle (a first for India) would put an end to this. It would most likely be a sports commuter, replacing the Honda CB Hornet 160R (yet to receive BS6 update).

Rumours claim that it will be based on the Honda CBF190R sports commuter available in markets such as China and Latin America. In fact, HMSI had patented this motorcycle for Indian roads last year. Compared to its foreign counterpart, the Indian-spec CBF190R BS6 (or whatever it will be called) would sport some minor changes to bring prices down.

For instance, one can be sure that it will employ traditional telescopic forks at the front rather than USD units. A flatter and more pillion friendly seating configuration can be expected as well. Take a look at the teaser video below.

Once launched, it will lock horns with the latest TVS Apache RTR 200 4V, Bajaj Pulsar NS200 and KTM 200 Duke. Other desirable alternatives include the Yamaha FZ 25, Suzuki Gixxer 250, TVS Apache RTR 160 4V and even the Yamaha MT-15.

The Chinese-spec Honda CBF190R is powered by a 184.4cc air-cooled FI single-cylinder engine good for 16.63bhp @ 8,000rpm and 16.3Nm @ 7,000rpm. This is mated to a 5-speed transmission. Specs are clearly below the current benchmark and hence, Honda Motorcycle India might develop an improved power plant for our market. Will it become an all-new Honda CB Hornet 200R?