Honda Motorcycle India rules the Indian scooter market with the likes of the evergreen Activa line. The Honda Activa is so popular that, for many Indians, it is ‘the scooter’ (after the age of the Kinetic Honda), just like photostat is ‘Xerox’ for a good majority. Now, the Japanese two-wheeler brand is gearing up to launch the 6th generation of the popular CVT scooter; the Honda Activa 6G.

Even though the company has not officially shared a detailed changelog, we expect it to be fresh enough since other major brands have started introducing improved versions of their scooter range. Since, BS6 emission norms are mandatory from the start of April 2020, manufacturers are utilising the scenario to update their range with the latest demands of the market.

However, in low-capacity engines such as the ones powering conventional scooters, BS6-updation usually comes at the cost of slightly reduced output. In a way, the process to cut down emissions is synonymous with ‘choking’ the engine. The Honda Activa 5G, in its BS4 format, comes with a 109.5cc engine that makes almost 8bhp and 9Nm of torque. The fuelling is carried out by a carburettor. 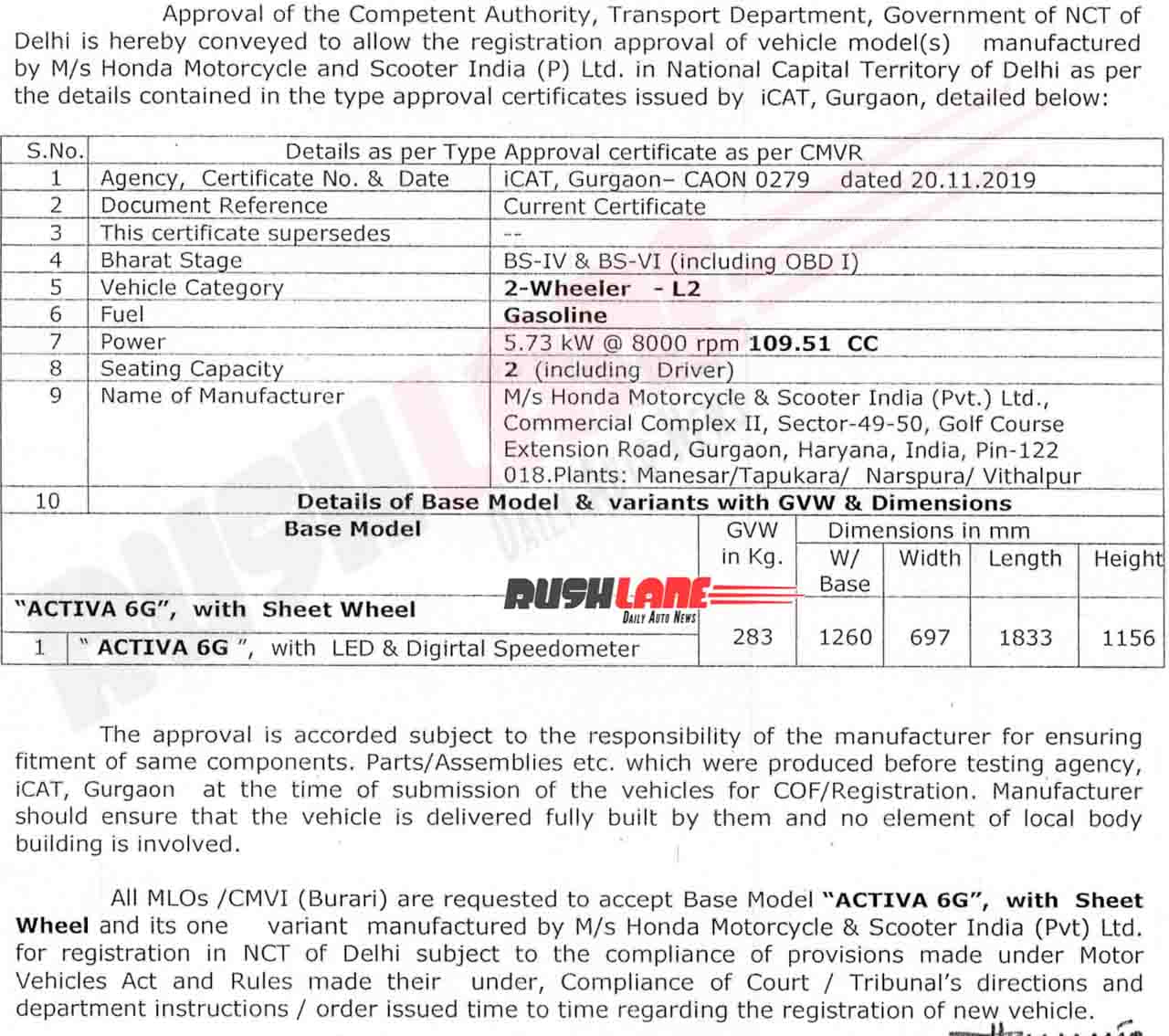 Coming to the newer Activa 6G, various sources suggest that the scooter uses the same power plant, but has a lesser power output of 7.69bhp and the same 9Nm. Of course, emissions have been cut down to BS6 standards with the help of a new FI system.

As mentioned before, updating to newer emission norms is similar to restricting the engine operation. A new exhaust system with a much more complicated catalytic converter usually does the job while the addition of a fuel-injection systems help control the combustion process.

Of all the new BS6-compliant low-capacity two-wheelers (including commuter motorcycles), only a few managed to have the same output as their BS4 avatar. Furthermore, this slight dip in power may not be a concern to most scooter buyers since the primary utility of an Indian scooter is getting from Place A to Place B, with enough load (be it passengers or luggage). In all probability, the dip in output will not be noticeable at all.

Besides the reduced output, the Honda Activa 6G is 72mm longer and gets some noticeable cosmetic enhancements. Honda Motorcycle India will launch the new Activa 6G in the country on January 15, 2020. In usual fashion, expect prices to be around 10% more than the current BS4 model which retails at just under Rs 56,000 ex-showroom.