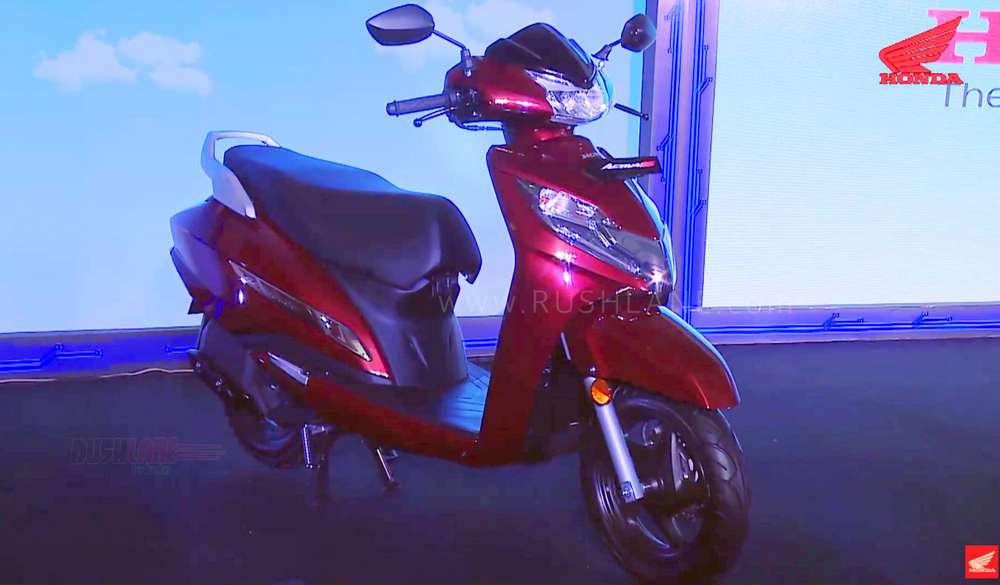 Hero Splendor was the first two-wheeler to get BS-VI certified, but the first BS-VI two-wheeler to go on sale in India is the Honda Activa 125. Around three months after it was unveiled, New Honda Activa BS6 FI launch has happened in India. This is the first among several other upgraded models that has been launched by two-wheeler manufacturers before the BS-VI deadline of April 1, 2020.

Mass production of the 2019 Honda Activa 125 BS6 has already started at the company plant. Deliveries of the new Honda Activa BS6 scooter will start by the end of this month. It will only be available in select cities for now. It will be launched in more cities in phased manner. 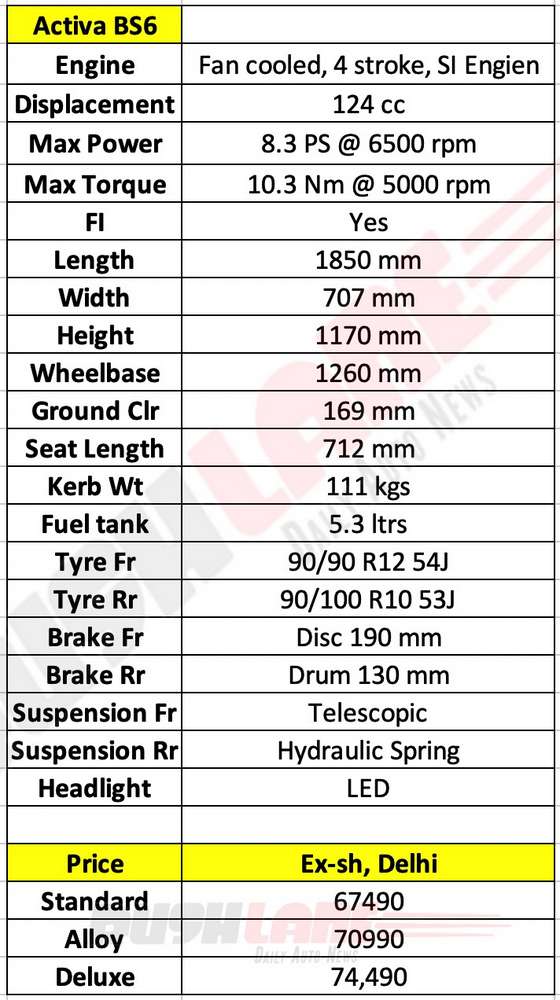 Even though Activa 125 has been upgraded to meet BS-VI emission standard, engine power rating will be largely the same as earlier. Existing model is powered by a 125 cc air cooled, single cylinder engine that generates 8.4 bhp of max power @ 6,500 rpm and 10.54 Nm of max torque @ 5,000 rpm. Customers stand to gain with the BS-VI model, as it will be 13% more fuel efficient as compared to the existing model.

It will be equipped with proprietary PGM-FI fuel-injection technology, which is integral to achieving BS-VI emission levels. The only other 125 cc scooter in India to have fuel injection is Hero Maestro Edge 125 FI. However, Maestro is yet to get BS-VI compliant engine. Higher mileage has been made possible with Honda’s eSP (Enhanced Smart Power), which works by reducing friction of engine components and improving combustion. eSP also improves the scooter’s overall performance.

Functional updates for BS-VI Activa 125 include a release mechanism for the fuel lid, which can be operated via the multi-function ignition switch. A similar mechanism is also available for remotely unlocking the seat. A side stand indicator with engine inhibitor function has also been added.