With new Honda Amaze launch scheduled for May 2018, bookings at dealerships begin from today, April 6, 2018, at a booking amount of Rs 21,000. New Honda Amaze deliveries are expected to begin by May 2018 end. First launched in 2013, Honda Amaze was the first diesel car from Honda Cars India, which was one of the many reasons why the car had a successful start. When the Amaze was first launched, it was not only the most powerful car in the segment, it was also the most fuel efficient car in India.

Talking about the Honda Amaze, Mr. Rajesh Goel, Sr Vice President & Director, Marketing & Sales, Honda Cars India Ltd. said, “The Honda Amaze has been one of our very successful models in India, with over 2.57 lakh satisfied customers. With the 2nd generation Amaze, we are extremely excited to add another chapter to the success story of the model. It’s a big commitment from HCIL to its customers and for us it’s “Time To Go Big.” The introduction of India’s Diesel CVT technology in the new Amaze, which offers unmatched and superior automatic driving experience, is also a first from Honda globally. We are confident the customers will see great value in this new technology.” 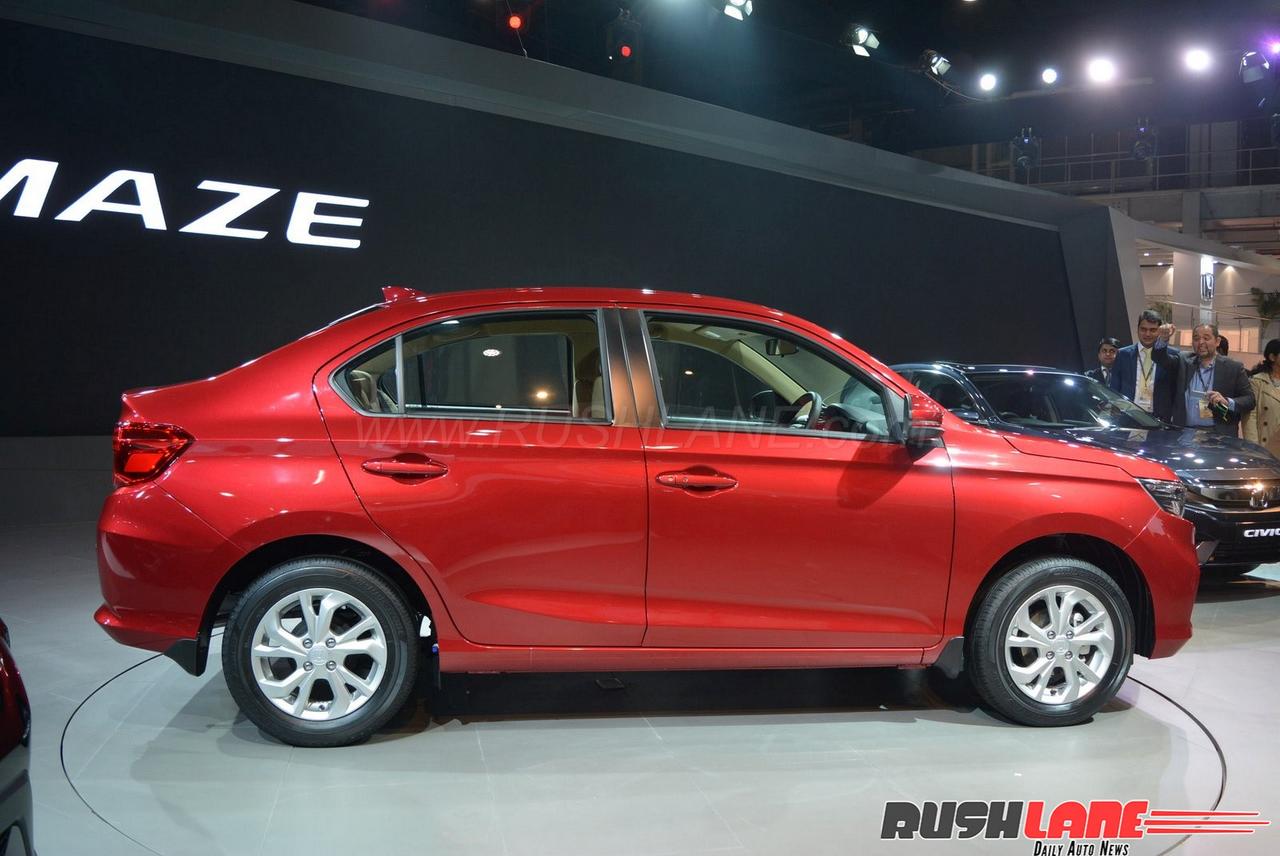 1st gen Honda Amaze launch saw rivals update their game, launched newer cars or updated the existing cars. Since the launch of Amaze we have seen the launch of new Dzire, new Xcent, Tata Zest, Tata Tigor, Ford Aspire to name a few in the sub 4 meter segment. With almost every car in the segment updated, it was finally time for the Amaze to get up to date, and today it did. At the 2018 Auto Expo, Honda Car India officially announced the global debut of the new Amaze.

As seen in the images, the 2019 Amaze features new design, wider body, spacious interiors, new technology and safety features. Visually, the sub-4 metre sedan’s front fascia receives a reworked grille with wider chrome insert, slightly revised headlamp and a much sportier bumper with foglights. Changes to the side include new alloy wheels as well as a more pronounced sedan-like C pillar, which gives the car look longer than it actually is. The rear fascia treated with a wider chrome strip, new taillight detailing and subtle reprofiled bumper. 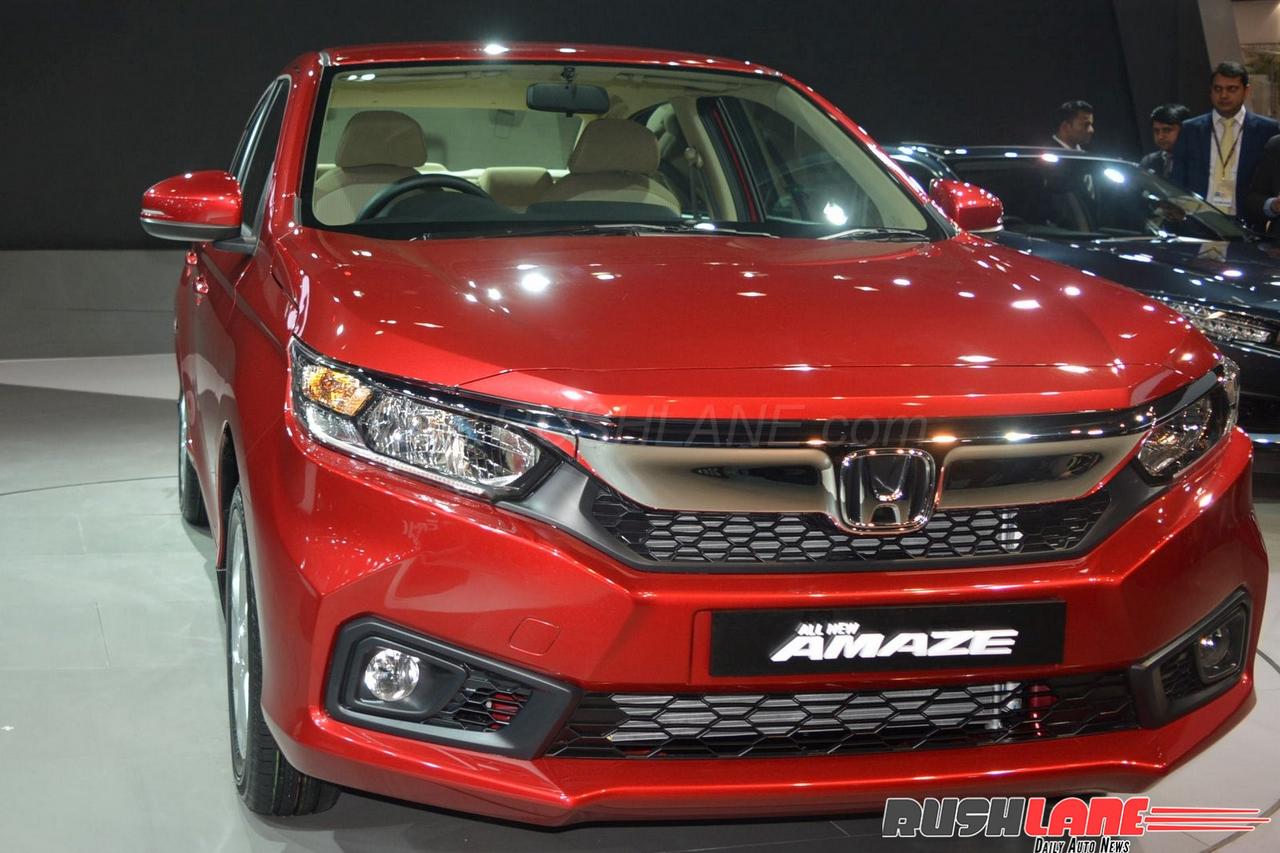 The older car’s dashboard which was plucked directly from the Brio has been criticized by some but with the new Honda Amaze, HCIL has upped its game. The entire dashboard is new, more like the new City. The new instrument console will feature upmarket MID dial. It will also feature a touchscreen infotainment system.

The company has announced that every new Honda model introduced from FY2017-18 will have standard dual airbags across the lineup. In addition to safety features like ABS with EBD, dual airbags, the top-end variant also benefits from automatic climate control system, Honda Connect, a 24×7 telematics service with 20 functions. 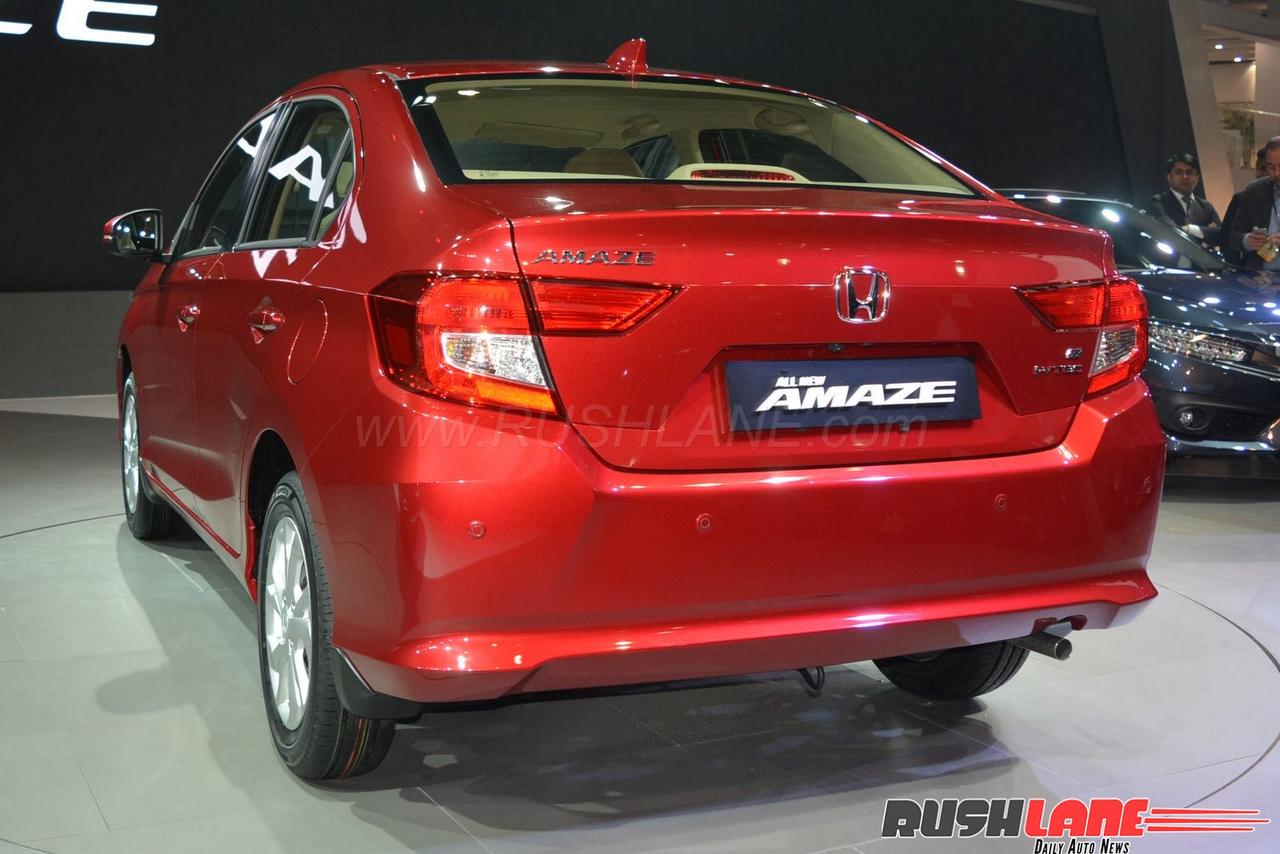 Expect the engine options to be same. The 1.2-litre i-VTEC petrol engine will continue to dish out 88 PS and 109 Nm of torque. In addition to a standard 5-speed manual transmission, the motor will also be offered with CVT now. Like in the previous model, the 1.5-litre i-DTEC diesel engine produces 100 PS and 200 Nm of torque when mated to a 5-speed manual gearbox or a CVT.

In the current Amaze, the petrol (manual) and diesel versions have ARAI certified mileage figures of 18.1 kmpl and 25.8 kmpl respectively. Expect the new gen Honda Amaze to be available in four-trims – E, S, SX and VX.