New Honda CRV boasts of a unique body structure offering enhanced stiffness and best in class rigidity. This along with a host of active safety features has gained the CR-V a 5 Star rating in Euro NCAP, the results of which have just been announced.

The Honda CRV gets All Director Collision Safety with next generation Advanced Capability Engineering body structure. This allows for equitable distribution of collision energy thus reducing force transferred to passenger cell and ensuring superior frontal, side and rear crash protection. 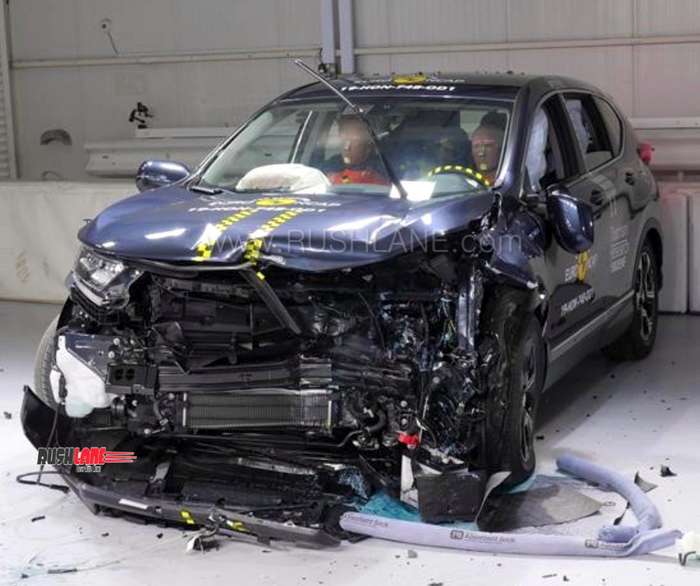 When put to the full width rigid barrier test, it was noted that protection of driver and rear passenger was good while in the side barrier test, all critical body part were well protected allowing for maximum points scored by the CR-V. Autonomous emergency braking system also performed well in the tests at low speed which is typical of city driving. Watch the crash test video below.

2019 Honda CR-V has also scored a 5 star rating at the ASEAN NCAP crash test. It gets driver assistance features such as multi angle rear view camera, lane watch, blind spot detection and 6 airbags offered as standard. Honda Sensing is also among the safety technologies offered on the CR-V using a combination of radar and camera information along with sensors to warn the driver of potentially dangerous conditions.