Hyundai Motors India is actively testing the next generation Grand i10. A bigger car than the current Grand i10, it will be based on a new platform. Launch in India is scheduled only for sometime in mid 2019 and will be a part of the 8 new products planned for launch by 2020 of which 5 will be next gen models.

Spied testing in Pune recently along with the Maruti WagonR by YouTuber Niladri Haldar. The spy model on test near Pune appear to be the top end variant. 2019 Grand i10, which will be presented in Era, Magna, Sportz, Sportz (O), Asta and Asta (O) variants will get new projector headlamps with LED DRLs, new 15” diamond cut alloy wheels and new color options on the top end variant while the base variant will receive a new set of wheel covers. 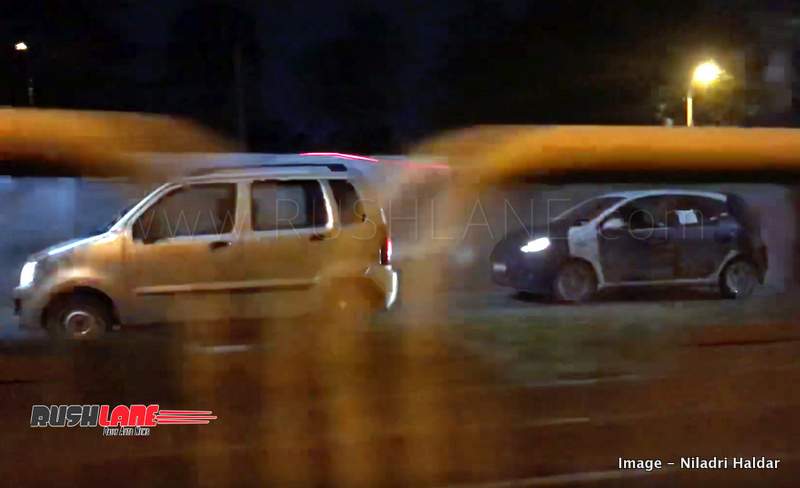 Interior features will also be as per variant with the top of the line Grand i10 receiving a large touchscreen infotainment system with twin dial instrument cluster with MID while the base variant gets a basic infotainment system and normal instrument cluster without an MID. The top variant also gets auto AC while the base variant will be seen with manual AC.

In terms of safety, the new Grand i10 will be seen with 2 airbags, ABS, EBD and cruise control. It will also get reverse camera, navigation and auto sensing headlamps.

Hyundai Grand i10 will get its power via the same engine lineup seen on its current counterpart. The 1.2 liter petrol engine will offer 83 bhp peak power and 113 Nm torque while the 1.2 liter diesel will be capable of 75bhp power and 190 Nm torque with both engines getting mated to an AMT gearbox. Once launched, the new Grand i10 will rival the likes of Maruti Swift – India’s best selling car last month.