RUSHLANEDAILY AUTO NEWS
HomeCar NewsNew Hyundai Grand i10 spied on test with Maruti Swift ahead of...

Planned for launch around the festive season, the new Hyundai Grand i10 has been spied once again. This time, the car has been spotted along side Maruti Swift, which is being used for benchmarking purpose. It is no secret that car companies use top selling cars in the segment as the benchmark. Mahindra was spotted testing XUV300 with Maruti Brezza. And now, Hyundai is testing the Grand i10 with new generation Maruti Swift.

New Hyundai Grand i10 will be positioned on a new and advanced platform. It will be larger than its current counterpart and sport new design elements while new engines which are BS VI compliant will also be a part of this update. 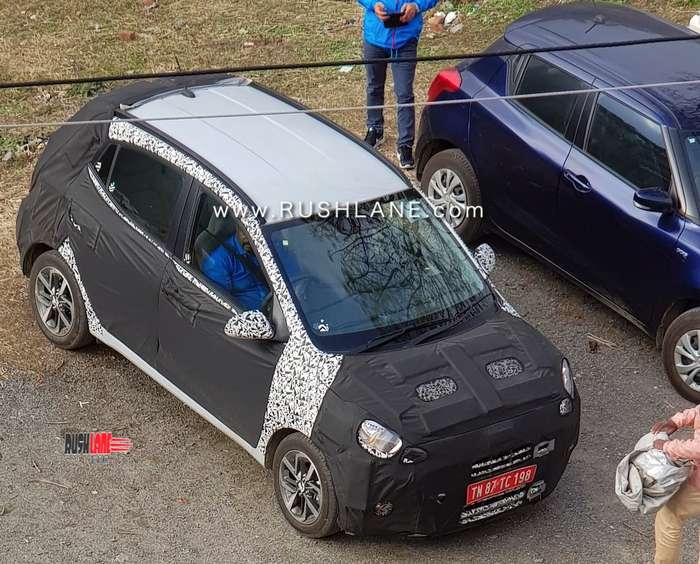 2019 Hyundai Grand i10 is positioned on the same platform on which the new generation Santro is based. Its spy pics have drawn attention to its exterior updates among which are a new cascading front grille, new fog lamps, redesigned head and tail lamps, LED DRLs, turn indicators mounted on front fenders and dual tone alloy wheels for top variant (mid variant get single tone alloys). To enhance its sporty stance, the Grand i10 now gets roof mounted stop lamps, roof rails and blackened A, B and C pillars.

Along with refreshed styling on its exteriors, the interiors of the Grand i10 also get revamped. Interior space is at a premium due to the larger platform offering better comforts all round to 5 adults. Interiors with a black and beige color scheme, also see changes in its steering wheel design while in terms of infotainment, there is a larger 8” touchscreen infotainment system and automatic climate controls with rear AC vents. Where safety is concerned, the Grand i10 gets updated with dual front airbags, rear parking sensors and ISOFIX child seat anchors along with a speed alert system, seat belt reminder for front passengers, ABS and EBD. 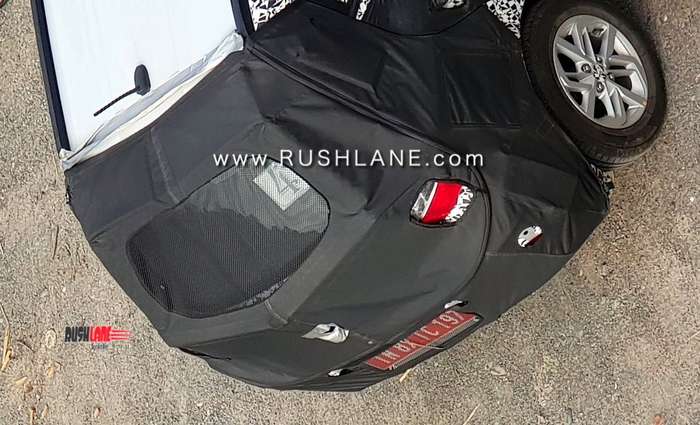 In terms of mechanics, 2019 Hyundai Grand i10 will continue to be powered by the 1.2 liter, four cylinder petrol engine and 1.2 liter, three cylinder diesel engine as seen on its current counterpart. The petrol engine offers 83 PS power and 116 Nm torque while the diesel engine produces 75 PS power and 190 Nm torque. Both engines will get mated to 5 speed manual gearbox, AMT could also be on offer. They are slated to be more fuel efficient and refined, thanks to BS6 implementation.

To be priced between Rs.5-8 lakhs, the Grand i10, which is a part of 8 new launches planned by Hyundai for India by 2020. Ahead of Grand i10, Hyundai will launch Maruti Brezza rival, QXi SUV in the sub 4 meter segment. It has already been teased by Hyundai India.