Hyundai Santro, codenamed AH2 as on date, is being actively tested in India ahead of launch. Launch date is reportedly scheduled for 23rd September 2018, the same date on which the earlier Santro was launched 20 years ago. The company is currently celebrating the 20th anniversary of the Santro, which ends on 23rd September, with a winner getting a surprising gift (probably a new Santro).

In the latest spy shots, or rather spy video by Mr Tanishq Jain, the new Hyundai Santro 2018 variant has been seen up close. It clearly shows its exterior design and interior updates, even though it is camouflaged. 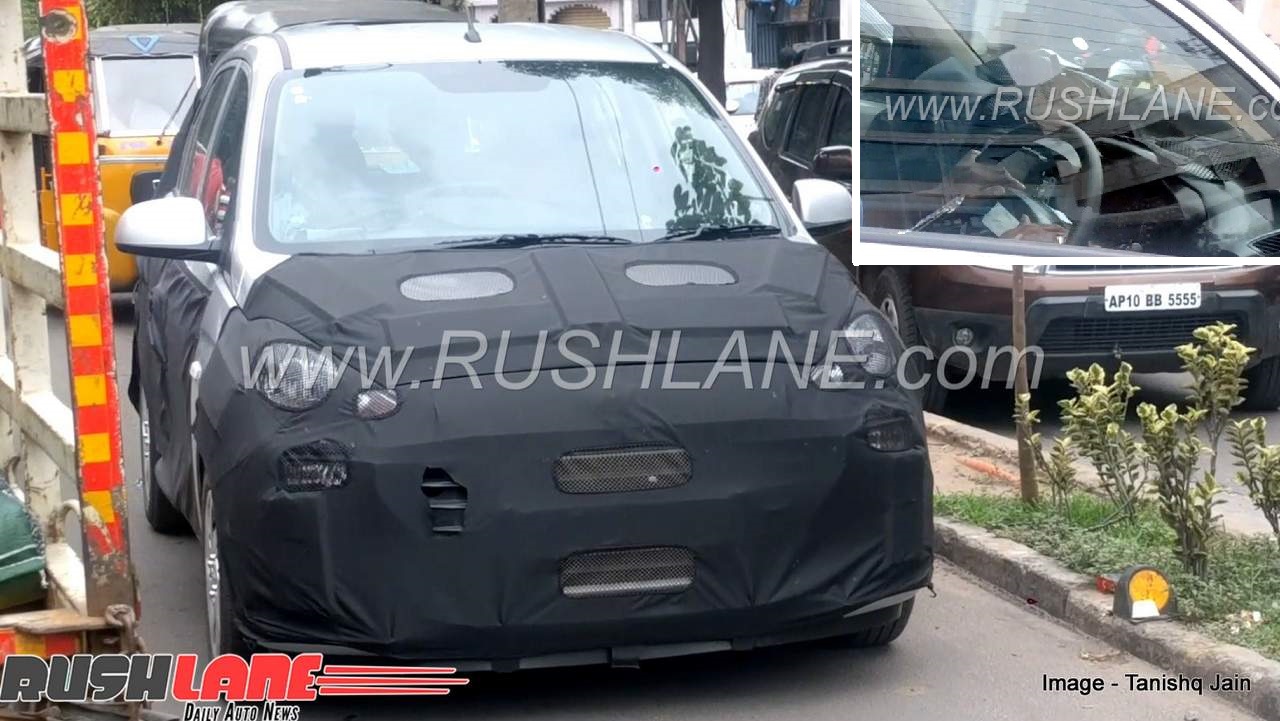 New Hyundai Santro hatchback is based on Hyundai Fluidic Sculpture 2.0 design language. It has borrowed styling cues from the Grand i10. Exterior features on offer are front fog lamps, headlamps with LED DRLs, character lines on its sides, pull open door handles and black inserts at the rear. It will also get electronically adjustable ORVMs with integrated turn indicators, rear wipers and steel wheels on the base model while top spec model will get alloy wheels.

Interiors of the new Hyundai Santro have also been detailed and will be seen with dual tone interiors in black and beige, an analog tachometer and large analog instrument cluster. It will also get a touchscreen infotainment system with Apple CarPlay, Android Auto compatibility. Reverse parking camera could also be offered with top-end variants.

Speaking about the engine, it is reported that 2018 Santro will come in powered by a 1.0 liter, 3 cylinder petrol engine with both manual and AMT transmission. This will make the new Santro, Hyundai’s first ever AMT car. Hyundai is calling their AMT technology as ‘Smart Auto’.

There will be also an option to buy company fitted CNG kit for those who want. 2018 Hyundai Santro is expected to be priced between Rs 3-5 lakhs and will compete with rivals such as the Tata Tiago and Renault Kwid. More details will be revealed later this week.