Hyundai Motors India Limited is getting ready to launch the new Santro, a good 4 years after the old generation Santro was pulled off production lines in 2014. The first Santro was the car which launched Hyundai in India. It was on sale in India for a total of 16 years since launch in 1998.

It will go on sale once again, this time as the new generation 2018 Santro – where it will be seen as a complete family car, thanks to a longer and wider body. The new Santro is in its final test phase. Recently, the Santro was spotted wearing CEAT FuelSmarrt tyres. These are low cost tyres which are on offer with entry level variants. They are affordable, and last longer. 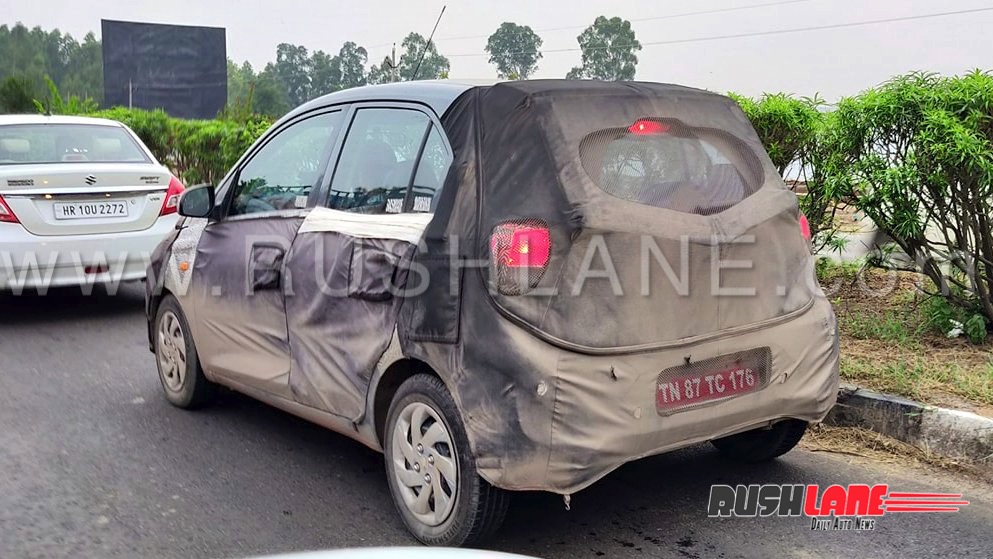 Hyundai had launched an online campaign called ‘Hyundai Naamkaran’ to seek suggestions into what this new hatchback should be called. However, nearly 30% of around 1.5 lakh entrants who participated in this campaign suggest that the name should be ‘Santro’.

The campaign closes on 15th September when entries are set to cross 5 lakhs. However, it is clear that the name ‘Santro’ will emerge as a winner and that is what the new hatchback could be called on launch in October.

Once all entries are in and the campaign closed, there will be a draw on the names shortlisted. The winner will be gifted the Hyundai Santro (AH2) by brand ambassador Shah Rukh Khan and Y K Yoo, Managing Director of Hyundai at the official launch of the car.

New Hyundai Santro is based on the Fluidic Sculpture 2.0 design philosophy. It will look more like the current Grand i10 in looks. Interiors will get spacious and more premium. It will get a touchscreen infotainment system as well as steering mounted controls. Airbags and ABS will be offered as standard.

Speaking about engines, expect a revised 1.0 liter petrol engine to power the 2018 Santro. It will be offered with a 5 speed MT and AMT Smart Auto option. Once launched, the new Santro will rival Maruti Suzuki Celerio, Renault Kwid, and Tata Tiago. It is expected to be priced in the range of Rs 3 lakhs.