A few days after leaked photos of 8th gen Sonata hit the internet, the company has now officially taken wraps off their all new Sonata. Set to make public debut at the New York Show in April 2019, 2020 Hyundai Sonata is a much larger, and sportier looking car, than the outgoing variant.

The 7th gen Hyundai Sonata, which was seen in a traditional boxy sedan style, now gets updated to 8th gen model; to a sleek four door coupe format. It gets new exterior styling inspired by Hyundai’s new global design language. It is based on the Le Fil Rouge concept, which was displayed at the 2018 Geneva Motor Show. 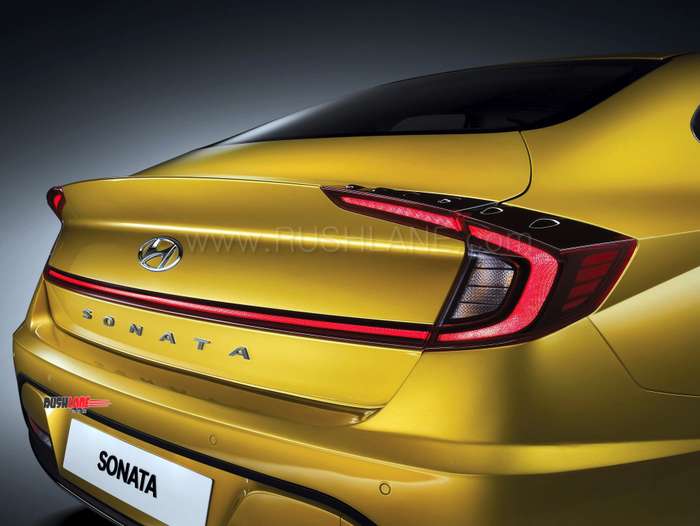 2020 Hyundai Sonata gets new yellow paint job and crisscross alloy wheels. Its exterior design elements include a sloping roofline, lower positioned trunk lid and short overhangs. It also receives chrome updates on its LED headlamp cluster, along with chrome coverings on window sills. A notable feature on the 2020 Hyundai Sonata is its Daytime Running Lights which are embedded in a way, that they are not easy to spot, and thus are given the name – Hidden Lighting Lamps, a first for any Hyundai car.

These Hidden Lighting Lamps appear to be part of the body, something that looks like made of a chromic material when switched off. But the minute you turn them on, it becomes dramatic, and makes the car stand out of the crowd. 2020 Hyundai Sonata also gains larger proportions over the outgoing model. It is 45mm longer, 25mm wider and 30mm lower with a 35mm longer wheelbase. 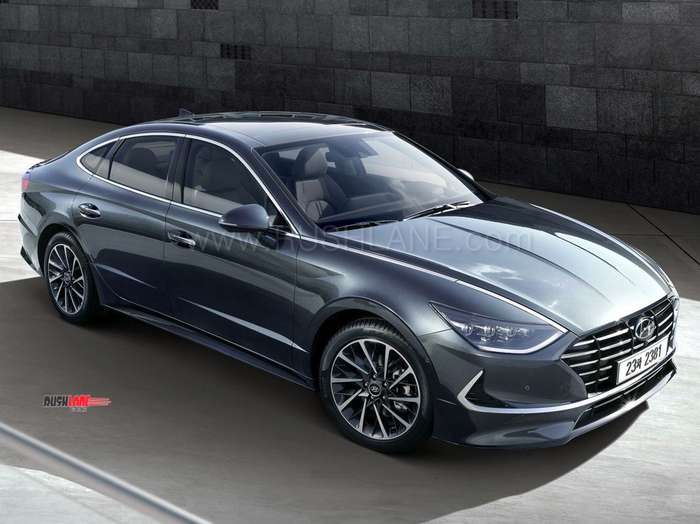 The tan coloured interiors have been inspired by that of a Stealth aircraft. On the inside too, the new Sonata is nothing less than futuristic. It sports a mid positioned touchscreen infotainment system, well crafted AC vents, multi function steering wheel with integrated controls and instrument console with a digital MID. Hyundai has designed a new digital key which can be operated via a smartphone app to lock and start up the car.

Where engine options on the 2020 Hyundai Sonata executive sedan is concerned, it could be the same engine that powered its outgoing model. These include a 2.0 liter turbocharged petrol engine and a 1.6 liter diesel engine while a 2.0 liter petrol electric hybrid could also be introduced. Set for launch in Korea and the US, following its showcasing at New York Show, launch in India is not on the cards.