Hyundai Verna, the company’s most popular offering in the mid-sized sedan segment, competes with the Honda City and Maruti Ciaz. Loaded with features, offered in 12 variants, offered in petrol and diesel engine options and in two gearbox options, the Verna is in its 5th generation in India.

Compared to rivals, sales of Hyundai Verna are lower than that of Maruti Ciaz and Honda City. To bring a boost in their sales, Hyundai dealers are now offering exciting discounts on Verna of up to Rs 80,000.

Interiors of the Verna Anniversary Edition get a beige and black color scheme and an all black dashboard. Seating is seen in black leatherette as against a black and beige combination seen on its standard model. 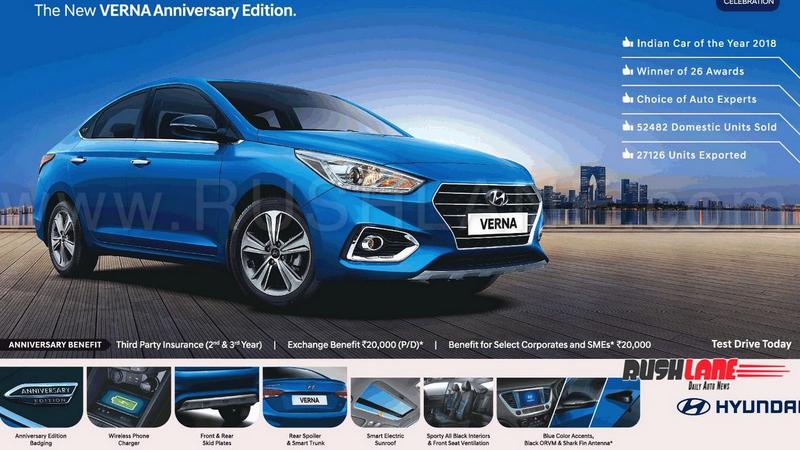 The top spec SX(O) receives a sunroof, ventilated seats, 7.0” touchscreen infotainment system with Android Auto and Apple CarPlay while wireless charging is a special feature on the Verna Anniversary Edition that made its debut on the 2018 Creta facelift.