2018 Isuzu MU-X Facelift, spied testing in India is expected to launch later this year. It will come in sporting a number of exterior updates and interior design accents with a number of new safety features, though mechanics stay the same.

Originally launched in May 2017, the Isuzu MU-X UV was priced from Rs 24.79 lakhs to Rs 26.76 lakhs for the 4×2 and 4×4 variants respectively. Now set to receive a facelift, the 2018 Isuzu MU-X gets cosmetic accents, some of which are evident from the model on test, despite its heavy camouflage. 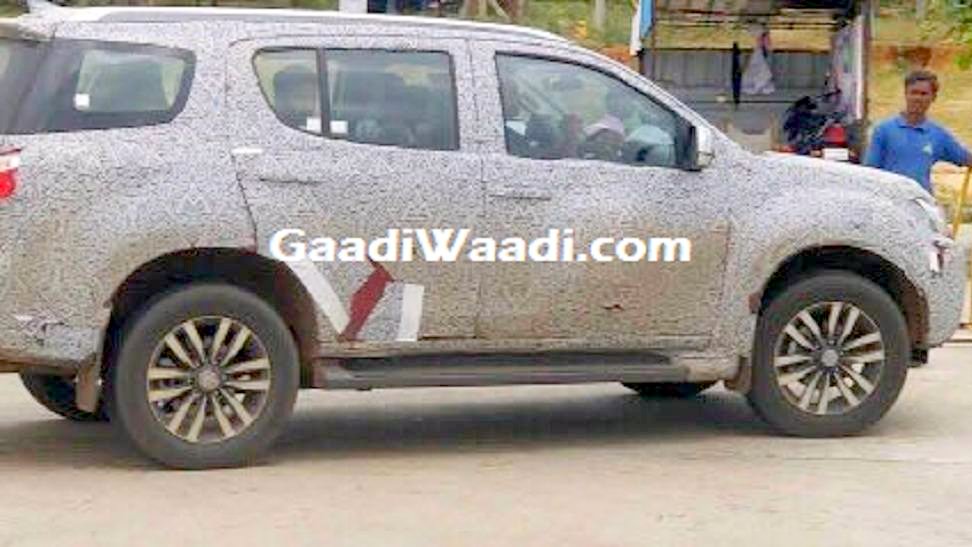 Exterior updates could include new projector headlamps, integrated LED DRLs, LED guide lights and a revised front grille with horizontal slats and wider air intakes. It will also receive new front and rear bumpers, refreshed fog lamps and a host of chrome accents to show off its premium position.

2018 Isuzu MU-X Facelift sits on larger 18” multi spoke alloy wheels as against the 17” wheels seen on its earlier counterpart. Towards the rear, new tail lamp cluster, fresh graphics and LED guide lights are to be noted. 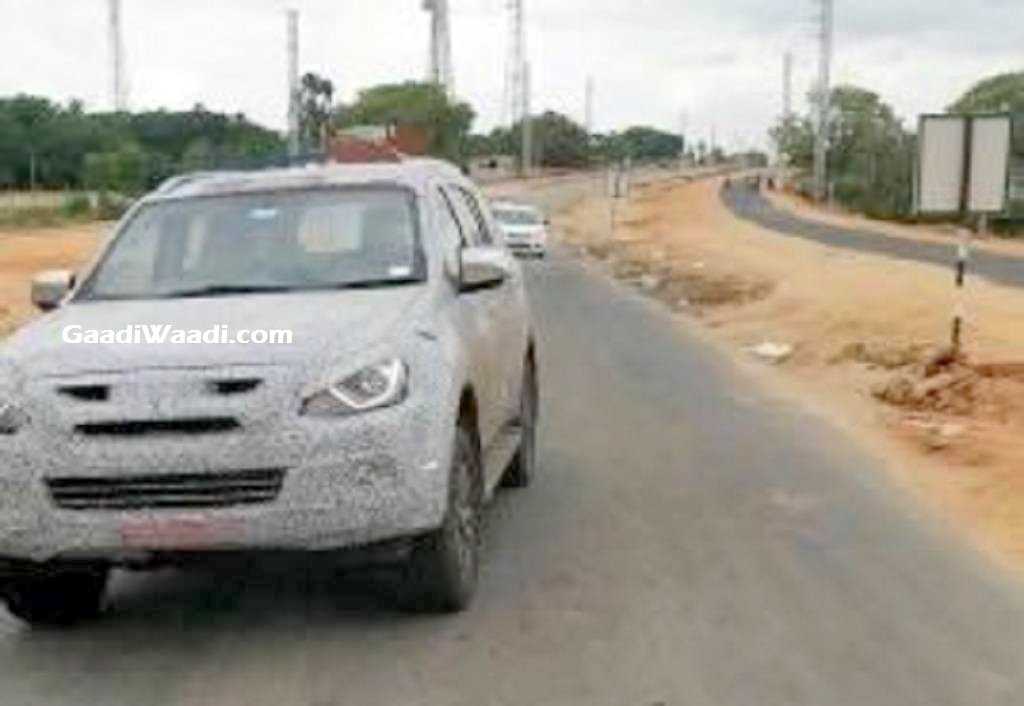 Cabin comforts could include a two tone dashboard with faux wood trims, soft touch plastics, a central console dominated by an 8” touchscreen infotainment system with a host of connectivity options and plush and comfortable seating.

Isuzu MU-X Facelift will be powered by a 3.0 liter common rail, direct injection, intercooler engine offering 174 bhp peak power at 3,600 rpm and 380 Nm peak torque at 1,800 rpm mated to a 5 speed automatic transmission. The MU-X is also sold with a 1.9 liter, turbo diesel engine offering 150 hp power and 350 Nm torque but it is yet to be ascertained if this engine will be offered on the India spec model. Once officially launched in India, the Isuzu MU-X Facelift will compete with the Toyota Fortuner and Ford Endeavour.