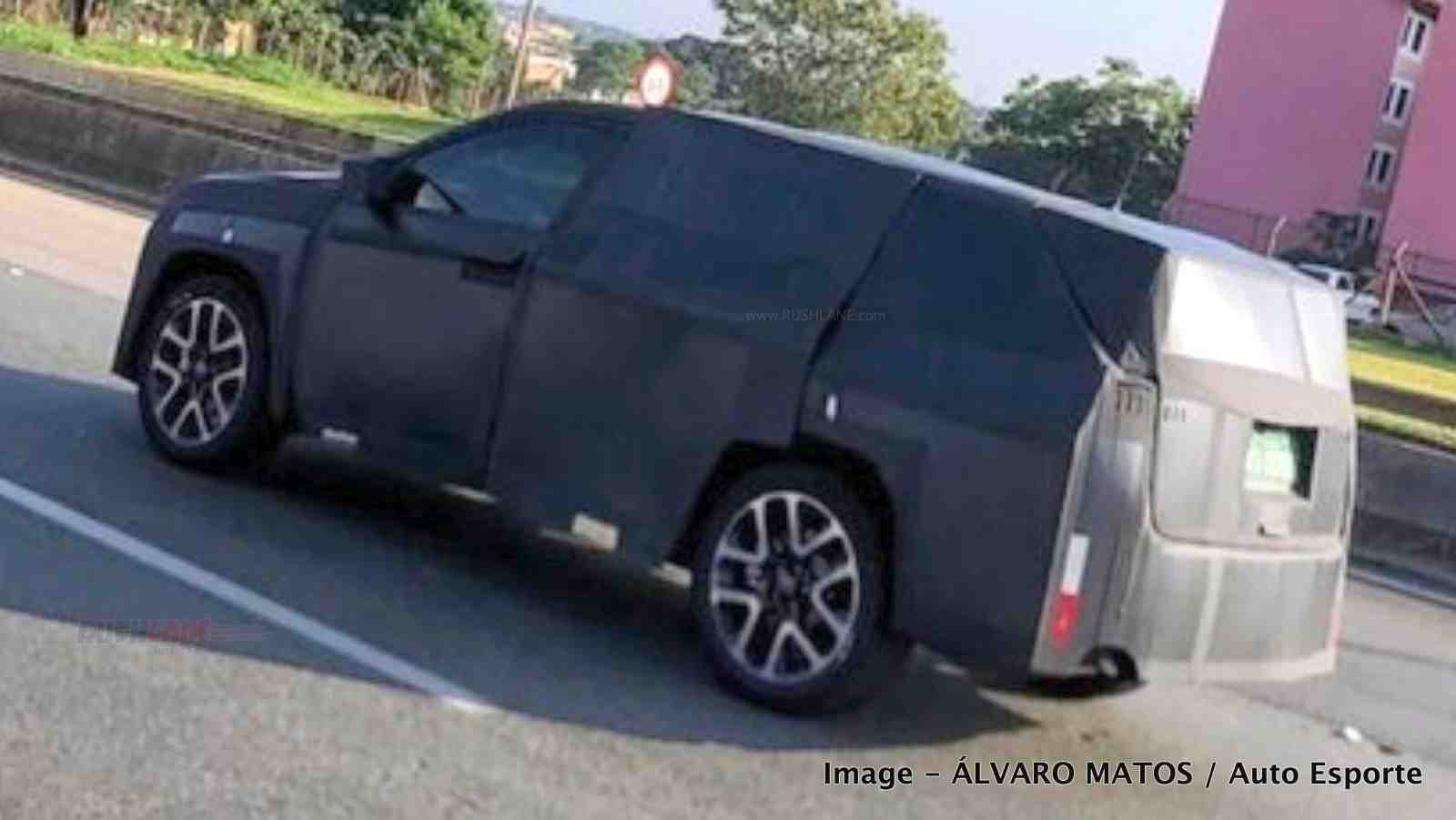 A new Jeep 7-seater SUV was spied testing on public roads for the first time. The much-anticipated SUV, codenamed as Jeep 598, was spotted in the streets of Brazil, wearing heavy masks. Unlike popular thoughts, the Jeep 598 is not an extended 7-seater version of the Jeep Compass. The good news is that it will eventually come to the Indian market (sometime in 2021), but the price segment is unknown as of now.

From how it sounds, the Jeep 598 would be entirely different (and not just by dimensions) from the models we have seen so far (especially the Compass). As per reports, it will employ a different suspension and steering gear even though utilising the brand’s popular Small-Wide platform.

Initial reports also state that the New Jeep 7 seater SUV has a wheelbase of 2800mm (the Compass has 2630mm). Anything between 2700mm and 2900mm is an average wheelbase of 3-row 7-seater vehicles across the world. Jeep already sells the 7-seater Grand Commander SUV, based on the CUSW (Compact U.S. Wide) platform of the Jeep Cherokee (not to be mistaken for the Grand Cherokee sold in India). 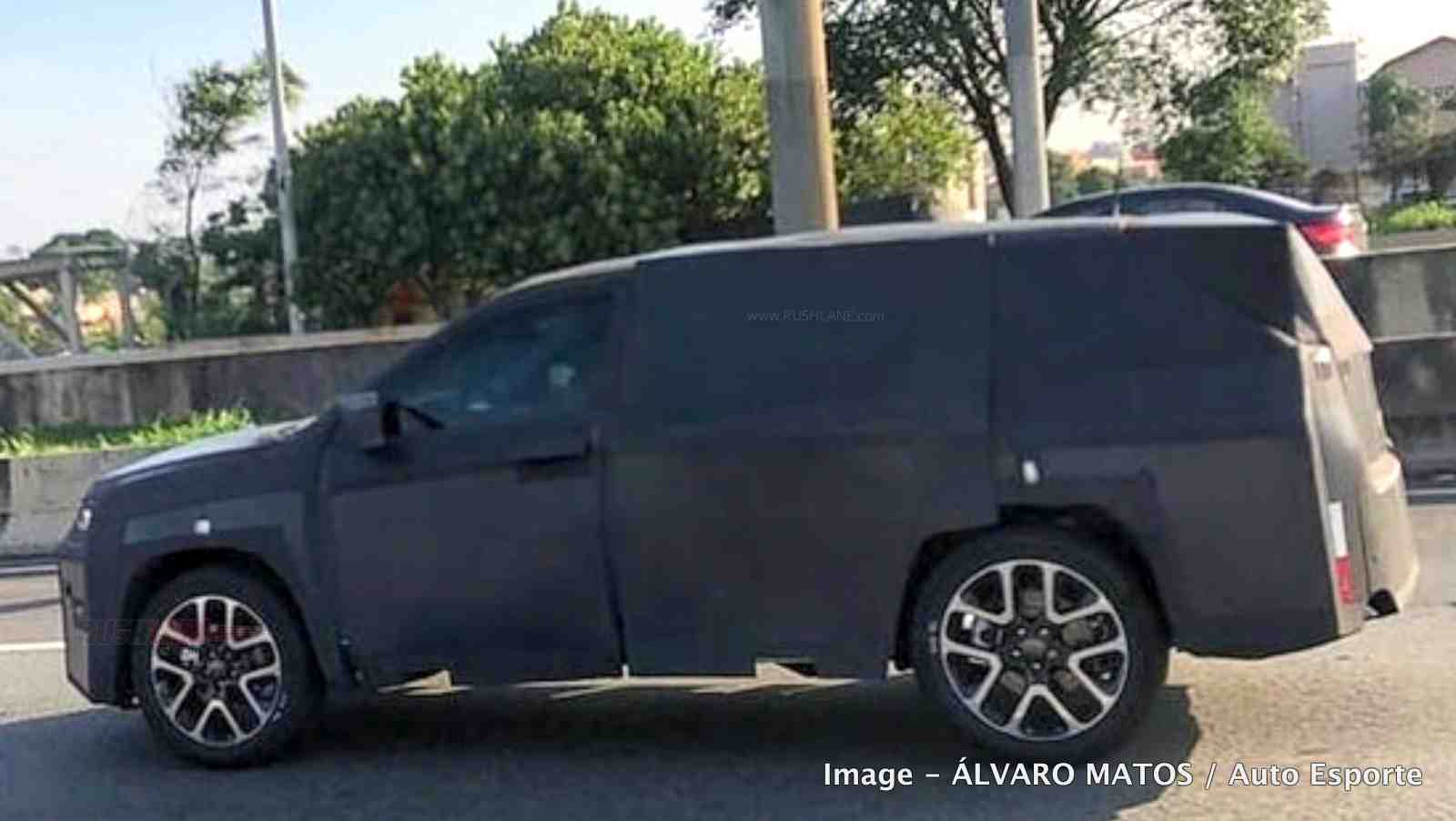 As mentioned before, the Jeep 598 is surrounded by a lot of speculations and rumours. This revolves around the internal specifications as well. If rumours are to be believed, the New Jeep 7 seater SUV will get two engine choices: 1.3-litre FireFly turbo petrol and 2.0-litre MultiJet II diesel.

The petrol power plant is relatively new and is manufactured at the FCA Powertrain facility in Bielsko-Biala, Poland. In the markets it is employed, the four-cylinder engine is available in two states of tune: 148bhp/270Nm and 177bhp/270Nm. The diesel unit should produce a similar output as in the case of the Jeep Compass; around 170bhp and 350Nm of torque.

Transmission choices include a 6-speed manual or a CVT unit for the petrol variants while the diesel models make use of a 9-speed automatic or the existing 6-speed manual unit. In typical Jeep fashion, all-wheel-drive powertrains will be available. There is also a possibility of a plug-in hybrid petrol variant for foreign markets, but it is too early to confirm.

Jeep India has not been doing particularly well in the past months and the demand for its gamechanger Compass SUV has dropped down by a huge margin. The main reason for this is the tight competition in the SUV segment and we hope the American-origin brand makes a strong comeback with the production version of the Jeep 7 seater SUV. The Jeep Compass will undergo a facelift before that. Launch of Compass facelift is scheduled in 2020, while that of the 7 seater Jeep SUV is in 2021 for India.