Launched in India back in 2017, Jeep Compass SUV no longer continues to manage a decent number of sales every month. But the sales are not strong as they were in the first year of launch. That is bound to happen. For most cars, sales are strongest in the initial year, after that they start to decline.

There are many reasons for that. Arrival of new options in the market is one of them. One of the biggest rival to Jeep Compass was launched in India this year – Tata Harrier. It will soon get more rivals, in the form of Kia SP SUV, MG Hector, Citroen A5 Aircross, Skoda Karoq, to name a few. In order to keep sales momentum going, Jeep will update their Compass as well.

First showcased in Brazil in 2016, the Jeep Compass is now getting ready for a facelift. 2020 Jeep Compass facelift will debut first in Brazil, most likely at the Sao Paulo Motor Show later this year. Work on the facelifted Jeep Compass has also commenced India, where it is expected to be showcased at the 2020 Auto Expo. 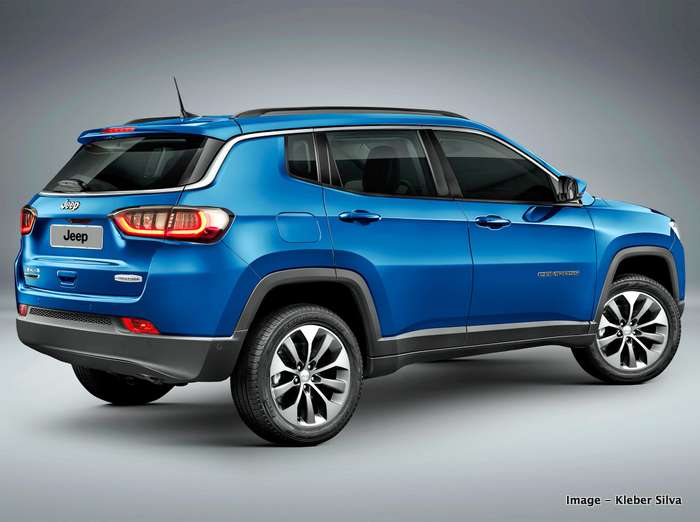 The 2020 Jeep Compass facelift will see significant changes in design. It will sport a new front bumper, revised head and tail lamps and a new front grille. Interiors will also be more feature rich as compared to those seen on the current model with leather material, a new infotainment system with updated tech and gadget will be on board.

Expect connected car tech, like the ones seen on MG Hector to be on board the new Compass. It will also get enhanced safety features. All of which should combine to make the new Jeep Compass facelift more attractive to buyers.