Latest spy-shots of a 3-door Jeep Wrangler captures the SUV with ARAI (Automotive Research Association of India) stickers on the windshield, indicating that the SUV is currently doing testing in India and can potentially make its market debut in the upcoming months.

Though the test mule was spotted without any moniker, it looked like the Sahara trim of the Jeep Wrangler. The SUV was spotted sporting 18-inch alloy wheels with flared wheel arches and a spare wheel mounted on the tailgate. The front stayed true to the iconic Jeep style, sporting a seven-slat grille. Additionally, the SUV had LED headlights at the front. 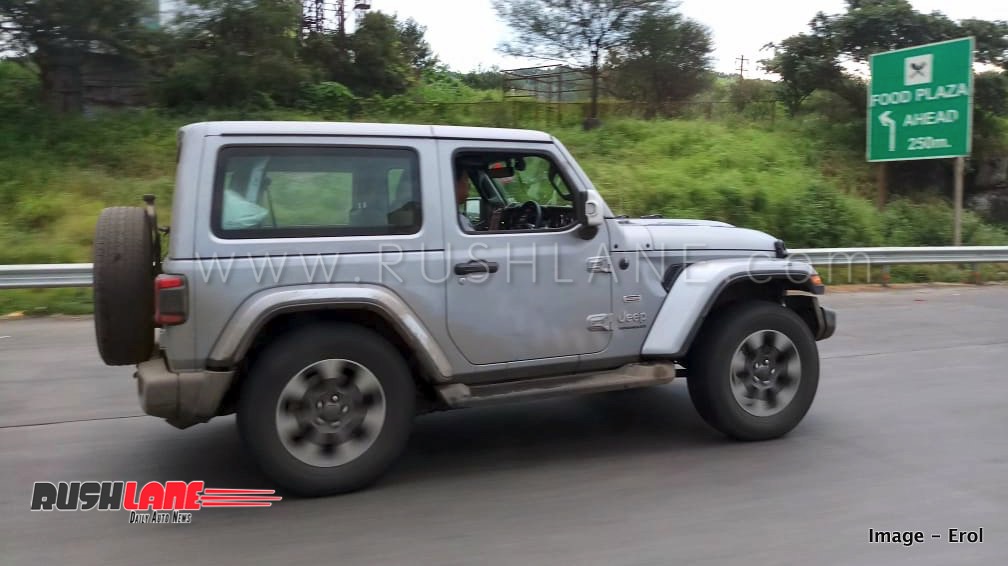 Though the powertrain options for the next-gen Wrangler aren’t clear at the moment, the 3.6 litre V6 naturally aspirated Pentastar petrol engine is highly likely to be continued. Reports suggest that additionally, a 2.0 litre or 2.2 litre turbocharged diesel engine should also be on offer.

In other international markets, the Wrangler also has a 2.2 litre, 4 cylinder turbocharged petrol engine option which employees mild-hybrid technology. However, chances of launch of this engine option in India are slim. As far as the gearbox options are concerned, the Jeep Wrangler is expected to come along with just an eight-speed automatic unit and no manual transmission option. 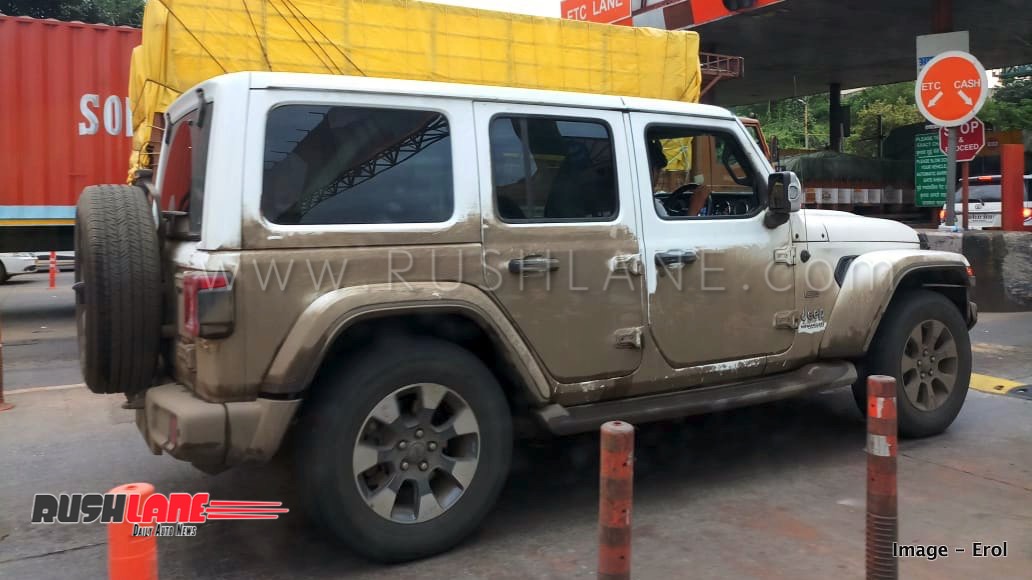 Though the spy-shots don’t reveal any details regarding the cabin, the updated Wrangler is expected to feature an Uconnect 4C NAV 8.4-inch touchscreen infotainment system. Other features on offer are passive keyless entry, dual-zone automatic climate control, push-button start and much more.