Apart from the engine upgrade, there are no other major changes in the motorcycle. Versys 1000 had debuted in India in January 2015 at a price of Rs 12.9 lakh. The outgoing BS4 model is priced at Rs 10.69 lakh. Kawasaki appears to be following an aggressive pricing strategy to boost sales of Versys 1000.

Essentially a crossover derived from Ninja 1000, Kawasaki Versys 1000 blends in the styling of an adventure motorcycle and reliable performance of a long distance tourer. Versys 1000 will also not disappoint folks looking for sport riding. It’s a well-equipped bike offering a range of features and hardware that allow customers to explore endless possibilities.

Some of the key features include new LED headlamp with integrated position lamp and low and high beams. Being significantly brighter, these headlamps make night rides a lot safer. The instrument panel sports a futuristic look and feel and comprises a fully digital LCD screen and an analogue-style tachometer. New Versys 1000 offers better protection against the wind with wider shrouds and new front cowl. The adjustable windscreen now has an added functionality that allows riders to easily change its position while riding the motorcycle. 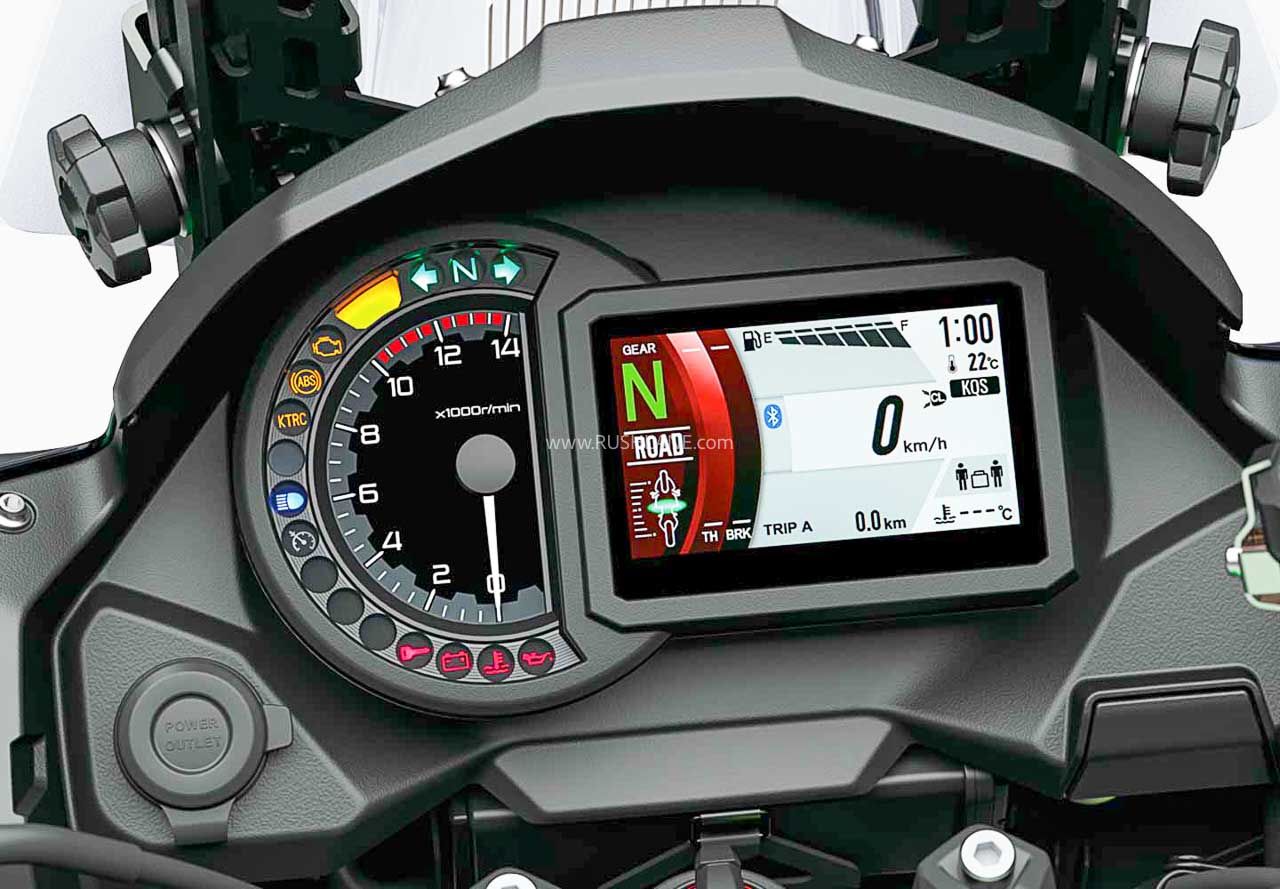 Powering new Versys 1000 is a 1,043 cc liquid-cooled, 4-stroke in-line four engine that churns out max power of 120 ps at 9,000 rpm and max torque of 102 Nm at 7,500 rpm. Engine is mated to a 6-speed transmission. The engine offers superior throttle response and strong torque throughout the rev range.

Kawasaki has ensured that riding Versys 1000 turns out to be aurally exhilarating as well for users. The bike is equipped with assist & slipper clutch, which ensures a light feel on the lever and works as a back-torque limiter.

Long distance touring capabilities of Versys 1000 are evident in its upright riding stance, comfortable seats, decent luggage space, and 21-litre fuel tank. The bike is equipped with electronic cruise control, which allows riders to maintain a constant speed without applying the throttle. This feature can be activated with just a press of a button. It significantly improves riding comfort during long distance touring. There’s a handy 40W DC socket as well, which is now offered as standard.

Versys 1000 is also designed for superior safety. It is equipped with supersport-grade anti-lock brake system, IMU-based cornering management function and advanced traction control system. Braking duties are performed by 310 mm and 250 mm petal discs at front and rear, respectively. Suspension system comprises inverted forks at the front and gas-charged units with preload adjustability at the rear.