The 2021 KTM 125 Duke, the smallest sibling of the Duke family gets updated. This smallest commuter bike, which was initially launched in 2018 and went on to be one of the best sellers in the company lineup. Price is introductory – Rs 1.5 lakh, ex-sh, Delhi. This makes it about Rs 8k more expensive than older Duke 125.

Seeing the good sale response, KTM India has now decided to update the Duke 125 design, and make it look more like other Duke’s in the family. 2021 Duke 125 is updated in terms of design and features. Initial examples have started moving into company showrooms and bookings have also opened. Deliveries start in coming days.

The KTM 125 Duke borrows heavily from its larger 200 Duke. It is based on the company’s new design language also seen on the KTM 200 Duke. It is positioned on the same steel trellis framework integrated with bolt on sub-frame and borrows parts such as the headlamp, body panels, fuel tank and LCD screen making the 125 Duke almost identical to the larger 200 Duke.

The 2021 KTM 125 Duke also get updates in tank extensions and at the rear end while new colour options are also a part of the update. As seen on the 200 Duke and 250 Duke, the new 125 Duke also receives an LCD instrument cluster but misses out on Bluetooth connectivity as is seen on the 390 Duke. Take a look at the detailed walkaround as well as first ride impression video by Youtub channel Nitish Neo below.

Targeting a younger and more adventurous set of buyers in the country, the 125 Duke will get a larger fuel tank of 13.5 liter capacity as against the 11 liter tank seen on its current counterpart. Overall weight has been increased by 7 kgs and seat height goes up from a current 818 mm to 822 mm. The updated KTM 125 Duke is also likely to get two colour options of orange with white and white with black.

The updated KTM 125 Duke gets its power via a BS6 124cc, liquid cooled, single cylinder engine offering 14.5 hp power at 9,250 rpm and 12 Nm torque at 8,000 rpm mated to a 6 speed transmission. These are the same figures as seen on its BS4 engine. Braking and suspension are the same via 300mm front disc brakes and 230mm disc at the rear and 43mm WP upside down fork in the front and WP monoshock at the rear. 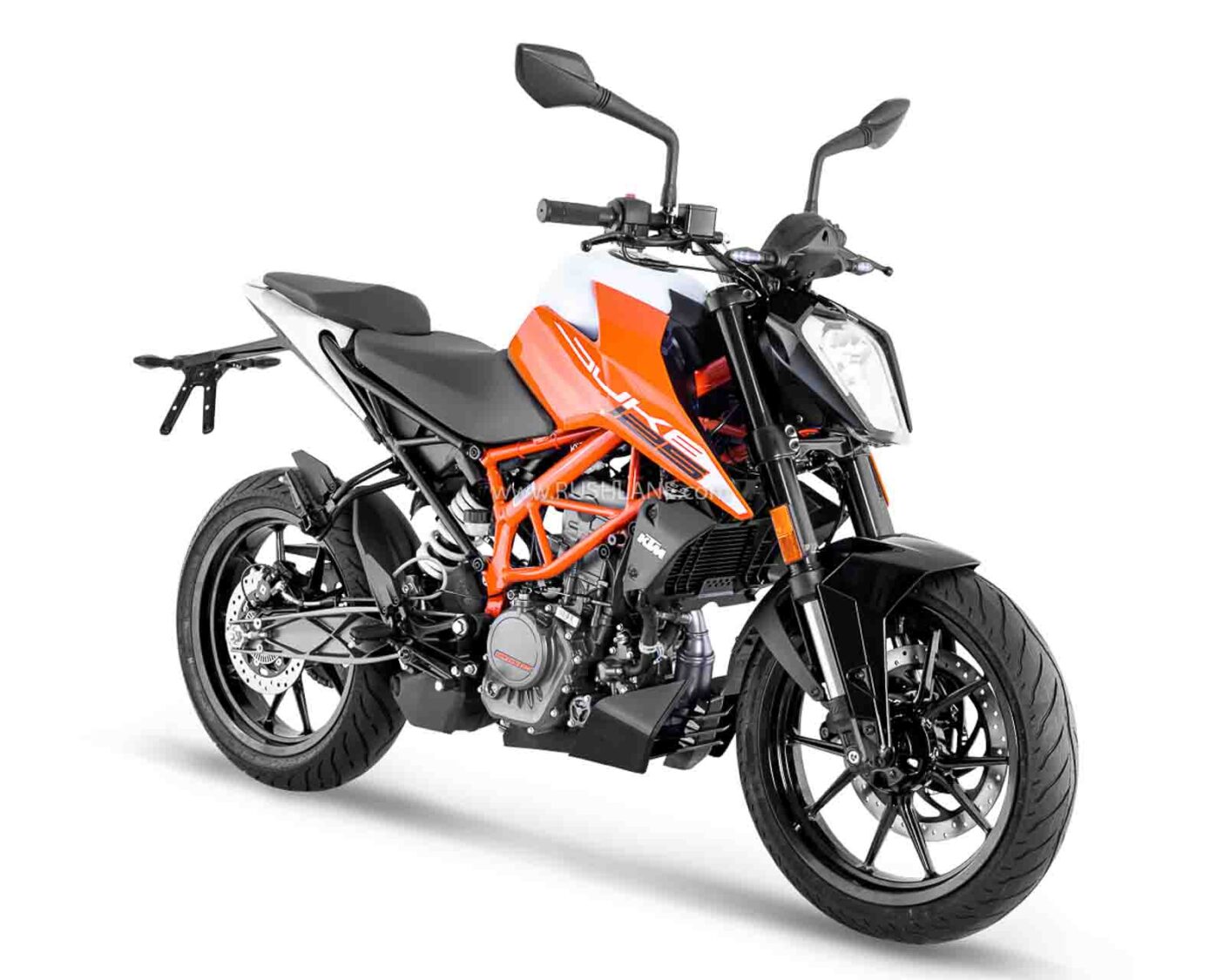 Sumeet Narang, President (Probiking) at Bajaj Auto Ltd. said “Spawned from the 1290 beast itself and packed full of Duke attitude, the KTM 125 DUKE exudes qualities never seen in this category before. The ultra-lightweight trellis frame and subframe provide razor-sharp control, and the new styling is an absolute head turner.

The launch of KTM 125 DUKE in late 2018 had been a point of inflection for KTM’s stronghold amongst the young biking enthusiasts in India. Upgrading that model with this new all capable entry level KTM is another testimony of the brand’s commitment to bringing pure performance to its valued customers.”