To be offered in 7 and 8 seater options, the new Mahindra MPV, codenamed U321 as on date, is slated for launch sometime before Diwali 2018. It has been spied testing near the company plant in Igatpuri, near Nashik, wherein, though under camouflage certain design elements have come to the fore.

Mahindra U321 will be a premium offering from the company. It will be a luxurious MPV, which has been benchmarked against India’s best selling premium MPV, the Toyota Innova Crysta. The latest spy shots reveal the car in production ready body and wheels. It was spied when the car was on test along with a Toyota Innova Crysta. 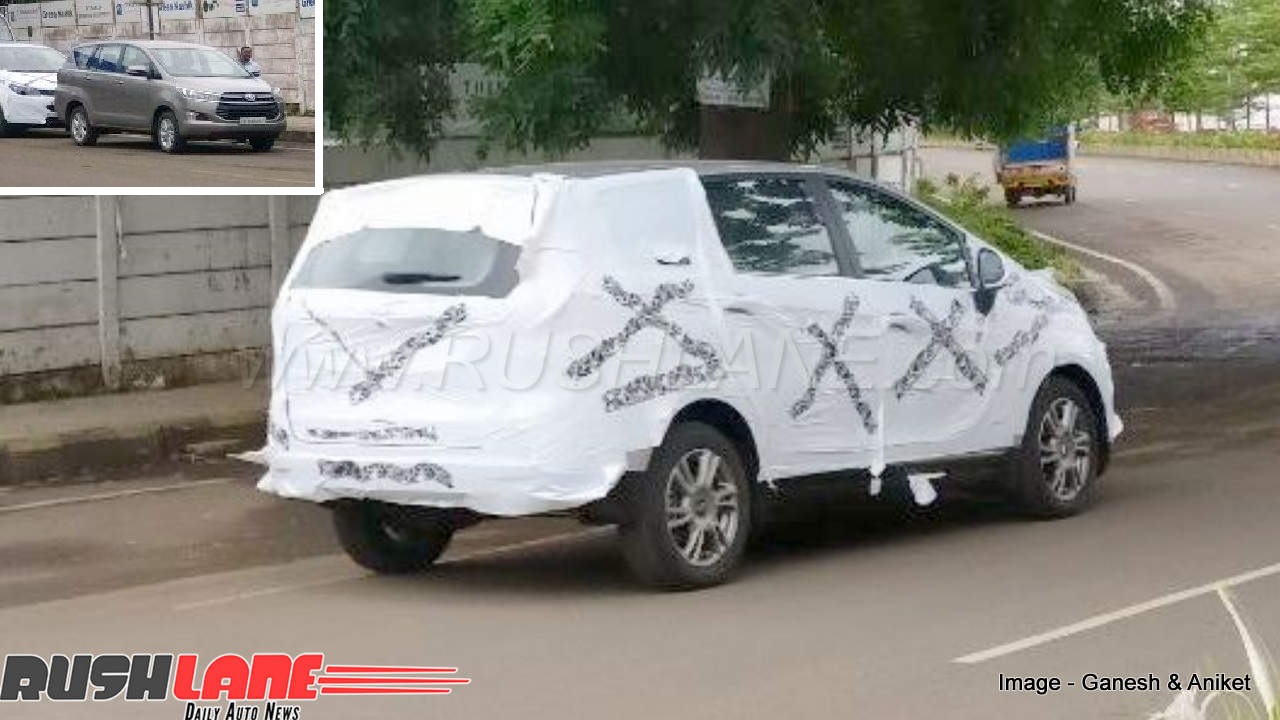 Mahindra U321 is the company’s third product to be positioned on the monocoque platform after the XUV500 and KUV100. It boasts of a new bonnet design with stylish grilles offering the SUV a rugged stance. A longer wheelbase will contribute to more spacious interiors while onboard equipment is also slated to be more premium. The top spec variant is expected to sit on 5 spoke, 16” alloy wheels fitted with chunky Apollo Apterra tyres.

It will also be produced from the same plant from where the Xylo is produced along with the, Bolero, Verito and Thar. The U321 has been developed at the company’s R&D Center in Troy, US. 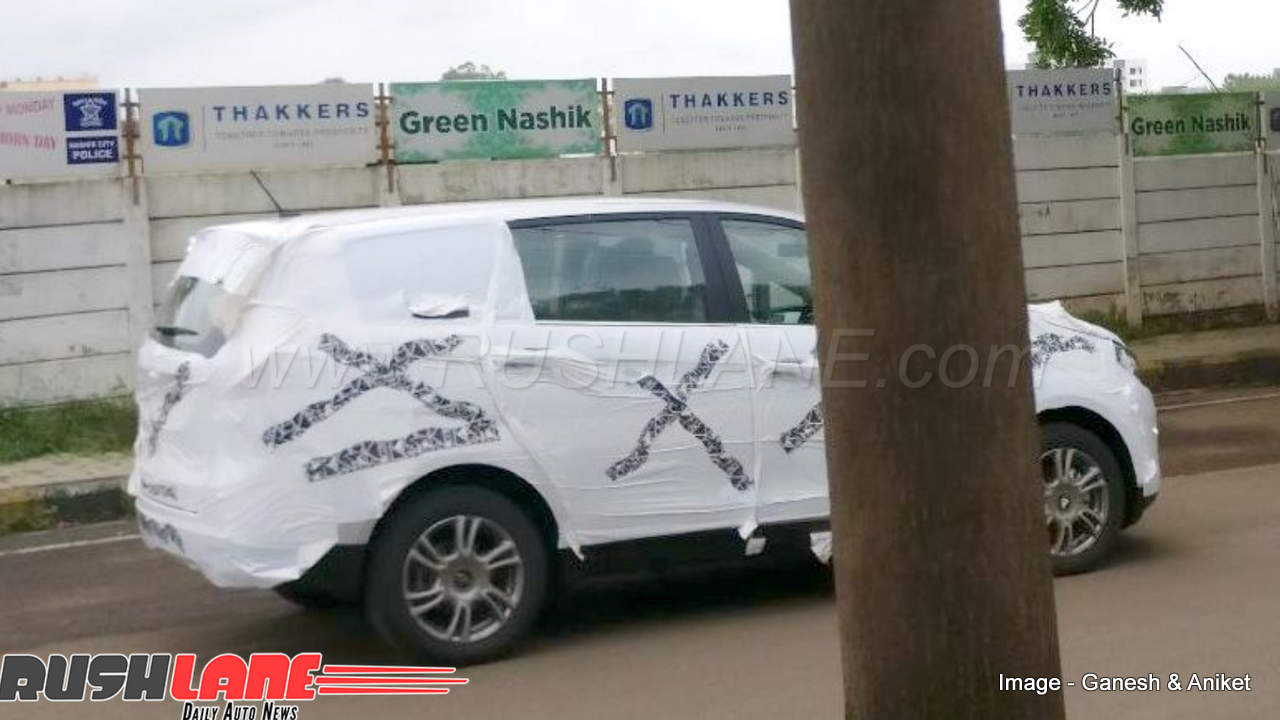 In terms of safety, the U321 will get Airbags, ABS with EBD as standard across all variants. It will also get side and curtain airbags only on top end variants. Park Assist, Parking Sensors and Parking Camera will also be among safety feature offered.

Engine specifications could include all new 2.0 liter engine offering 140 PS power and 320 Nm torque mated to a 6 speed manual and 6 speed automatic transmission with mileage pegged at 16 kmpl under normal driving conditions. Mahindra U321 is likely to be priced in the range of Rs 14 lakhs, a price at which it will comfortably take on rivals such as the Maruti Suzuki Ertiga and Toyota Innova Crysta.