All-new Mahindra Thar has generated much excitement among critics and enthusiasts alike. It is widely considered to be vastly improved in all aspects compared to its predecessor. While prices are yet to be announced, many already think that Mahindra has a winner on its hands.

Well, here is an unpopular opinion. New Mahindra Thar is a bit too overloaded compared to the what the nameplate originally stood for, and needless to say, the design is a blatant copy. If you are offended by the Chinese Landwind X7 imitating Range Rover Evoque, by that logic, how can you be appreciative of the new Mahindra Thar’s styling? 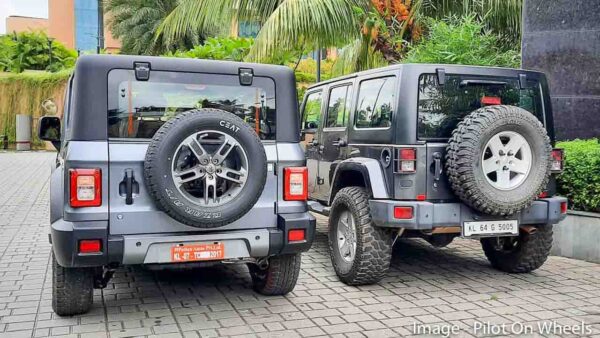 2021 Mahindra Thar looks good (except for its ‘original’ radiator grille) but considering that styling has been derived from one of the most iconic off-roaders in the world, that’s the least it could do. We will just let these images demonstrate the degree of resemblance. Mahindra may or may not have covered all the legal points related to design infringement but it’s plainly apparent what the new Thar imitates.

Relationship between Mahindra and Jeep

Mahindra’s relationship with Jeep dates back to late 1940s when it began assembling Willys Jeep under license in India. That’s how Jeep’s trademark seven-slot grille became the Indian UV specialist’s design identity as well. Since then, Mahindra has come a long way, and has successfully transformed itself from a Jeep manufacturer to a full fledged SUV specialist. 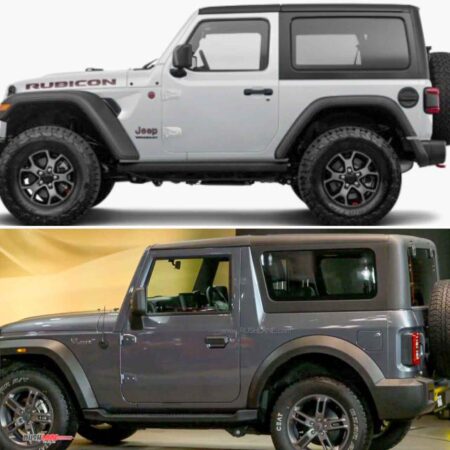 FCA which currently owns Jeep brand, has clearly established its displeasure at Mahindra’s continued use of its design traits. In a recent legal battle over the design of Mahindra Roxor (old Thar’s ATV derivative for the US market), the US International Trade Commission ruled in favour of FCA. There is a ban on the import of Roxor kits into the US. This episode may have led the Indian automaker to abandon the obvious seven-slot grille on the new Thar. The final grille design looks more like an afterthought, but has Mahindra done enough to make its off-roader unique? Doesn’t look like it.

We think, with world class resources at its disposal, Mahindra could have come up with a fitting successor to the old Thar without inheriting the Jeep Wrangler Rubicon 2-door’s design philosophy. It seems that the automaker has opted for the easy way out.

Moving up the ladder 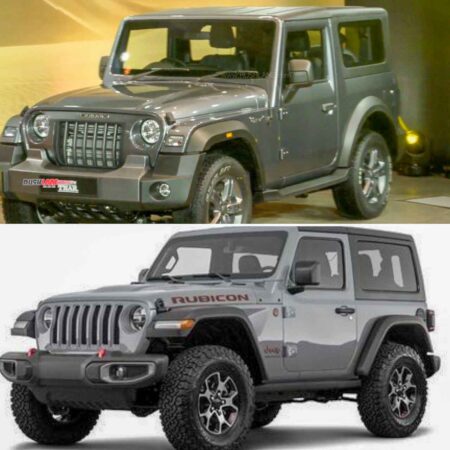 Moving on from design to market positioning, the original Mahindra Thar positioned itself as a simple and rugged off-roader at an affordable price point. With an array of gadgetry and equipment, new Thar clearly moves several notches up the market (translates into higher price), in search of new customers, ditching a significant portion of its core audience in the process.

While the forward facing rear seats and well equipped dashboard improve new Mahindra Thar’s appeal, it does not emerge as a practical family SUV. If you have a budget of around INR 11 to 15 lakhs (estimated price range of new Thar) and are looking for a vehicle that can transport your family in comfort, there are much better options in the market, like Kia Seltos and Hyundai Creta. 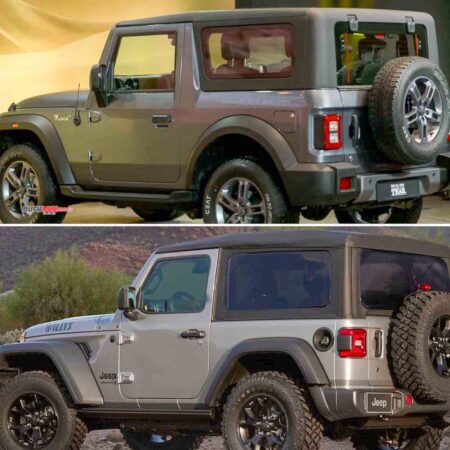 Even if you are looking for an off-roader at the aforementioned price point, would you choose the Thar or be tempted to have a look at the Isuzu D-Max V-Cross, which is clearly a few segments above, and has the cool quotient of a pickup. There is no denying that the 2021 Mahindra Thar has gotten attention, but its sales success will depend on pricing. Let’s wait for October 2.