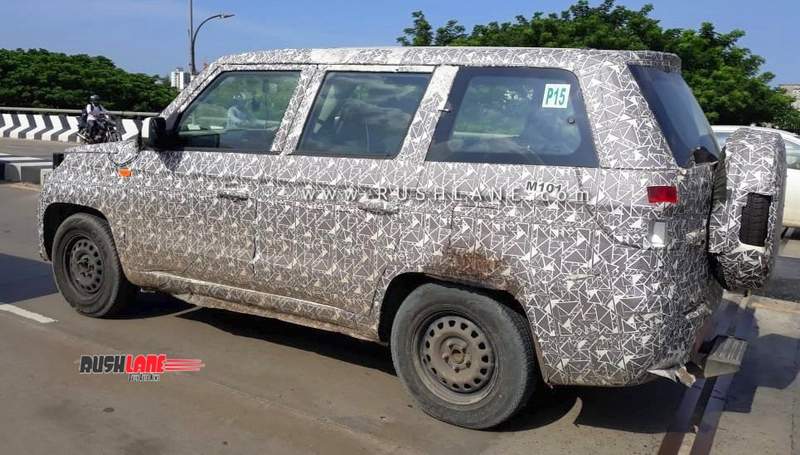 Mahindra is actively testing its new TUV300 Plus variant ahead of official launch. It was recently spied on test in Chennai by automotive enthusiast Ganesh Kumar. New images draw attention to some of its exterior updates with a completely revised front fascia.

New TUV300 Plus, which is based on a ladder frame construction as seen on the Scorpio, sports squared off wheel arches, wraparound tail lights and a tailgate mounted spare wheel. The headlamp cluster is also refreshed with rounded conventional lights while the front grille sports a honeycomb design with black coloured accents.

Interiors are also set to receive a few updates while in terms of its overall design it remains largely untouched. It will continue to sport faux leather upholstery in its top spec variants and a 7” touchscreen infotainment system, 4 speakers, tweeters and GPS navigation while second row seats will be folding so as to increase boot space if needed. 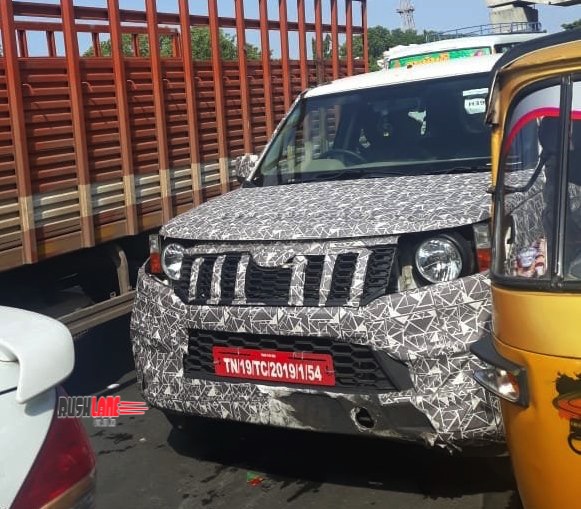 Current Mahindra TUV300 Plus, launched earlier in May 2018 was powered by a 2.2 liter, 4 cylinder, mHawk diesel engine offering 120 bhp power at 4,000 rpm and 280 Nm torque at 1,800-2,800 rpm mated to a 6 speed manual transmission. It is this same engine that will be making its way onto the upcoming model and is expected to be BS VI compliant in accordance with new emission norms.