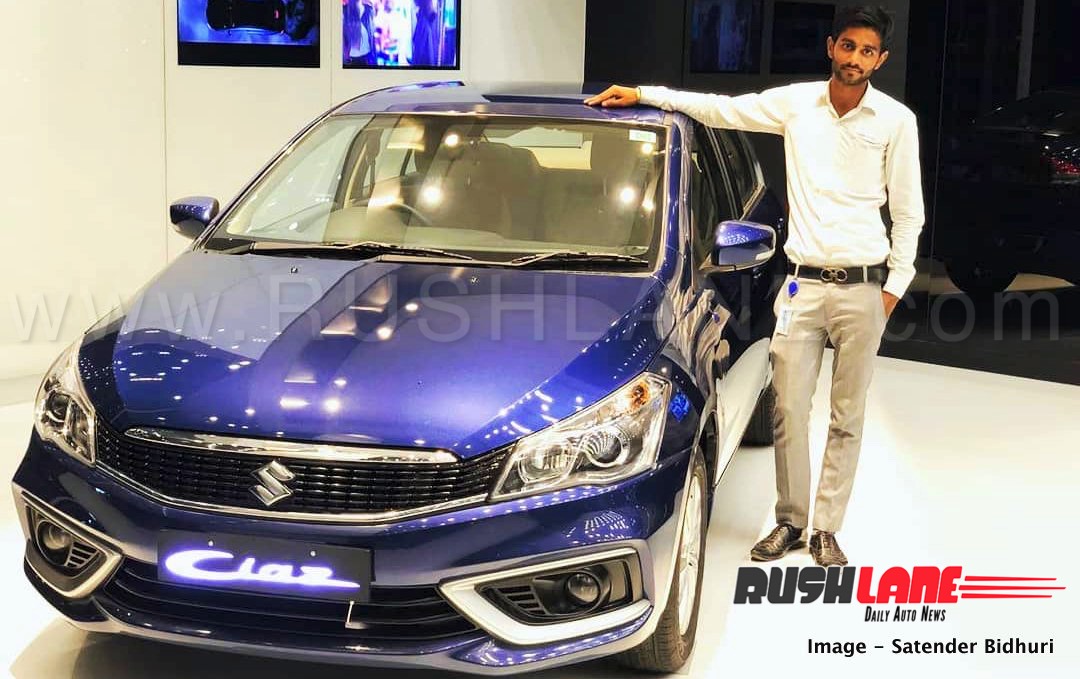 Speaking about the new Maruti Ciaz facelift, it gets a new front grille, new headlamps with LED projector auto beam and LED DRLs along with LED fog lamps. Then there is 12 spoke machined alloy wheels which are offered on the Alpha trim while he also details its LED tail lamps. The new defogger on its rear windscreen is a new feature along with a built in glass antenna. The Ciaz gets a class leading feature in the form of a 510 liter boot space.

Going into its interiors, there is enhanced leg space, its leather finished, dual tone upholstery and the SmartPlay infotainment system which gets Apple CarPlay and Android Auto. There is also a voice command system and the Ciaz’ TFT instrument cluster.

2018 Maruti Ciaz also gets a new 1.5 liter K15B engine which offers 103.5 bhp power and 138 Nm torque which comes in with an SHVS micro hybrid system ensuring better fuel efficiency. This engine gets mated to a 5 speed manual transmission and 4 speed automatic and is priced from Rs 8.19 lakhs. Diesel engine is 1.3 liter SHVS. It is priced from Rs 9.19 lakhs.