Officially teased ahead of launch in India on 20th August 2018, the Maruti Suzuki Ciaz facelift will come in with a number of cosmetic updates and refreshed exterior and interior features. Ahead of launch, we can now confirm that the production of the car has started at company plant. New spy images from inside the plant have leaked.

In terms of cosmetic updates and new and improved features, as have been confirmed from spy pics of the model on test. Ciaz facelift C segment sedan will get a chrome front grille, headlamps with projector lamps and LED DRLs. 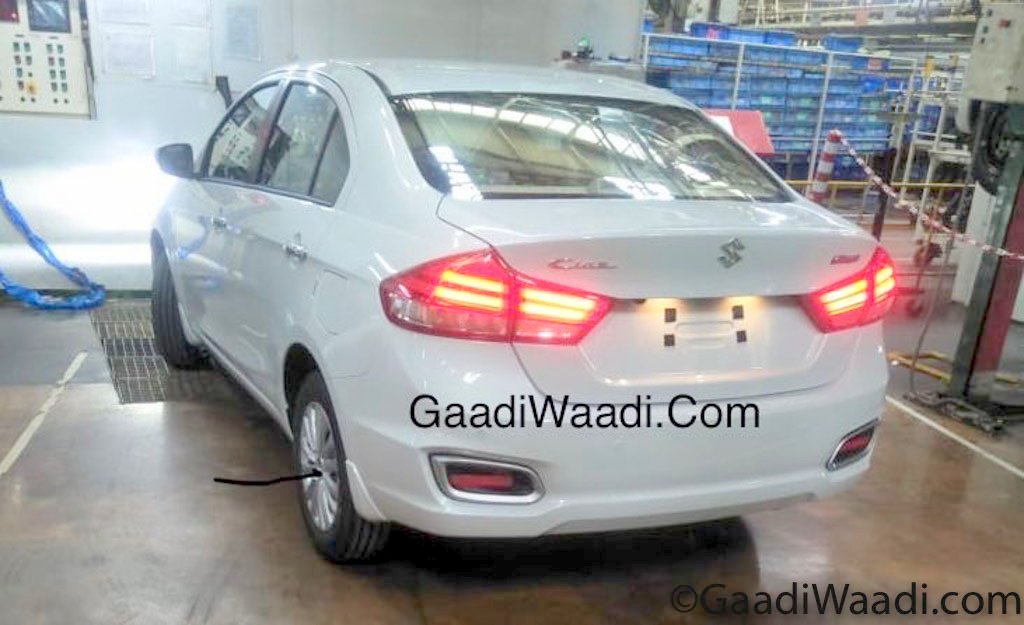 It will also get revised front bumper, larger air intakes and new fog lamps. In addition to this, there will be a new set of alloy wheels while changes to the rear include new LED tail lamps, new reflectors and a revised bumper design.

Interiors also get redesigned with a beige color scheme, new upholstery, faux wood inserts on the dashboard and doors and an updated steering wheel design. An updated SmartPlay infotainment system will include features such as Apple CarPlay and Android Auto while it is also learnt that Maruti Suzuki will offer Suzuki Connect Telematics system with the Ciaz facelift. 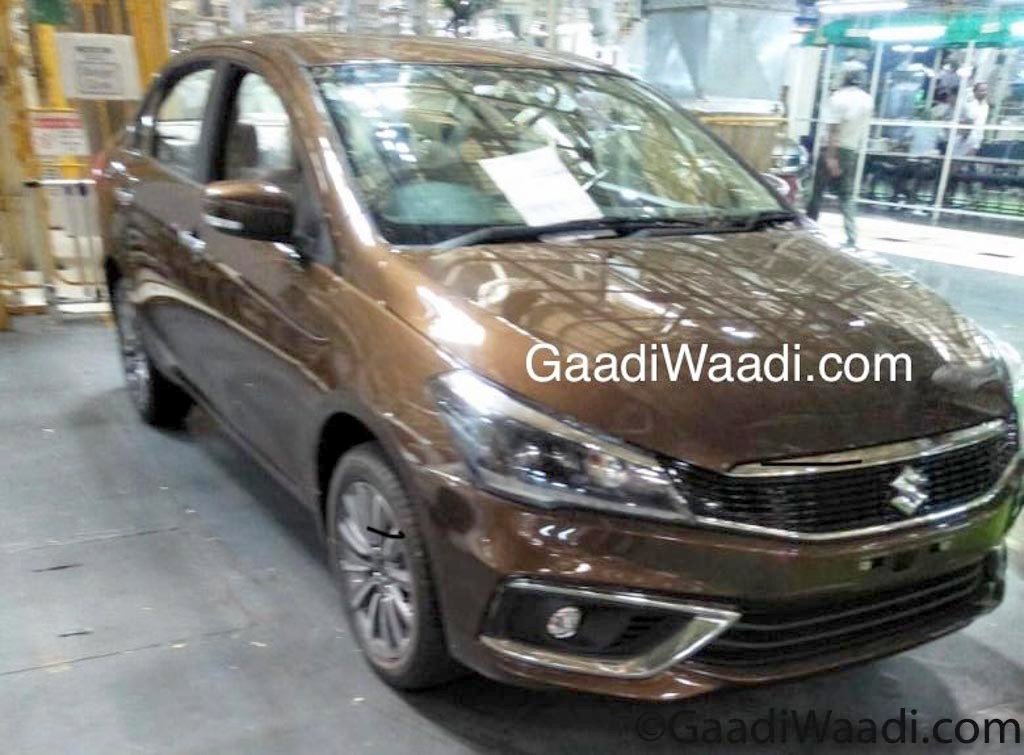 The new Ciaz facelift will becoming the first petrol hybrid car in its segment. It will come in with a new 1.5 liter K Series petrol engine in place of the 1.4 liter engine seen on its current counterpart. This new engine will offer 104 bhp power and 138 Nm torque and will sport a mild hybrid system to optimize fuel efficiency.

UPDATE –New Maruti Ciaz 2018 petrol variant will be the most fuel efficient family sedan in India. It will deliver a mileage of 21.56 kmpl for the manual transmission variant and 20.28 kmpl for automatic transmission. Compared to current Ciaz, this is an improvement from 20.73 kmpl and 19.12 kmpl respectively. Rivals Honda City and Hyundai Verna petrol manual delivers 17.4 kmpl.

In addition to this, the SHVS system will get dual batteries. The lead acid battery only powers the AC and headlamps. The Li-ion battery supplies energy to engine electric parts like instrument cluster and music system.

This petrol engine will be mated to a 5 speed manual and 4 speed automatic transmission. Ciaz facelift not be offered with a diesel engine at launch. 2018 Maruti Ciaz diesel will be launched at a later date. The diesel engine will be same as before, in the form of Fiat sourced 1.3 liter DDiS offering 89 bhp power and 200 Nm torque.