Maruti Suzuki India Limited is all ready to strengthen its position in the C2 premium sedan segment with the updated 2018 Ciaz. Set to be to be officially launched in the country on August 20, new teasers of the car are out. The latest teasers also detail the car’s LED lights in the front and rear.

NEXA dealer showrooms have started accepting bookings for the 2018 Maruti Ciaz facelift. The new Ciaz facelift takes the place of the older Ciaz which was launched in India four years ago. New Ciaz gets more fuel efficient and powerful petrol engine. Diesel engine remains same as before. 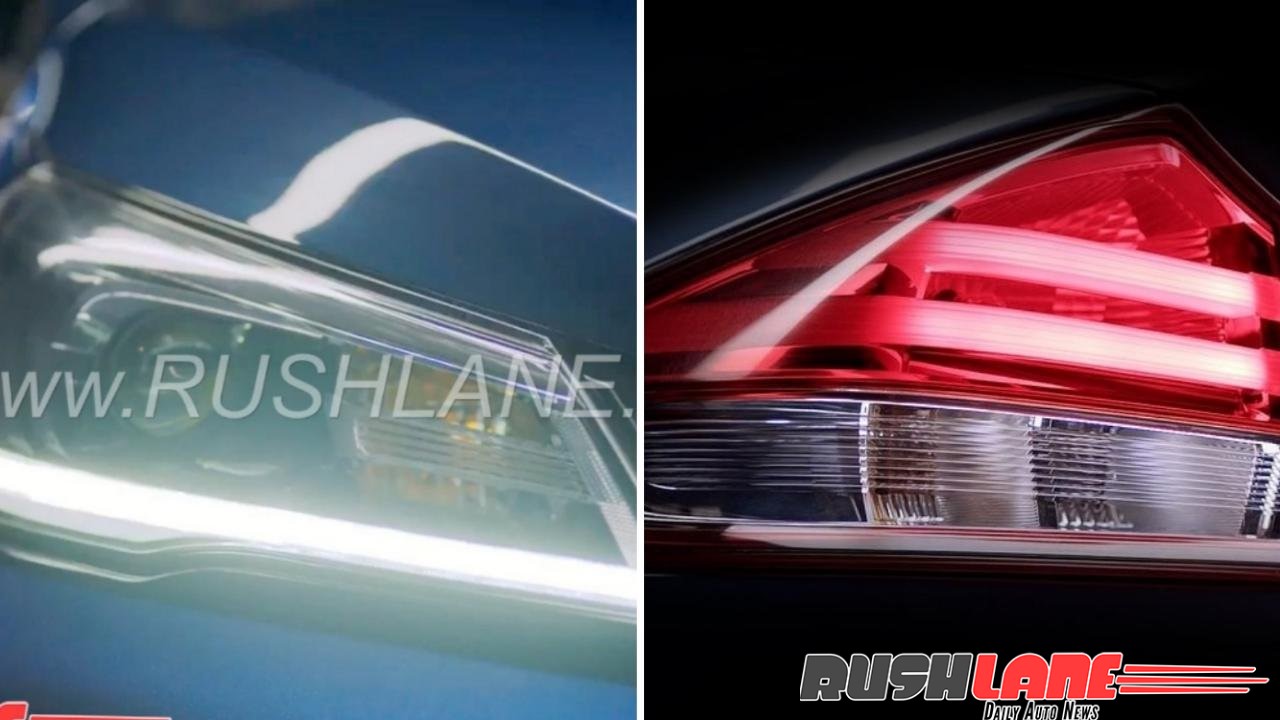 Boasting of a bold exterior design, the 2018 Ciaz facelift will command a more premium presence. Though the overall look is similar to that  on the current model, it will be seen with additional features such as revised LED projector headlamps and LED DRLs along with LED rear lamps.

It will sit on 15” wheels and interiors will also be seen with some added features such as a more updated dashboard, premium finish to seats, door and roof lining and two digital screens. The large 7” Smartplay touchscreen infotainment system will support the latest Android Auto connectivity and Apple CarPlay with in-built navigation system.

The biggest update will be in the form of a 1.5 liter K15B engine offering 104 PS power and 138 Nm torque with an SHVS mild hybrid system. This updated petrol engine is said to be even more fuel efficient with ARAI fuel economy figures set to stand at 21.56 kmpl for the manual version and at 20.28 kmpl for the automatic.

Diesel variant of the new Maruti Ciaz will continue to be powered by the same 1.3 liter DDiS 200 diesel engine seen on the current model. This engine offers 90 PS power and 200 Nm torque. Transmission options include 5 speed manual and 4 speed auto. Auto transmission is only offered with petrol.