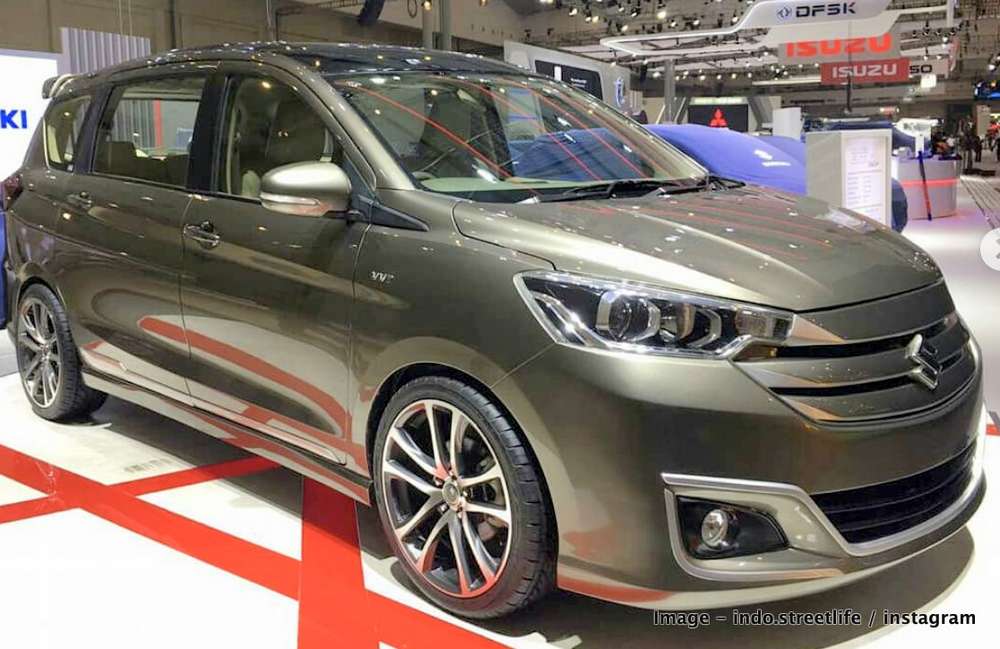 An interesting Maruti Ertiga Concept is being showcased at the GIIAS 2019 (Gaikindo Indonesia International Auto Show). The sporty exhibit has been developed by Suzuki in association with Indonesia-based Signal Group.

Based on the new gen Ertiga, the concept presents a few ideas if you are thinking about sprucing up your compact people mover. The modifications are purely cosmetic and the most prominent one is the wider grille with body coloured slats. The MPV which is finished in grey paint job also receives a new bumper with trough shaped secondary airdam.

The 2nd row seats come with a 40-20-40 split, with the middle partition foldable and can be used as arm rest. This means that the new Ertiga Concept is a 6 seater as well as a 7 seater. The concept is powered by Indonesia-spec 1.5-liter K15B petrol motor which is mated to a 4-speed automatic transmission. The engine develops 104 hp and 138 Nm of torque. It is also being reported that Maruti Suzuki is working on a 6-seater version of Ertiga which could be positioned slightly above the current 7-seat variant.

Spied on test in India, the 6 seater variant of Ertiga is expected to be launched soon in India. It will be retailed via Nexa outlets, as it will be a premium offering. The current Ertiga is retailed via regular Maruti dealers called Arena.

In a related news, Maruti Ertiga has reportedly been chosen to be the second electric vehicle by the automaker in India after the WagonR. Ertiga’s popularity among both private buyers and fleet operators is said to be one of the reasons for its selection for electrification. 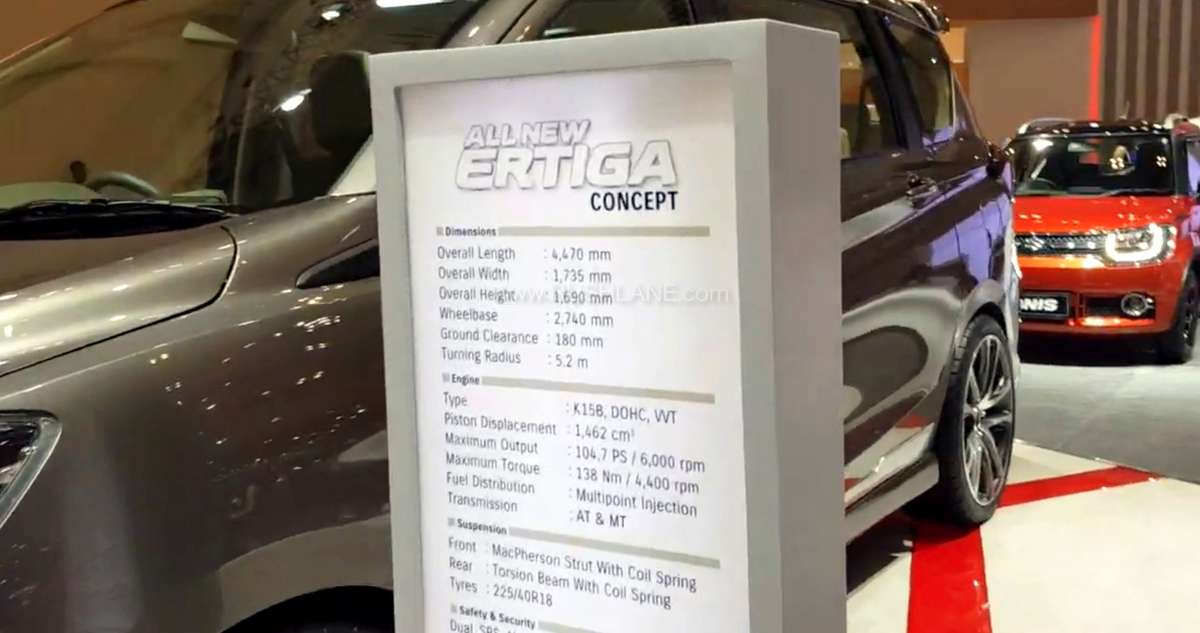 The electric Maruti Ertiga will be developed with Suzuki’s Indian subsidiary taking the lead. Expect the green people mover to be powered by heavily localized electric powertrain. The Suzuki-Denso-Toshiba lithium ion battery manufacturing unit which is coming up in Gujarat is expected to play a crucial role in keeping the local content high.

The Maruti Ertiga EV will benefit from the attractive incentives offered by the government of India including subsidies under FAME-II scheme, income tax relaxations on EV vehicle loans, etc. We hope the adequate charging infrastructure of EVs is established across the country by the time of launch.