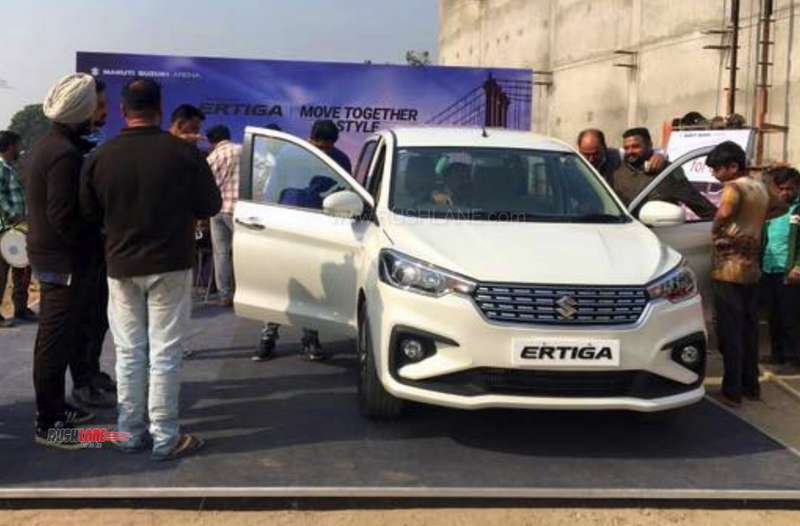 Ertiga has remained a consistent performer for Maruti Suzuki for several years. But the new, second-generation Ertiga, has taken the sales performance to a new level for the car maker. Since the time it was launched in November last year, new Ertiga has registered sales of more than 47k units.

Maruti Ertiga has registered above 8k monthly sales figures for the last 3 months. This is commendable, even more so at a time when the auto industry is experiencing a general downtrend. Maruti itself is posting a double digit decline of about 22 percent since the last two months. 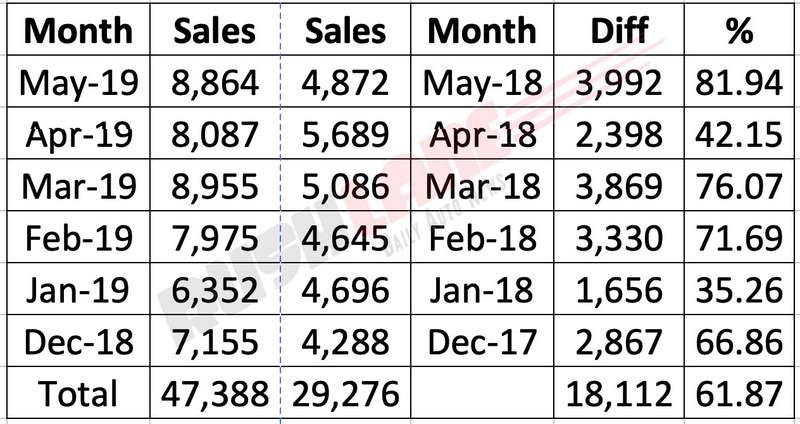 Ertiga is among the vehicles that have bucked industry trends to register positive growth in the last six months. Sales in initial months following launch were at about 7k units post launch, but that started improving from February when new Ertiga registered sales of 7,975 units. This was followed by its best ever performance in March, when sales zoomed to 8,955 units. Sales in April were at 8,085 units while in May, 8,864 units were sold. This translates into massive growth of around 82%, when compared to Ertiga sales in May 2018, reveals Auto Punditz.

New Ertiga May sales grew significantly even when Maruti Suzuki registered 24% decline in the same month. Ertiga was featured in the top 10 list of bestselling cars in May 2019. At ninth spot, it was ahead of Maruti Brezza, which was placed at 10th spot with sales of 8,781 units in May. Ertiga was the only MPV to be featured in the top 10 bestselling cars list in May.

Second-generation Ertiga deserves its growing popularity, as it has been completely revamped, with new platform, new engine options, and updated exteriors and interiors. New Ertiga is based on Heartect platform, which has significantly improved handling and driving dynamics. It also comes with new 1462 cc, K15 Smart Hybrid petrol engine that generates max power of 104.7 PS @ 6,000 rpm and max torque of 138 Nm @ 4,400 rpm. Engine is mated to a 5-speed manual transmission.

Maruti will next launch a premium version of Ertiga, which will boost sales even further. Called Ertiga Sport, it will be the most expensive Ertiga to go on sale in India. It will be sold via Nexa dealer, unlike the regular Ertiga, which is sold via Maruti Arena dealer.