Maruti Suzuki had recently signed up Bollywood Actor Varun Dhawan as brand ambassador of its new Arena range of dealerships. This happened just ahead of the official launch of the new Ertiga MPV.

The association was revealed via a TVC in which Varun Dhawan explains the modern day Maruti dealerships under the Arena badge. He shows off how these showrooms will be heavily digital, offer better customer service and better interaction between buyers and sales personnel at the Arena dealerships. 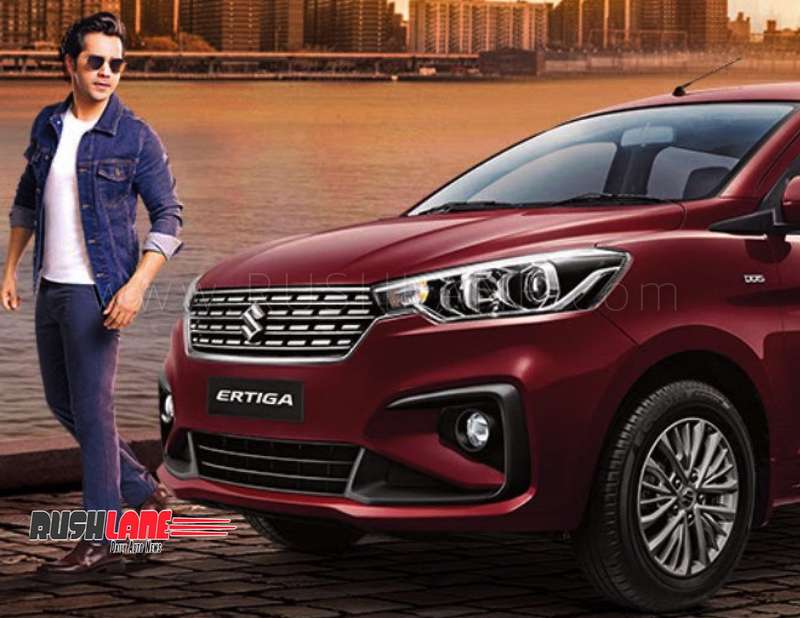 Varun Dhawan and his five friends in the Ertiga show off its extensive interior space and the ease at which the MPV can travel across winding roads and the attention it garners while travelling along city roads. The MPV is suited for both city travel and weekend getaways with comfortable cabin and a spacious boot.

New Maruti Ertiga has been launched in India at prices starting at Rs 7.44 lakh. 2018 Ertiga gets a new design language that makes the new MPV attract much more attention than its earlier counterpart. The new Ertiga sports headlamps with projector lens and a set of boomerang shaped LED tail lamps. It also sets 15” alloy wheels which are only offered on the top spec model while lower trims come in with 15” steel wheels.

Maruti Suzuki Ertiga is powered by the same engine lineup as seen on the Ciaz. Its 1.5 liter petrol engine is capable of 103 bhp power and 138 Nm torque while the 1.3 liter diesel engine produces 90 bhp power and 200 Nm torque. The Ertiga is now on sale at all Maruti Arena outlets and will compete with Renault Lodgy, Honda BR-V, Mahindra Marazzo in the MPV segment.