At the media drive of new Ciaz, Maruti Suzuki India revealed that they will not be launching the Swift Sport in India. The reason – it will be very expensive for our market. As per estimates, if launched in India, the price of Suzuki Swift Sport could be in the range of Rs 20-25 lakhs.

Now, this has saddened a lot of enthusiasts, especially those of us who have been waiting for the top of the line Swift – which now is the fastest Swift around a race track ever. Adding salt to the wound is this new video by Aman Oliver, a professional car drifter. Watch him play with the machine on a race track in the video below.

The Suzuki Swift Sport hatchback, the sportiest car sold by the Japanese automakers. Apart from the drifting video, the car was recently subjected to this Moose Test and scored high points. It earned praise from testers both where its responsive steering and ability to maintain stability was concerned.

Moose Test is performed to determine how well a certain car can evade the sudden appearance of an obstacle. The test is standardized in ISO 3888-2. It is performed on dry road surface with traffic cones set up in an ‘S’ shape. The car to be tested has a driver and passenger in each seat while weights are placed in the trunk to achieve maximum load. 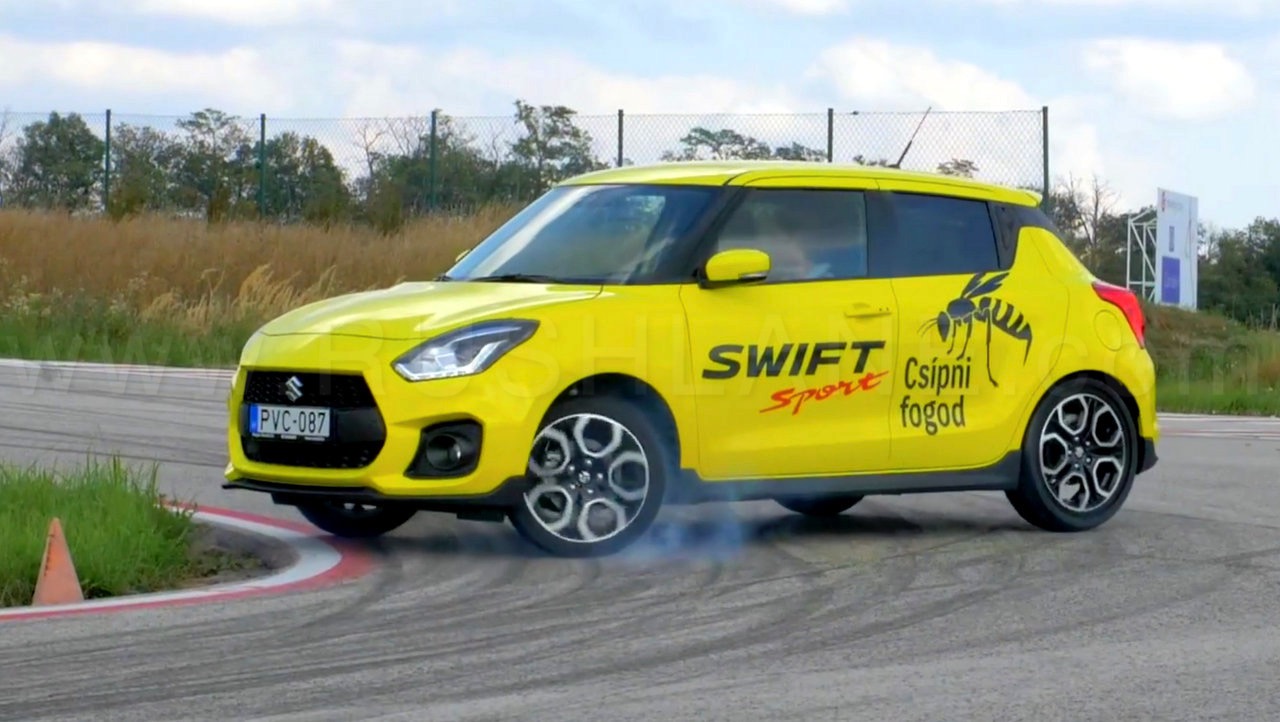 Powered by a 1.4 liter BoosterJet turbo engine, which delivers 140 PS for a car which weighs just 970 kgs. This makes the small car fast enough for everyday use, and some race-track fun on the weekends.